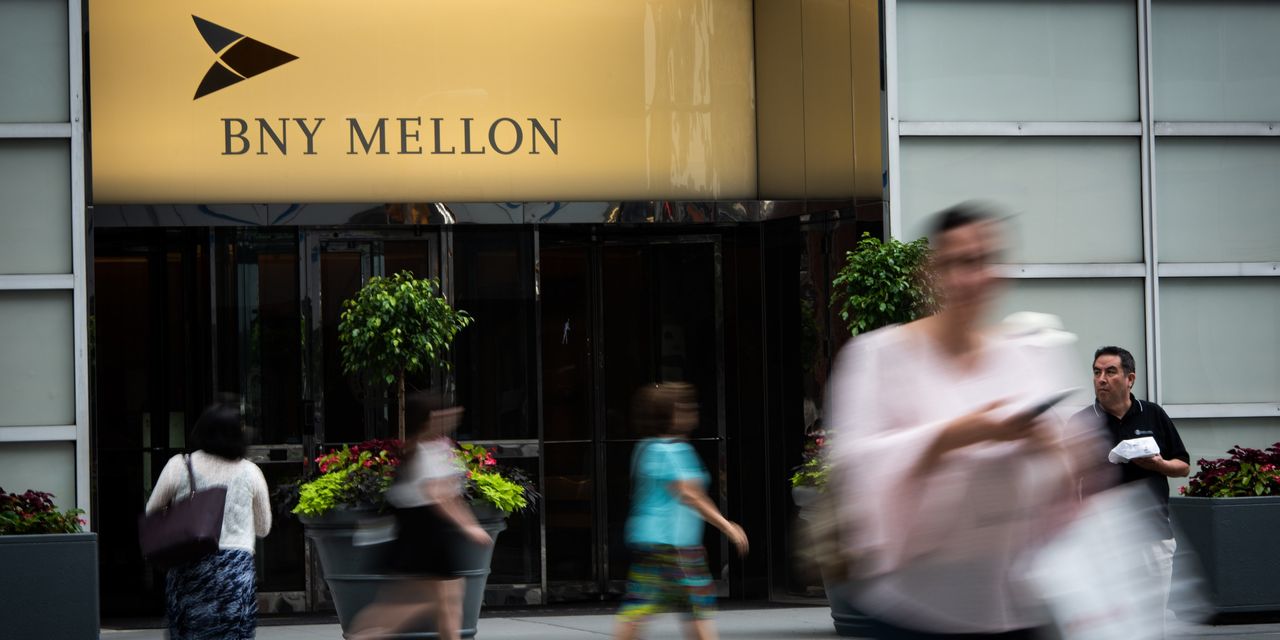 Bank of New York Mellon Corp. BK 2.61% is investing in a cryptocurrency startup, the latest move by a traditional Wall Street player to embrace digital assets.

The startup, Fireblocks, builds tools for the secure storage and transfer of bitcoin and other cryptocurrencies. BNY Mellon plans to use Fireblocks’s technology to underpin a new business that the bank unveiled last month, in which it plans to serve as a custodian for digital assets on behalf of institutional investors.

BNY Mellon’s strategic investment in Fireblocks is part of a larger funding round that Fireblocks is set to announce Thursday. The New York-based startup raised $133 million from investors, including hedge-fund firm Coatue Management LLC and venture-capital firms Ribbit Capital and Stripes. BNY Mellon didn’t disclose the size of its investment.

Fireblocks was founded in 2018 by veterans of Israeli military intelligence. The Series C funding round gives the firm a valuation of more than $900 million, a person familiar with the matter said. Fireblocks has raised $179 million to date, including the new round.

Cryptocurrencies have enjoyed a wave of interest this year from mainstream financial firms and corporations. Those include Mastercard Inc., which has said it plans to support some cryptocurrencies on its network, and Tesla Inc., which bought $1.5 billion in bitcoin for its treasury.

Amid the growing interest, bitcoin has nearly doubled in value since the beginning of the year and was trading above $58,000 on Wednesday. The biggest U.S. cryptocurrency exchange, Coinbase Global Inc., recently filed plans to go public on the Nasdaq Stock Market.

BNY Mellon is one of the world’s largest custody banks. Such banks play an essential role in global finance by ensuring the safe storage of assets held by institutional investors, such as pension funds and mutual funds.

One reason why money managers have been reluctant to invest in cryptocurrencies—besides their volatility and uncertain regulatory status—is the lack of reputable custodians for digital assets. Safe storage is especially critical in crypto because of the frequency of cyberattacks. Collectively, hackers have stolen billions of dollars of digital currencies since bitcoin made its debut in 2009.

Earlier this month, payments giant PayPal Holdings Inc. acquired a rival of Fireblocks, Curv, in another sign of interest in crypto-custody technology. State Street Corp. , one of the other major custody banks, also says it is working on a digital-asset-custody service.

Fireblocks has developed what is effectively a safe-deposit box for cryptocurrencies, along with a crypto version of the Swift money-transfer network used by banks.

In February, more than $100 billion of digital assets were moved through Fireblocks’ network, more than double the level from three months earlier, the firm says. That rapid growth reflects the rally in bitcoin, ether and other cryptocurrencies as well as increasing usage of the network. Fireblocks says it has more than 200 clients, including some of the larger crypto-focused trading firms.

The startup is also working with five other multinational banks besides BNY Mellon, according to Fireblocks Chief Executive and co-founder Michael Shaulov. He declined to identify the banks.

In the early 2000s, he served in Unit 8200 of the Israel Defense Forces, the country’s equivalent of the National Security Agency. Fireblocks’ other two co-founders and many of its engineers have similar backgrounds.

In an interview, Mr. Shaulov said his experiences in the secretive unit lay the groundwork for his career in cybersecurity. “Once you understand how the attackers work, or how the attackers operate in their most advanced capacity, it gives you a lead in terms of understanding how to build the defense systems,” he said.

A spokesperson for the Israel Defense Forces declined to comment.