Bitcoins, coming soon to an ATM near you? – CBS News 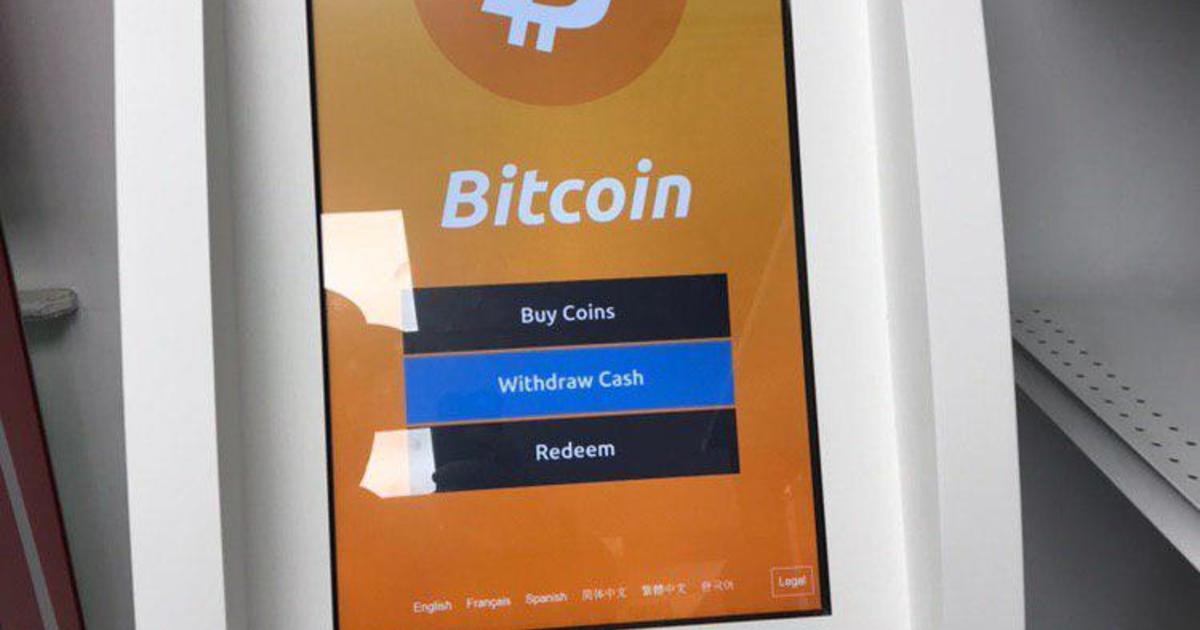 In the not-too-distant future, Americans won’t have to drive or even walk very far to find a bitcoin ATM.

Connected to the internet, Bitcoin ATMs resemble traditional ATMs but link to an exchange rather than a bank account. The machines take cash for bitcoin or other digital currencies. Some also let users sell bitcoin for cash.

Most of the transactions involve people paying $300 to $500 to buy a small stake in bitcoin, the price of which has been surging (along with its carbon emissions), lately trading at a record high near $62,000. Users pay transaction fees that range from 6% to 12%, according to Pamela Clegg, director of financial investigations and education at cryptocurrency compliance firm CipherTrace.

The machines offer a way into the market to those who “may not have the desire or funds to open an account at one of the big exchanges,” Clegg said.

Not yet ubiquitous, bitcoin ATMs are in stores, restaurants and airports scattered across the country. They can be found in all but two states — Alaska and Vermont — as well as in the District of Columbia, according to Coin ATM Radar.

There’s already a kiosk offering the world’s most popular currency for cash in the gift shop of the Pioneer Auto Museum in Murdo, South Dakota, a town of less than 500 people. “Coin Cloud contacted us,” museum owner Vivian Sonder told CBS MoneyWatch. “I told them we’re very seasonal and it’s kind of quiet right now, and they said ‘Nope, that’s okay’.”

“A few people have used it,” Sonder said of the machine installed about five months ago and for which Coin Cloud pays her $200 in rent. “It’s not that we’re not aware of bitcoin, but we’re a tourism and ranching community.”

That said, the move to having a bitcoin ATM on every corner is only picking up speed. The count of cryptocurrency ATMs across the U.S. accelerated 85% over the last six months to roughly 14,000 from 7,567 in September 2020, according to data compiled by Trading Platforms.

Las Vegas, Nevada-based Coin Cloud has 1,600 machines offering 35 different digital currencies up and running across the U.S., with another 400 going up this month and plans to have 10,000 installed by the end of the year.

“Our company has grown 400%, 500% every year since 2014 and is self-financed,” Chris McAlary, Coin Cloud’s founder and CEO of Coin Cloud, said. “The industry has grown out of consumer demand, not because of some VC behind us.”

Making an investment is the biggest reason people use the machines, followed by remittance or paying off an invoice, typically an international payment, McAlary said.

“You could buy bitcoin in the U.S. and have it immediately sent to family in another country,” so long as there are places to cash it, Clegg said. The transaction fees could be lower than those of other money-transfer companies like Western Union or MoneyGram, she added.

Convenience is also a factor. “A bitcoin ATM is the only way to get bitcoin in under 20 minutes,” said Ben Weiss, president and COO of CoinFlip, which like Coin Cloud, pitches its machines to retailers and convenience stops as a way to bring in additional foot traffic and extra income for renting out space. Also in expansion mode, Chicago-based CoinFlip operates 2,000 bitcoin ATMs in 46 states, adding 1,000 of the ATMs in 2020 and another 500 so far this year.

“The reason people use the bitcoin ATMs is there are still a lot of people who are unbanked, or underbanked,” added Weiss.

About 7.1 million U.S. households, or 5.4%, did not have a bank account in 2019, according to the Federal Deposit Insurance Corporation. That cash economy has many making weekly treks to cash paychecks. “In smaller town USA, check cashiers are still a real thing,” said Clegg.

Consumers should consider the transaction fees and locations of bitcoin ATMs, with some operators more scrupulous than others, said Clegg, who also cautioned those using the machines to buy digital currency to first check what it’s fetching online.