10 Best Cryptocurrencies To Invest in for 2021 – GOBankingRates 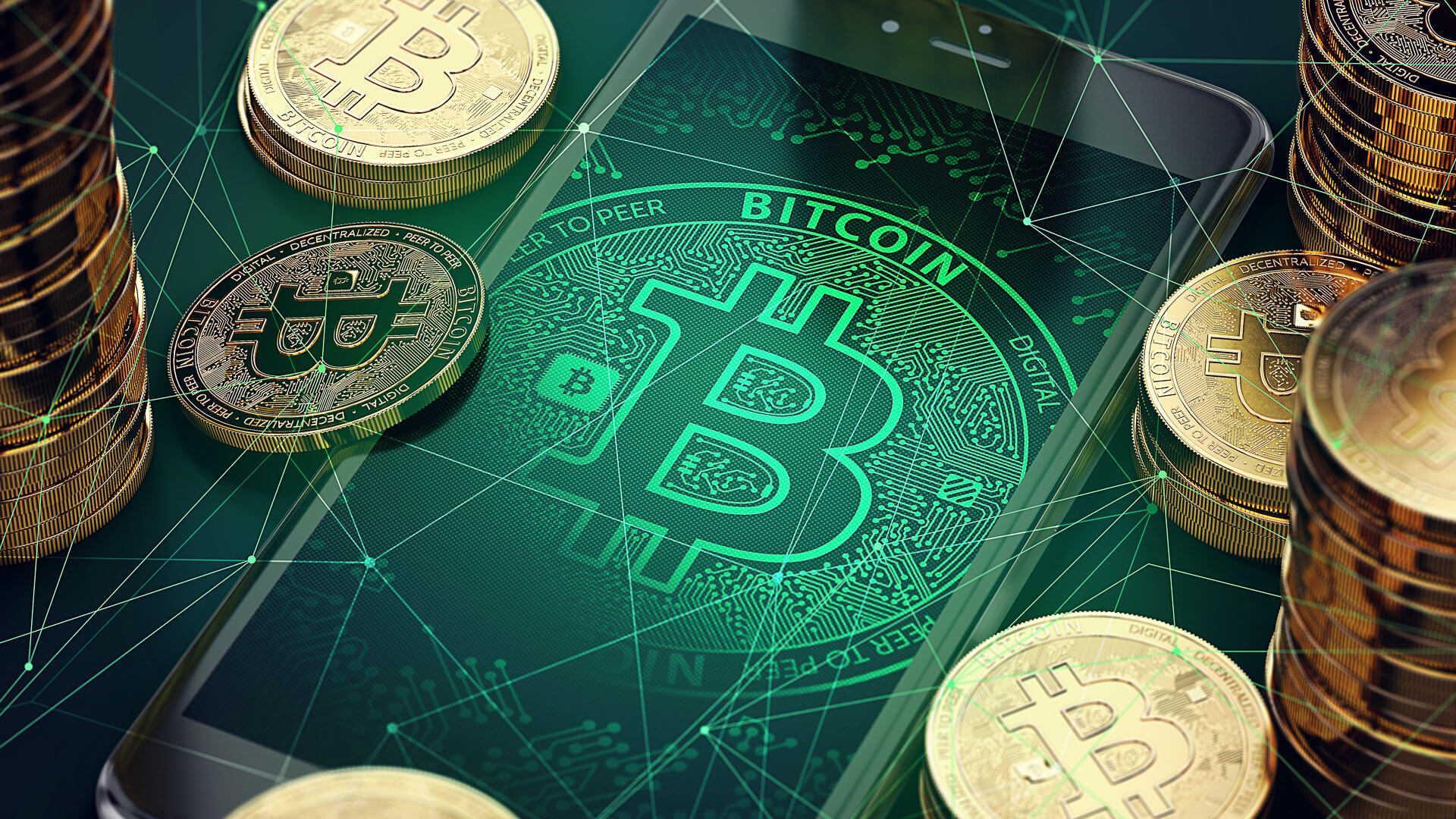 Cryptocurrency is digital money that isn’t managed by a central system like a government. Instead, it’s based on blockchain technology, with Bitcoin being the most popular one. As digital money continues to gain traction on Wall Street, more and more options become available. There are currently more than 5,000 cryptocurrencies on the market.

While you can use cryptocurrency to make purchases, most people treat it as a long-term investment. However, investing in cryptocurrency can be risky if you don’t know where to begin. These are the top 10 cryptocurrencies that are most worthy of investment in 2021.

Run a quick online search and you’ll find dozens of recommendations for how to invest in cryptocurrency. In choosing the top 10 picks, the following factors were considered.

How long has the cryptocurrency been around? New cryptocurrencies aren’t immediately ruled out, but having historical data for comparison helps you see how a company has performed up until now.

How has the company performed during its years in business? If you see stability in prices, that’s a good sign. If you notice that the cryptocurrency is gaining traction and becoming more valuable with time, that’s even better.

Past performance is not indicative of future performance. At any time things can change, and an investment may perform better or worse than it has in the past.

How does the platform compare to others in terms of usability and security? The first thing you want to look for is the speed at which transactions occur. The network should be able to handle transaction traffic with ease.

Bitcoin has been around for the longest of any cryptocurrency. It’s easy to see why it’s the leader, with a price, market cap and volume that’s much higher than any other investment options. Even with thousands of other cryptocurrencies on the market, Bitcoin still represents 40% of the cryptocurrency market cap.

Many businesses already accept Bitcoin as payment, which makes this cryptocurrency a smart investment. Visa transacts with Bitcoin, and Tesla CEO Elon Musk recently invested $1.5 billion in it. Plus, the larger banks are beginning to incorporate Bitcoin transactions into their offerings, too.

Risks of Investing in Bitcoin

The value of Bitcoin tends to fluctuate a lot. You may see the price go up or down thousands of dollars during any month. If wild fluctuations like these make you nervous, you may want to avoid Bitcoin. Otherwise, as long as you keep in mind that cryptocurrency is a smart long-term investment, these fluctuations shouldn’t be too concerning.

Another reason to reconsider investing in Bitcoin is its price. With a single share costing more than $50,000, most people can’t afford to buy whole shares of the stock. For investors who want to avoid buying partial shares, this is a negative.

Ethereum is different from Bitcoin because it isn’t only a cryptocurrency. It’s also a network that allows developers to create their own cryptocurrency utilizing the Ethereum network. While Ethereum is far behind Bitcoin in value, it’s also far ahead of the other competitors.

Even though it came out years after some other cryptocurrencies, it has far exceeded its place in the market because of its unique technology.

Risks of Investing in Ethereum

While Ethereum utilizes blockchain technology, it only has one “lane” for conducting transactions. This can lead to transactions taking longer to process when the network is overloaded.

A hack in 2016 led to more than $60 million Ether dollars lost because of a flaw in the Ethereum wallet. While the company has made strides in increasing its security, loopholes are always a risk with any cryptocurrency investment.

Binance is one of the few cryptocurrencies to reach its peak after 2017. During that year, there was a bull market and the price of all cryptocurrencies rose on it, reaching a peak before plateauing and decreasing in value.

Unlike other cryptocurrencies, Binance Coin continued a slow but consistent trend upward after 2017. Because of its performance, Binance Coin has proven to be one of the more stable investment options, posing fewer risks.

Risks of Investing in Binance Coin

What sets Binance Coin apart from its competitors is that it was created by a company instead of a group of tech developers. Although Binance Coin’s commitment to maintaining a strong blockchain has won over many skeptics, some investors remain leery of this cryptocurrency and its potential security issues.

Tether is the most stable of all cryptocurrencies because it is tied to the U.S. dollar. For each unit of Tether, there is one dollar in the Federal Reserve Bank. This makes Tether great for investors who want to transact with their cryptocurrency .

Risks of Investing in Tether

Investors have raised questions over the actual reserve stock. There are doubts that there is truly a U.S. dollar in the reserve bank for each Tether unit. If this were ever disproven, the value of Tether’s stock could drop quickly.

The Cardano network has a smaller footprint, which is appealing to investors for several reasons. It takes less energy to complete a transaction with Cardano than with a larger network like Bitcoin. This means transactions are faster and cheaper.

It claims to be more adaptable and more secure. Cardano consistently improves its development to stay ahead of hackers.

Risks of Investing in Cardano

Even with a better network, Cardano may not be able to compete with larger cryptocurrencies. Fewer adopters mean fewer developers. This isn’t appealing to most investors who want to see a high adoption rate. The platform has big plans, but there are doubts about whether it can live up to that potential.

Don’t be discouraged by fluctuations in the market. Your investment may lose money one day and make a profit the next. Instead of getting caught up in the day-to-day changes, look at the big picture.

Polkadot was created by Ethereum leaders who broke away to form their own cryptocurrency with a better network. Instead of having a single “lane” to complete transactions in, Polkadot has several.

This cryptocurrency was designed to reward genuine investors and weed out people who are just trading on the stock market to make money fast. Investors who are engaged in the company also help to make decisions on things like:

Risks of Investing in Polkadot

Polkadot’s founder, Gavin Wood, first introduced the cryptocurrency via a whitepaper in 2016. At the end of 2020, Polkadot began trading on the stock market. With such a short history, Polkadot doesn’t have a track record for comparison, making it a riskier investment for potential buyers.

Ripple is the company that unveiled the XRP token and is enticing to investors because it sets itself apart from other cryptocurrencies by offering international transactions. With a bank, international money transfers can take up to 10 business days. With Ripple, the same transactions take mere seconds.

Plus, Ripple has contracts with big banks around the world. The more contracts it has, the more accessible the Ripple cryptocurrency is to adopters.

Risks of Investing in Ripple

Ripple showed promise in 2017 when its value jumped 36,000%. However, when you look at the fact that the percentage represented growing to a $2.40 stock value, it’s less impressive. As you’re researching cryptocurrencies, don’t be distracted by high percentages. Get down to the real numbers and see what the growth really means.

Originally established in 2011, Litecoin hit the market at the same time as Bitcoin. However, it didn’t take off in the same way. Litecoin boasts completing transactions four times faster than Bitcoin.

Risks of Investing in Litecoin

Since Litecoin and other cryptocurrencies are tied closely to Bitcoin, their value will generally fluctuate along with Bitcoin. This means the value will go up and down just as Bitcoin does, although at a lesser rate. If you consider Bitcoin’s volatility a negative, Litecoin may not be a good choice for you.

Chainlink is unique as a cryptocurrency because it has an appealing price. While the shares are affordable to buy, they’re also priced high enough to not be considered penny stocks. This is appealing to investors because it has proven it can increase in value, and there is still a lot of room for growth.

It’s also available for trading on Coinbase, one of the world’s largest cryptocurrency apps. Being more accessible also makes Chainlink appealing to investors.

Risks of Investing in Chainlink

While it’s still above thousands of other cryptocurrencies, it has a lower volume and market cap than more appealing cryptocurrencies. That’s why Chainlink ranks so low on the top 10 list.

Stellar’s Lumens, also known as XLM, was established to serve a niche need within the world of cryptocurrency. It’s essentially the PayPal of cryptocurrency networks, serving as a bridge between banks and blockchain networks.

As a decentralized network, Stellar can convert any currency and trade it across channels. It makes these transactions cheaper and faster than they would be with a traditional bank.

Risks of Investing in Stellar (XLM)

Because Stellar (XLM) caters to a niche market, it will likely see other companies try to compete against it. If another cryptocurrency network creates a better platform and takes traffic from Stellar, it could affect the company’s stock value.

Don’t settle on any number of cryptocurrency investments without continuing to learn about the market. A new cryptocurrency network could easily climb the ranks and emerge as a leader above other platforms. As an investor, the smartest thing you can do is to stay abreast of market happenings.

There’s no question about it: Cryptocurrencies are here to stay. The question becomes, where is the best place to invest your money in the market?

As you decide which cryptocurrency is the best investment for you, here are some other things to keep in mind:

If you’re strictly looking to invest without transacting within the network, remember that cryptocurrency isn’t a get-rich-quick scheme. Instead, you should consider it a long-term investment.

Our in-house research team and on-site financial experts work together to create content that’s accurate, impartial and up to date. We fact-check every single statistic, quote and fact using trusted primary resources to make sure the information we provide is correct. You can learn more about GOBankingRates’ processes and standards in our editorial policy.

Katy Hebebrand is a freelance writer with eight years of experience in the financial industry. She earned her BA from the University of West Florida and her MA from Full Sail University. Since beginning to work full-time as a freelance writer three years ago, she has written on topics spanning many fields, including home building, families and parenting, legal and professional/corporate communications.