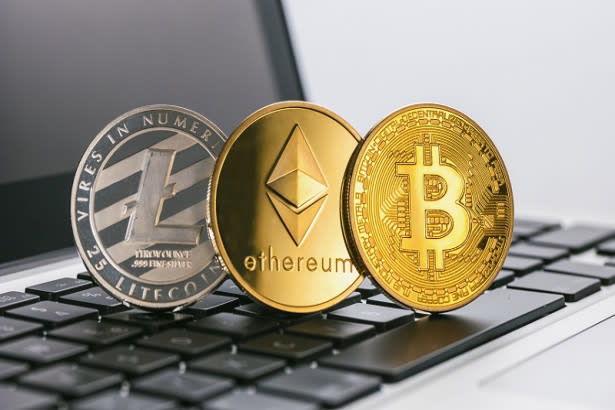 Such an impressive uptrend was fueled by news of further adoption by some of the largest financial institutions worldwide.

Citi declared that Bitcoin could become the “currency of choice” for international trade in a few years. The U.S. banking giant has released a 108-page document at the beginning of the month titled “Bitcoin: At The Tipping Point,” arguing that BTC is the “North Star” that acts as a guiding light for decentralized finance and other areas of the blockchain space.

Along the same lines, the Director of Fidelity’s Global Macro Jurrien Timmer said that Bitcoin has evolved as a form of digital gold. According to the analyst, BTC will become scarcer than the precious metal, becoming a “more convex form of gold.” Weighing the pros and cons of investing in the digital asset, Timmer stated that it might make “one component of the bond side of a 60/40 stock/bond portfolio.”

The acknowledgment that Bitcoin is now part of the global financial system from such major corporations seems to have been the catalyst that pushed prices to a new all-time high of $61,800 in mid-March.

Nonetheless, the rising price action was quickly spoiled by a senior government official in India who stated that the nation would almost certainly ban cryptocurrency. The news reignited fear among crypto investors in the South Asian country since holding cryptocurrencies was also going to be a criminal offense punishable by up to 10 years imprisonment.

As investors in India began to panic sell their holding, Bitcoin took an 18.50% nosedive to hit a low of $50,500 on March 25th. But some market participants took advantage of the downswing to add more tokens to their portfolios at a discount, with American citizens spending a significant portion of their U.S. stimulus checks into BTC.

The bellwether cryptocurrency closed the month on news that Morgan Stanley was planning to offer its richest customers the option to invest in Bitcoin in high-risk funds, allowing prices to recover from the Indian sell-off.

Ethereum Miners Threaten to Disrupt the Network, But Tensions Eased

Like a rising tide that lifts all boats, the global recognition that Bitcoin achieved throughout March also helped Ethereum surge. The second-largest cryptocurrency by market capitalization rose from a monthly open of $1,420 to close the first quarter of the year at a high of $1,909, according to CEX.IO’s exchange rate. ETH investors generated a monthly profit of nearly 35%.

Ether kicked off the month on news that Amazon Managed Blockchain added support for the smart contracts blockchain, allowing users to set up Ethereum nodes and join the network via Amazon’s blockchain service.

Although the news was well-received by software developers, a proposal to improve Ethereum transaction costs took center stage.

Ether’s core developers agreed to add the blockchain’s crucial EIP-1559 to the London fork in July. The idea behind the improvement proposals was to burn a portion of the gas fees on every transaction to reduce ETH supply. EIP-1559 could be thought of as an “ETH buyback,” making Ethereum a deflationary asset

Certain miners publicly opposed the update since it would hurt their source of revenue. For instance, SparkPool and Bitfly, two of Ethereum’s key mining pools, shared their concerns on Twitter, stating that they were “sad to see many people only care about price now.” As a result, the hashtag “#stopeip1559” gained a significant amount of support.

While several community members threatened to move their hashrate to Ethermine for 51 hours, Ethereum creator Vitalik Buterin vowed for a more immediate merge of Ethereum 1.0 and Ethereum 2.0. The merge would mark a more thorough transition to proof-of-stake and prevent miners from attacking the network.

As tensions heated up between miners and Ethereum developers, market participants became concerned over the network’s stability. The potential Indian ban on crypto also served as fuel for a sell-off that saw ETH drop by nearly 22% to hit a low of $1,550 on March 24th.

Thankfully, Ethereum layer 2 solution Hermez Network launched on mainnet promising to alleviate some of the well-documented congestion issues. Through ZK-Rollup technology, it was suggested that ETH would process vast amounts of transactions, moving billions of dollars worth of digital assets.

The announcement was well received by the crypto community alongside Visa’s decision to allow digital currency payments settling directly on the Ethereum blockchain. Such positive developments allow Ether to recover the losses incurred and close the month in the greed.

The Bull Run Isn’t Over Yet

April has historically been the most bullish month for Bitcoin and Ethereum. Price data reveals a 51% average gain for both cryptocurrencies during the fourth month of the year. More importantly, Coinbase’s upcoming listing on the NASDAQ could significantly affect prices since it will bring digital assets to a new realm of investors.

Market participants have already been placing their bets for the coming weeks. With $2 billion in open interest and a 0.79 put/call ratio, speculators forecast BTC will reach a price of $80,000 before the end of the month. Meanwhile, Ethereum’s technical indicators predict a nearly 40% advance towards a new all-time high of $2,500 or higher.