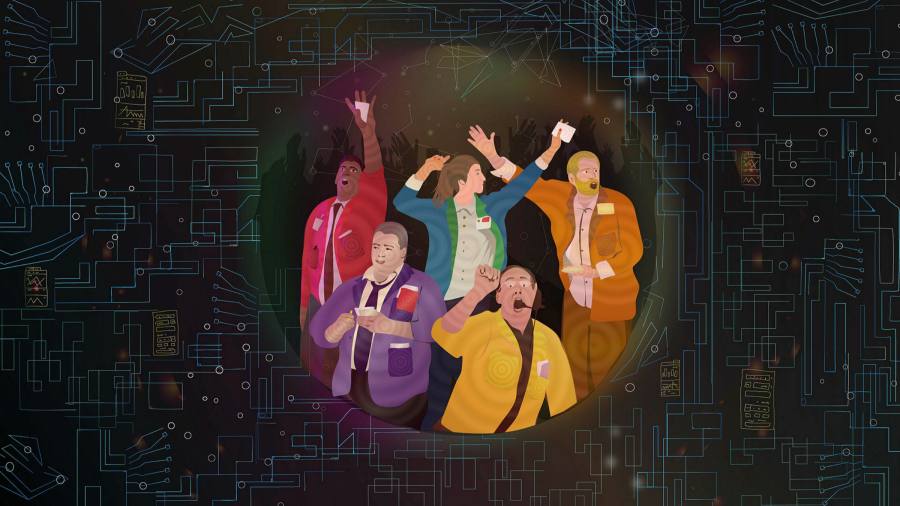 Credit Suisse and Nomura have lately grabbed headlines for all the wrong reasons. But amid their multibillion-dollar losses in the Archegos debacle, nestled a snippet of very different news that may hold more profound implications for the future of finance.

This week Credit Suisse cut some US equities trades with the Nomura-owned broker Instinet, using blockchain. This technology has been used before to verify other kinds of transactions. But these trades were a “first” because settlement occurred in hours and not the two days needed with America’s Depository Trust and Clearing Corporation, the industry-owned utility that normally settles stock trades.

Think of it, if you will, as a financial version of moving from the snail mail of post to zippy emails. Wall Street currently uses a third party, the DTCC, to transfer assets, net off balances and collect margin to protect against losses. But now Credit Suisse and Instinet have dealt directly with each other by recording the trades on a shared digital ledger, and much faster, too.

Is this revolutionary? Not yet. The transactions were a small pilot and only took place because the Securities and Exchange Commission granted to blockchain specialist Paxos a temporary “no action” letter, meaning the innovation was tolerated but not formally approved.

Paxos is now applying for a permanent SEC licence to compete with the DTCC. It is unclear whether the SEC will agree, or if Paxos could even scale up to snip at the heels of the DTCC behemoth, which handled $2,150tn worth of trades last year. As Emmanuel Aidoo, digital markets head at Credit Suisse, observes tactfully: “Innovation in blockchain technology is [still] incremental.”

Even so, investors should take note. For one, the deal is a reminder that there is more to blockchain than the cryptocurrencies such as bitcoin that also use the technology. While obvious to crypto insiders, this point needs to be proclaimed loudly given how bitcoin grabs so much public and political attention.

I’d bet hefty sums, in any currency, that non-bitcoin innovations will eventually matter far more. In fact, Piper Sandler, an investment bank, guesstimates there are already around 4,000 financial assets and processes operating on blockchain technology.

Second, if the settlement process does embrace blockchain, it may have wide implications. Regulators have granted the DTCC an effective monopoly for four decades. A main reason for this is safety: to ensure trades do not fall apart and undermine confidence in markets.

That is fair enough. But the status quo looks increasingly anachronistic. Settlement takes days instead of hours. It also requires large back-offices to process deals, and enables financial groups to skim off fees. It injects other risks: while settlement is under way, precise ownership of the collateral is in limbo.

The two-day delay can also leave financial players subject to shifting margin calls, as happened during the meme stock trading dramas this year. In fact, Vlad Tenev, head of Robinhood trading platform, and Ken Griffin, founder of Citadel Securities, were so outraged that they are pushing to break the DTCC’s monopoly.

“This is an incredibly inefficient way to operate,” Charles Cascarilla, Paxos’s chief executive tells me, pointing out that $15bn to $30bn of industry capital and twice as much liquidity are tied up in DTCC systems.

Using blockchain, by contrast, may reduce the need to post the collateral required to protect against risks while the trades settle. Fees should fall, too.

A third point is that if this experiment takes off, it may result in co-operation rather than confrontation. Paxos likes to present itself as a plucky financial David challenging Goliath. But Cascarilla tells me that Paxos has a depository account at the DTCC for regulatory reasons, and that the DTCC is now conducting internal experiments with blockchain itself.

Moreover, the DTCC has recently issued a thoughtful white paper that proposes to use existing technology to cut settlement times to one day by 2023, if all its members approve.

Silicon Valley entrepreneurs may scoff that this is still too timid — especially as the DTCC now admits it can shrink settlement times if it wants. Crypto-enthusiasts also carp that incumbents have little incentive to innovate rapidly, given they can reap fat fees. As Dan Schulman, PayPal’s chief executive, told me: “Across the world, the financials’ take rate [on payments] has been 2.8 per cent for 10 years in a row, which is ridiculous.”

So the Credit Suisse-Instinet deal is notable. It does not mean finance will move to any speedy blockchain nirvana soon, as libertarians hope. There are still huge regulatory and technology challenges to overcome. Nor would everyone even want an accelerated world: if instant settlement occurred, financial players could no longer net off trades, forcing them to fund deals in advance.

Even so, the deal is another example of how societal ideas about what looks “normal” in a digitised world have been questioned during the pandemic, and so can change. The two-day settlement system is one such shibboleth.

The prospect of that process changing is something we can all applaud. It shows how competition, or just the threat of it, can introduce greater efficiency and hopefully less risk too.