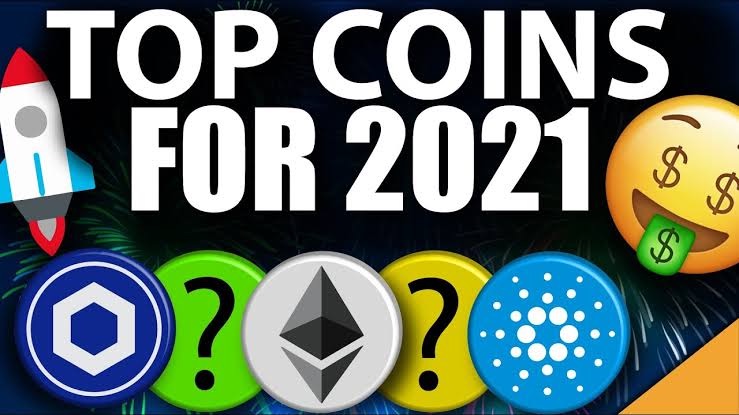 When it comes to alternatives for Bitcoin, there is hardly anything better than Ether. It is the second-most valuable cryptocurrency, and it is the most liquid apart from Bitcoin.

Established in 2013, Ether’s primary benefit is the fact that it runs on the most famous blockchain in the crypto space. The Ethereum blockchain provides a reliable space for decentralized apps (dApps) to operate, and it even comes with its dedicated programming language. With Ether, you get a cryptocurrency whose value is tied to actual use cases.

Beyond the use-case argument, there is also the fact that Ether gets a lot of benefit from the growing sub-divisions in the crypto space. Decentralized finance (DeFi) and non-fungible tokens (NFTs) are two of the most impressive aspects of the crypto space, and many of these platforms run on the Ethereum blockchain. With more use for the blockchain, Ether should get more of a boost as well.

There have been several competing blockchains to Ethereum so far, many of which aim to capitalize on Ethereum’s growing transaction fees. Still, Etehreum is gearing up for a network update that should address this issue and many more. Once the update is up and ready, users should multiply – and Ether should see immediate benefits from that.

With Ether becoming more useful almost by the day, there’s virtually no reason not to make a purchase.

Link is another crypto token whose value is tied to the utility of a blockchain or smart contract application. It is the foremost smart contract-related token out there, and it has gotten a lot of use as well.

With Chainlink, you can take outside data into smart contracts and improve their functionality. With this data, the smart contract and blockchain can act better on asset prices. Think of it like this – for all their benefits, smart contracts still can’t get data from external sources. Chainlink brings a stop to that.

Beyond asset prices, Chainlink also incorporates real-world data. For instance, it allows you to hedge against a bad season or check other critical information about the physical world. These smart contracts that are filtered through Chainlink can pay out insurance claims if values in the contracts like temperature and share price don’t meet a specific standard.

Chainlink has limitless potential, and many decentralized applications are also using it. As expected, there is bound to be a rise in the value of its asset, LINK.

$UNI is the native token for Uniswap, one of the top decentralized cryptocurrency exchanges. The exchange operates on the Ethereum blockchain, and it uses a new trading model called the automated liquidity protocol. Essentially, with this model, Uniswap incentivizes people who trade on it to provide liquidity.

Here’s an explainer from COinDesk on how Uiswap works:

“Each token listed has its own pool that users can contribute to, and the prices for each token are worked out using a math algorithm run by a computer (explained in “How token price is determined,” below). With this system, a buyer or seller does not have to wait for an opposite party to appear to complete a trade. Instead, they can execute any trade instantly at a known price provided there’s enough liquidity in the particular pool to facilitate it.”

$UNI is the governance token for Uniswap. Introduced in September of 2020, the token is enjoying the status of being one of the most liquid DeFi-native tokens available. You can find it on several of the top exchanges, including Coinbase Pro, Binance, Kraken, Gemini Huobi, and much more.

ADA is the governance token for Cardano, one of the most popular blockchain platforms. Cardano was launched in 2017 with the goal of becoming one of the top competitors to Ethereum. It was launched by Input Output Hong Kong, a blockchain company that develops applications for several purposes and institutions.

After first going on sale in 2016, ADA has enjoyed a significant amount of ups and downs. The asset’s price has swung in both directions, although it hit an all-time high of $1.49 in February 2021.

Investors would want to check out ADA because of some updates coming to the Cardano blockchain. There is a buzz about the blockchain receiving smart contract functionality, which will allow developers to create and run their decentralized applications on the blockchain.

Forecasts for ADA are also very bullish, with analysts expecting the asset to hit a $2 value before the year rounds out. Some even believe it could go higher than that.