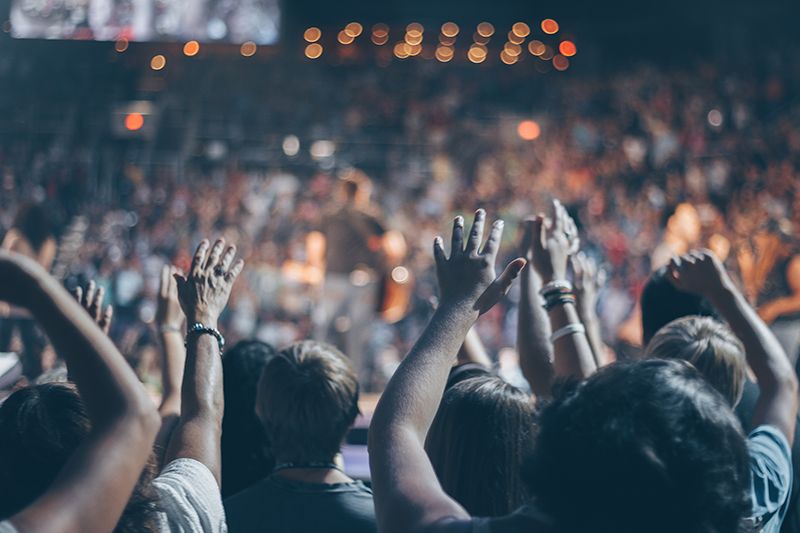 Crypto-based projects have expanded into the mainstream, attempting to tokenize new markets. One of those markets is fan engagement, an already lively space where adding tokenization is the perfect tool to combine finance with hot trends.

Fan engagement by itself is a hot trend for football clubs, becoming an industry standard in a quest for improved club revenues. Fan engagement is the goal of club managers, who wish to build a relationship of their fans with their team’s stadium, and boost demand for merchandise.

Just like every marketing effort, fan engagement has gone digital. Social media are a given, but blockchain and tokenization add another layer of engagement. The ease of use and immediacy of the token market can boost fan engagement efforts.

We looked at some of the token-based projects currently working on fan engagement solutions. Here are the top 5 builders of a more loyal fan base.

Iqoniq arose from the awareness that fans demand content for their sports or entertainment idols, but that content is often spread across multiple platforms. The Iqoniq tools offer aggregation of content, meaning fans will not miss any juicy bit about their idols, while also engaging through a single app. The app brings the latest trending celebrities based on media coverage and recent content.

The platform offers engagement for three main participants. Fans are at the forefront, demanding and engaging with content. Teams, brands and entertainment personas can build their proprietary digital home with Iqoniq. The platform also offers a meeting ground for brands and influencers.

Iqoniq also offers additional blockchain-based features. Its IQONIQ utility token serves to track engagement and works as a tool to redistribute revenues and rewards. The IQONIQ token serves as a loyalty reward when fans buy tickets or merchandise. The flexible token can boost engagement through rewards, cashbacks, discounts and other marketing tools chosen by sports and entertainment companies.

The IQONIQ token runs on its own blockchain, keeping an indelible record of transactions. The token is not linked to the Ethereum blockchain, with no surprising high fees or congestion. The network will be open to anyone willing to run a server, and scale up to 3,000 transactions per second.

Non-fungible tokens (NFTs) broke out in February 2021. NBA Top Shot tokens turned out to be one of the most successful collections. This was mostly due to the already huge fan base of the game.

NFTs, however, are only static content and mostly rely on demand for collectible tokens. Engagement is also limited to buying a single image, with few options for timely content.

NFTs also have the flaw of high costs, especially gas costs on the Ethereum network. The projects themselves were created at the spur of the moment, and do not take into account the needs of clubs or sports personalities to engage their fans.

NBA Top Shot relies on an already coherent community. The marketplace serves as the chief fan engagement venue, where tokens are exchanged, bought and sold. The community is also united through gamification and campaigns. The focus of this project remains on the NFTs, with less tools to bring out club brands.

Top fans gain attention through their rare collectibles, with the chief attraction of the platform being the very fast price growth of the tokens. In a way, top collectors are some of the real stars, which bring newcomers to the NBA collectibles.

ConsenSys is an all-encompassing blockchain ecosystem, which first appeared during the ICO boom in 2017. The project also decided to focus on the role of blockchain for sports and e-sports.

The ConsenSys ecosystem serves all the major points in fan engagement. Tokenization allows for incentives, but also crowdfunding for teams and sports events. The ecosystem has tools for teams, leagues, athletes, and for fan engagement.

TISA Group focuses on the monetization side of fan engagement. Through its blockchain token, TISA simulates the experience of partial ownership for a sports club. Through token ownership, fans also become stakeholders, receiving passive income from the club’s revenues, as well as bonuses and loyalty rewards.

Because token operations are highly flexible, stakeholders may also decide to invest in the transfer of a single player.

The TISA Group platform also allows for other uses of Club Tokens, including loyalty incentives and other forms of marketing and fan engagement. The platform opens up even to smaller clubs, where fans can interfere directly, even financing the team in a crowdfunding effort.

The project targets sports clubs, offering tools to bring a mix of financing opportunities and fan engagement and marketing tools. TISA also sells consulting services to teams willing to make blockchain the next step in their digital transformation.

The central asset for Mogul is the STARS token, a digital asset that is the fuel of the movie economy. STARS serves as a financing tool, and is the chief link of fans and creators. Mogul also serves as a hub for pitching projects, which are then approved by community voting. Successful projects receive both funding and consulting to realize their movies.

The STARS token can also be used to buy exclusive movie posters, linked to NFTs. Fan engagement also happens in watching movies, resulting in rewards and bonuses. Mogul plans to run its own blockchain, making the STARS token also independent from high fees on other public networks. The tokenization process can be used to involve both large-scale movie financing, as well as grass-roots communities with an idea for production.

The STARS token will be essential for the voting mechanism. To avoid double and triple voting by “whales”, the Mogul blockchain makes each vote exponentially more expensive.

As blockchain projects gain more prominence with the wider public, fan engagement may become one of the hotspots for token transfers, NFT creation and trades and new financing opportunities.