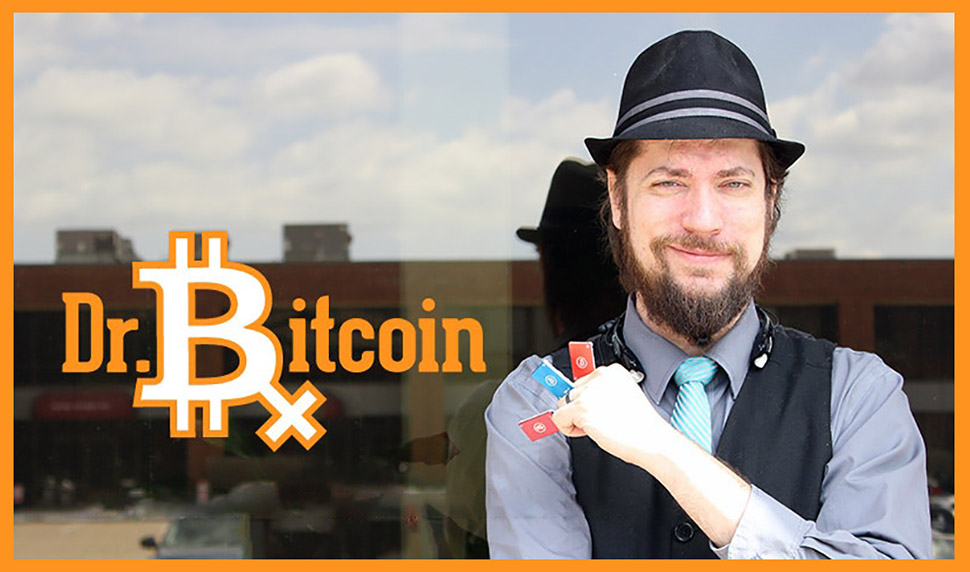 When Coinbase’s shot up to more than $400 a share on its first day of trading—well above it’s predicted market open—Mark Hopkins was instantly inspired.

He quickly penned the latest iteration of his eponymous “Ask Doctor Bitcoin” column, aptly named after the week’s hottest news: “How do I explain Bitcoin to my friends?” Here’s some handy tips:

Hopkins, who is a local serial entrepreneur, blockchain expert, and journalist, publishes the weekly blog on paid newsletter platform Substack. He previously helmed the Roger Wilco Agency, a creative agency focused on content marketing, and served as a consultant across Dallas’ blockchain and startup community.

Before that, he covered technology for Forbes, TheCUBE and Mashable, and covered startups and crypto at SiliconANGLE and LaunchDFW.

Launched in 2013, the “Doctor Bitcoin” brand is a way for Hopkins to offer his years of expertise as a vital educational tool during major news events.

For instance—he sees the cryptocurrency, blockchain, and bitcoin space as one that’s sat on the “bleeding edge for a while.” But, it’s also a space that has begun to come into its own, in a way that Hopkins calls a “serious arrow in the quiver of the enterprise and institutional investors.”

But recently, a new technology has come into the limelight. Hopkins even says it was incepted here in Dallas.

“I spent probably more time than most working with and researching NFTs when I was CTO with Veritoken,” Hopkins told Dallas Innovates. “It’s fascinating that the art market has succeeded in what our goal was there: popularizing and standardizing NFTs.”

Hopkins time at Veritoken, a local blockchain company, came when they ‘acqui-hired’ the Roger Wilco crew in early 2019. According to Hopkins, the team’s goal was to take the technology concept of NFTs and use them as tools to standardize trustless transactions across a variety of industries.

“In light of how popular NFTs are now, Veritoken’s demise is even more heartbreaking than it was in 2019,” Hopkins says. “Ultimately, that gave me the freedom to be choosy about my next few projects, which has led to some really fun experiments in blockchain, AI, 3D printing and journalism.”

Directly up next for Hopkins is growing the Ask Doctor Bitcoin newsletter. You can subscribe here. But, he says he’s consistently tempted by interesting new projects.

“I just finished working on an AI project for PeopleReady, and with cryptocurrencies seeing another bull run, I’m getting first looks at more than a couple interesting ideas,” Hopkins says. “I’m going to stay choosy with what I get involved in, but ultimately I just love playing with new tech.”

Sign up to keep your eye on what’s new and next in Dallas-Fort Worth, every day.

Among possible applications for blockchain technology, real-estate titles—a bit of land legalese that many people may only think about as...

Significance of Blockchain Testing in 2022 and Beyond – ReadWrite

A successful company’s goal is to safely store digital data and operate it on a trusted platform, and companies worldwide...

The Ministry of Economic Development of Italy has announced that certain blockchain projects will qualify to apply for up to...