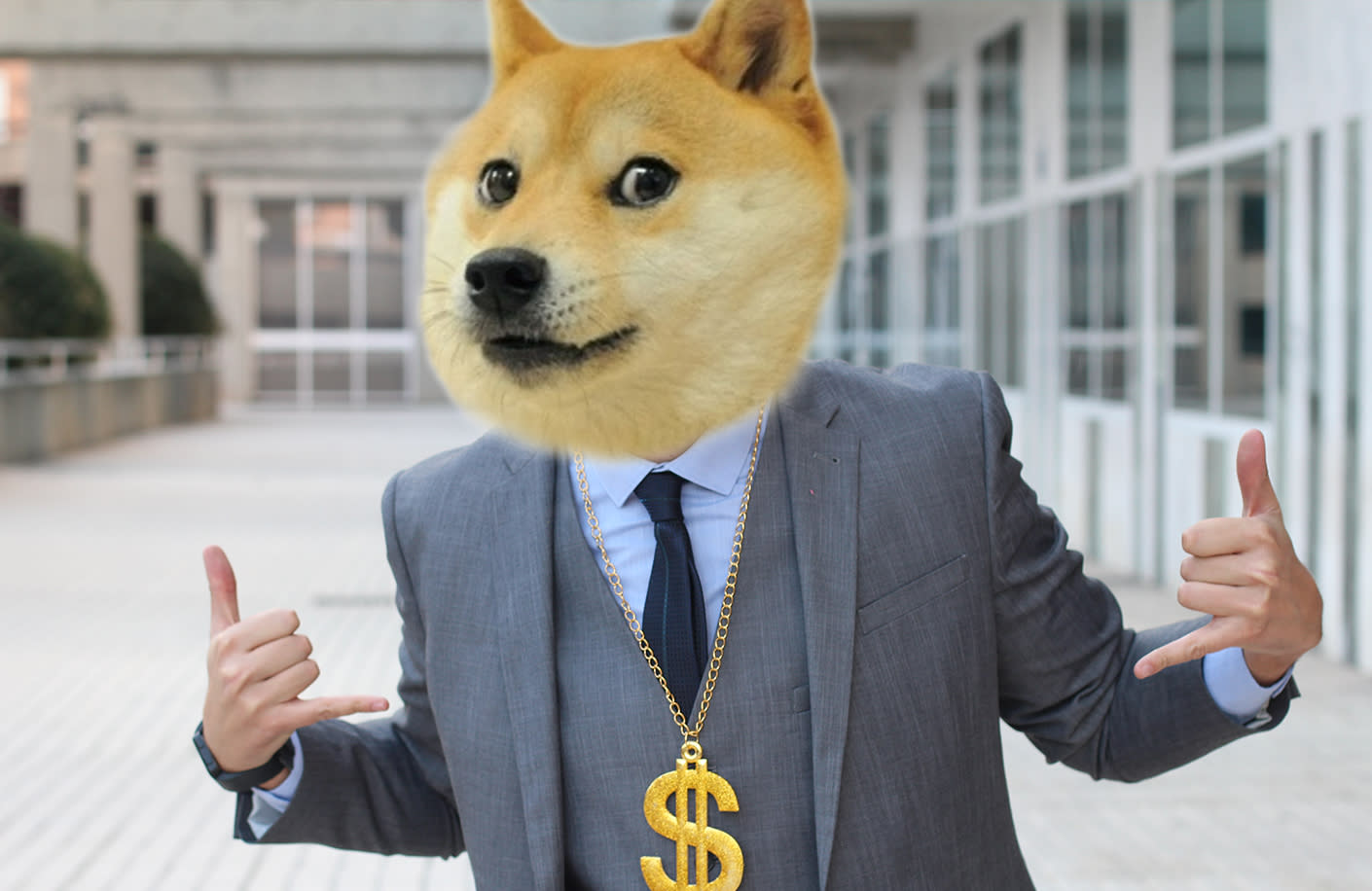 To those of us who have been in the industry for a long time, Dogecoin has always been an oddity: A project that has exceptional approachability and appeal to new users while lacking most of the characteristics that make cryptocurrencies useful or valuable.

Created in 2013 by Jackson Palmer and Billy Markus, the project was abandoned years ago by its founders and developers, if not its fans. Until recently, it was in such a weak state that it couldn’t even power its own blockchain infrastructure and in 2014 hitched its proverbial wagon to another early cryptocurrency called litecoin.

At the time, that seemed like a necessary move – there were questions about whether DOGE could survive at all. Then, yesterday, the top meme token eclipsed its patron chain.

For the moment at least, dogecoin is more than double the size of litecoin (and 330-year-old Barclays bank as well) when measured by market capitalization.

So what on Earth is happening here?

Money is what people make of it

A couple of years ago, I did a series of interviews with people in Iran, India, Singapore, Honduras, Nigeria and a couple of other places. I went in assuming that bitcoin would not be the token of choice because the transaction fees are, in many cases, higher than a day’s wage and just generally are out of whack with the value scales locally.

I learned that, although that was true, people still saw bitcoin as their best option, which created a self-reinforcing cycle, the implications of which we’re still watching play out today.

Those decisions are driven by a simple question: Of all the currencies to which I have access, which one is most likely to be useful to me?

For bitcoin, that utility comes in two flavors. One is predictability. People turn their local currencies into bitcoin because they are looking for a way to store value that’s disconnected from local political and economic realities. Everyone knows about bitcoin’s fixed token supply as well as its largely unchangeable monetary policy, making it out of reach for governments broadly.

The other reason, which may be even more important, is liquidity. People want to be sure that when they decide to sell there will always be someone there who wants to buy at the market price.

So, even though in local terms bitcoin can be viewed as quite expensive, it is the consensus option. People can and do choose to buy other tokens, but this “long tail” of crypto investing is incredibly, and increasingly, diverse as the number of tokens to pick from expands. They’re more speculative because there is little or no consensus. That could change but the so-called first mover advantage and the network effect that bitcoin carries with it has been incredibly powerful. To put it simply, bitcoin is so useful because it’s what everybody uses.

Why is dogecoin rising?

That certainly seems to be the case among the Elon Musks, Slim Jims and Mark Cubans of the world, not to mention a growing share of meme culture broadly.

This was highlighted on Conagra Brands’ corporate earnings call earlier this week. Conagra is not a hip company. It owns a formidable basket of old-world brands including Slim Jim (smoked meat sticks), Marie Callender’s (a restaurant chain where I ate at once or twice in the 1990s) and Hunt’s Tomatoes (my mother’s favorite) along with more than a dozen others.

Doge has become the joke currency to beat. Everybody wants to be in on the joke, which pushes up the price, which makes the joke even bigger. It’s a self-reinforcing cycle. Sort of like bitcoin but for the luls.

Now, this could all end very badly: Lots of people buying DOGE at these prices don’t know the true story. As they say, easy come, easy go. But at least for now it sure looks like dogecoin is the gold standard of joke currencies, and maybe that’s just enough.