Can Ethereum prices hit $5,000 in a week? That’s what one crypto expert speculates as Ether mints records – MarketWatch 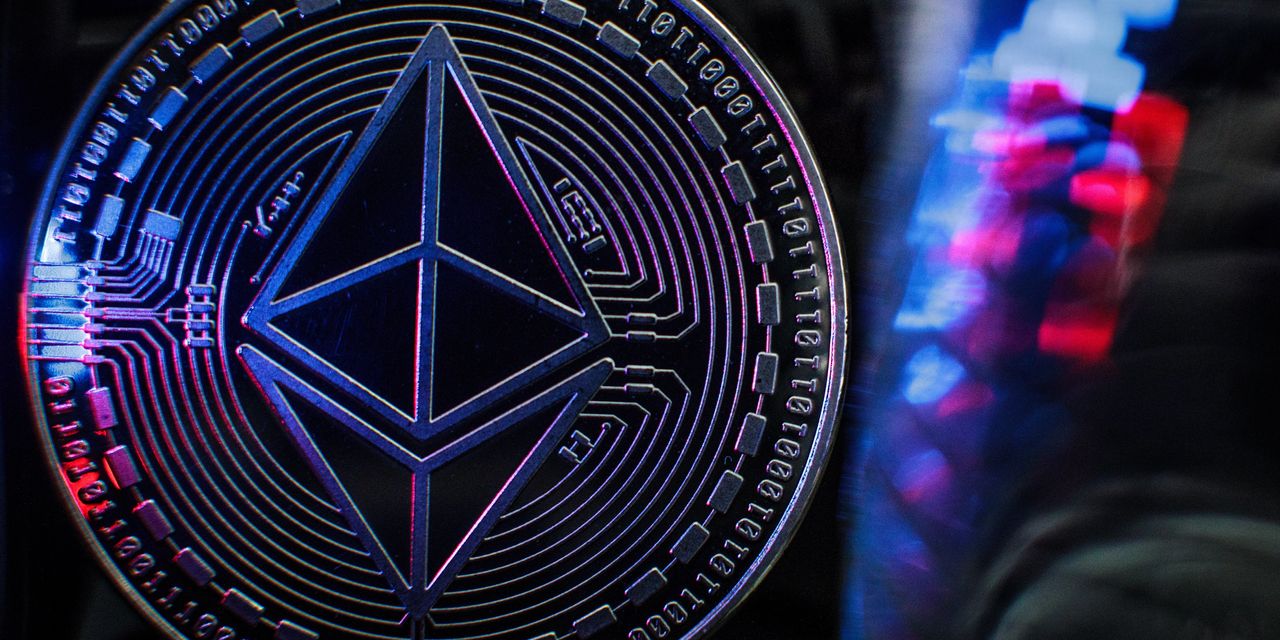 The No. 2 crypto on the planet is extending its surge into rarefied territory, and that momentum has at least one crypto expert speculating that Ether prices could hit $5,000 within a week.

“Ether is one of the main beneficiaries in the wider explosion in the cryptocurrency market,” wrote Nigel Green, chief executive and founder of deVere Group, in a Monday note.

“The boom over recent months has been fueled by soaring interest from major institutional investors and growing recognition that borderless digital currencies are the future of money,” the CEO said.

“This momentum is likely to build further in the near-term and I believe Ether will hit $5,000 within seven days,” he forecast.

At last check, Ether ETHUSD, +4.92%, the asset that runs atop the Ethereum protocol, was changing hands at $3,237, near an all-time peak, according to CoinDesk data.

The surge for Ether comes as bitcoin BTCUSD, +1.12% has been much more sedate comparably.

Ether values have been supported partly by growing appetite for nonfungible tokens, or NFTs, and other corners of the nascent digital crypto market supported on the Ethereum blockchain.

Indeed, interest in NFTs, the popular authentication asset that has taken the world by storm, has helped to supercharge a rise in appetite for Ethereum, which most NFTs are linked to.

Ethereum, launched in 2015 by a team including Vitarik Buterin, Charles Hoskinson, and Gavin Wood on the concepts behind bitcoin, has come to be known for the ease by which software developers can write bespoke programs atop its network.

The Wall Street Journal wrote that some 7 million new Ethereum addresses — or accounts able to hold ether balances — were created in the first four months of 2021, citing data from analytics firm IntoTheBlock.

Bitcoin’s major selling point as a digital asset has been its claim by enthusiasts as a store of value and as a currency to a lesser extent, but Ethereum’s network is viewed by many as a powerful, open-source, dentralized backbone off which a number of applications could be based.

It has been hoped for by fans, if not anticipated, that Ether would one day exceed the market value of bitcoin, the world’s No. 1 crypto. Such an event is known in certain crypto circles as the “flippening.”

However, as its stands bitcoin’s market value is $1.09 trillion, compared against a market value for Ether of $366 billion, representing the No. 1 and 2 largest crypto in the world, according to CoinMarketCap.com.

So is a romp to $5,000 possible for Ether? It is impossible to know for sure, but a handful of crypto bulls have offered similarly sanguine forecasts, including Dan Morehead, CEO of Pantera Capital, who has been quoted as saying that Ether could crack six figures by 2030.

As always, investors should be prudent with their money as not everyone is sold on digital assets, including Berkshire Hathaway Inc. BRK.A, +1.82% BRK.B, +1.54% Vice Chairman Charlie Munger, who said at an annual shareholder meeting that he hates bitcoin’s “success and I don’t welcome a currency that’s useful to kidnappers and extortionists, and so forth.”