Billionaires and blockchain – What’s behind the rise of Ethereum? – Financial News 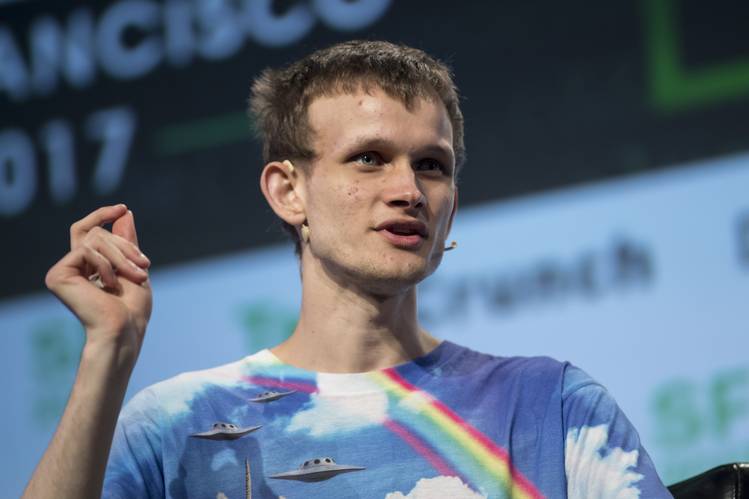 Thanks to several factors including a slowly progressing update to its underlying network and a rally for cryptocurrencies more generally, the world’s second-largest crypto by market value is on the up. Now, ether has just reached an all-time high, surpassing $3,430 in the early hours of 4 May.

Ether’s been around for almost a decade, having first been proposed in 2013 by its founder Vitalik Buterin and launched in 2015. Thanks to this latest bounce, Buterin is now a certified billionaire — with one of his digital wallets holding ether worth more than $1.1bn.

But the interesting thing about this advance is that in the last few months, ether has begun to move independently of its much larger rival bitcoin. Previously, the two seemed inextricably linked as a sell-off for bitcoin would create an inevitable knock on the prices of other cryptocurrencies.

This decoupling has been in the works for a while, as the network that ether runs on, known as Ethereum, is currently undergoing a major overhaul. Developers say Eth2 will see Ethereum become more secure, scalable and sustainable, as upgrades to switch the mining process from proof of work to proof of stake should make minting new ether tokens much less energy intensive.

READ  Can ether break out from bitcoin’s shadow? Crypto shows ‘signs of de-coupling’

As bitcoin’s fall back to the $50,000 mark prompts crypto-heads to re-evaluate their portfolios, ether has been much less volatile in comparison. Issues with bitcoin’s network, which created a blockage in transactions earlier this month, only served to boost ether’s popularity — on 4 May, ether was up more than 4% while bitcoin and fellow major coin XRP had fallen between 5% and 10%, as of 10am BST.

Mati Greenspan, crypto investor and chief executive of Quantum Economics, said the change in behaviour among bitcoin alternatives marks the start of a new divergence known as “alt season”.

“It’s not that bitcoin has been going down, so much that it has stalled in the middle of its price range,” Greenspan said. “What’s even more interesting is the way these two platforms seem to be simultaneously cooperating and competing.”

Ethereum is known for its ease with smart contracts, hence ether’s subsequent popularity as the medium of exchange for non-fungible tokens (NFTs). The cryptocurrency has seen millions of dollars ploughed into NFT purchases this year, with transactions by traditional venues such as auction house Christie’s only further serving to bring it into the mainstream.

Meanwhile, bitcoin’s propensity for being extremely energy intensive has led some institutional investors to consider how they could reconcile its environmental impact with ESG goals. In this sense Ethereum’s upgrade could make it a much more appealing alternative, according to brokerage TP Icap’s co-head of digital assets Duncan Trenholme.

“Network fees on Ethereum and whether proof of stake can be executed are two big factors in terms of how much Ethereum will continue to be adopted,” Trenholme told Fintech Files.

“Certainly from our part of finance, there’s a lot of excitement around tokenisation in terms of how would we look to perch traditional assets onto this new technology layer, and leverage the benefits of this type of settlement.”

While ether is a digital currency, it is more likely to be the network that appeals to investors over the currency’s potential as an asset for their portfolios. The European Investment Bank issued its first-ever digital bond using Ethereum last month alongside Goldman Sachs, Societe Generale and Santander, while financial institutions weigh up how they could use the protocol for decentralised finance applications.

“It is very clear what the direction of travel is, though quite where you see successes and failures even on the crypto side is probably quite difficult to say,” added Trenholme’s fellow co-head Simon Forster. “But the technology is here to stay, and I guess as an organisation, TP Icap needs to be mindful of what that means for market infrastructure.”

Revolut launched its “multimillion-pound expansion” into India last month, announcing 300 jobs in the country as it hires rapidly for the new market. But it seems Prime Minister Boris Johnson has only just taken notice.

“I’m delighted that Revolut is expanding into India to make the most of the opportunities for UK businesses in one of the world’s biggest economies. Our exporters are brilliant ambassadors for Britain and I hope today’s announcement is just the start of what you can do for India and the UK,” Johnson said in a statement distributed by Revolut on 4 May — 12 days after its expansion push was announced.

Billed as a “reiteration” of its commitment to the market, Revolut said it had also added another 60 jobs to the total, which will be UK-based to help its Indian unit get off the ground.

It comes as Johnson holds virtual trade talks with India’s Prime Minister Narendra Modi, hoping to secure thousands of jobs and billions of pounds in new trade and investment. Perhaps the two could be linked.

To contact the author of this story with feedback or news, email Emily Nicolle