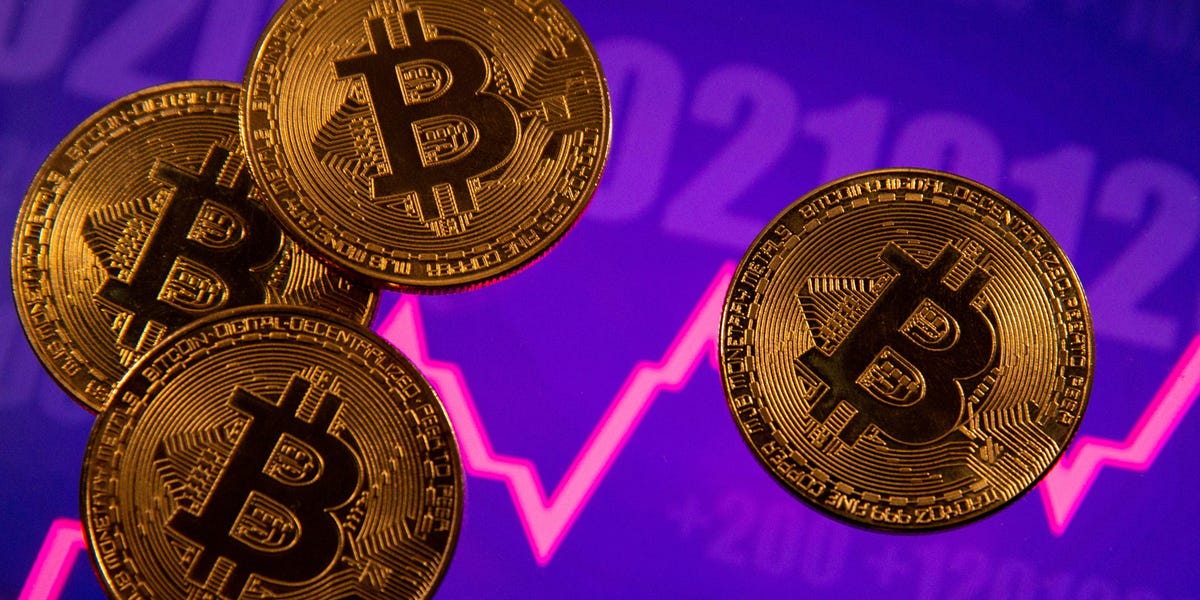 Bitcoin is rapidly gaining popularity as many look to the cryptocurrency as a valid medium of exchange or storehold.

But the digital unit of currency has its drawbacks. Its volatility is widely recognized among many, which has led investors, including Warren Buffet, to criticize it and other cryptocurrencies as “risky” and “worthless.” And now, with the recent rollout of China’s digital currency, discussions about bitcoin’s vulnerability are gaining momentum.

Insider spoke to four finance experts about their predictions for the currency.

When asked where he sees bitcoin in ten years’ time, Pierce seemed bullish while also taking a swipe at the US government’s fiscal decisions.

He said: “After seeing the growth of bitcoin in the last six months (market cap exceeding $1 trillion), I’m very optimistic about the future growth of this technology. Our government’s poor monetary choices (overprinting, excessive spending, etc…) only work in bitcoin’s favor — and from what we’ve seen in the last year, there’s no sign of slowing down.”

For Pierce, the crypto landscape has drastically changed since its inception. But according to him, a major attraction of the cryptocurrency is the fact that “every transaction that has ever occurred is put on an open — public ledger making fraudulent applications nearly impossible.”

This is why he added, “if you haven’t done research on bitcoin or Blockchain technology — I would urge you to do so!”

James Ledbetter, editor, and publisher of the fintech newsletter, FIN

As fears loom over the effect of China’s newly launched digital yuan on bitcoin, Ledbetter said: “In general, the development of Central Bank Digital Currencies (CBDCs) can be viewed as an encroachment on bitcoin’s territory. If the digital yuan gains wide acceptance, it may discourage some people in China and elsewhere from investing in bitcoin.”

With a new wave of young people investing in the cryptocurrency, he added: “It scares me if people are getting into the bitcoin market because consciously or unconsciously they think it will never go down.”

This is among some of the reasons why people “should never invest more in any given asset than you can afford to lose,” Ledbetter added.

The reason why young people are investing in bitcoin is down to the fact that, in general, younger people tend to hold assets farther out on the risk curve than other groups, said Krug.

Young people see the government printing trillions in fiscal stimulus, threatening to rapidly debase the US dollar, Krug explained. Meanwhile, they have an increasingly strong sense that opportunities for socio-economic advancement are becoming fewer and harder to come by. “The result is that far more young people today own bitcoin than they own gold. That trend is not going to reverse,” he added.

Krug laid out three key areas for novices to pay attention to. He said: “First, remember that bitcoin could go down 70% or more. Second, know that it could go up many multiples of that.”

Finally, “in light of #1 and #2 — figure out an investment size that will allow you to hold bitcoin without driving yourself crazy or losing sleep over each short-term price swing,” he said.

He added that “if you buy too much relative to your other assets, you will inevitably panic and sell when it does go down. Bitcoin investing is a long game, and it isn’t for the faint of heart.”

“Today, bitcoin is increasingly being viewed as ‘digital gold’ due to its scarcity value as there will only ever be 21 million bitcoins in existence,” according to Gazmararian.

In terms of how bitcoin will be faring in five to ten  years’ time, she thinks it’s conceivable it could become the world’s reserve asset. She said: “There are early signs of this happening today with corporates around the world beginning to add bitcoin to their balance sheets.”

She added that money is set to become “a far more complex payment instrument than it’s ever been before,” with the onset of digital currencies.

This is because, in her view, it looks as though CBDCs, cryptocurrencies, and other digital representations of value will eventually interoperate seamlessly within our digital economy.

When asked about the essential information potential investors should know, Gazmararian highlighted two key points. “Develop your own view on this new technology and get clear on why you are holding it,” she explained.

She also believes “there are distinct operational risks associated with holding bitcoin “as it’s a purely virtual currency and can be stolen from your digital wallet if your private key gets into the hands of a nefarious actor.”