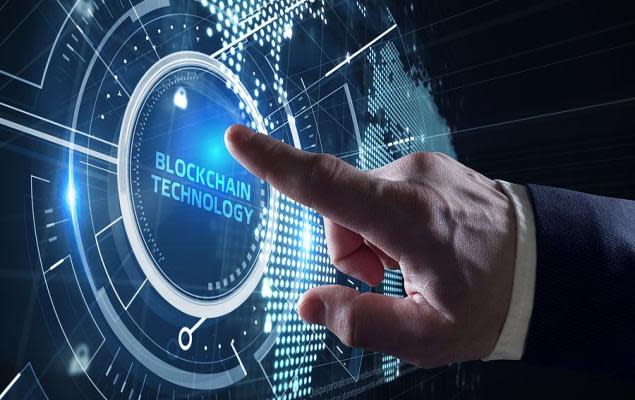 Okay, I get it. You heard about the kid that threw $70 at Dogecoin and now is a million. Sort of makes you want to take that $1k you’ve had rotting in that savings account and roll the dice. If Mikey Millennial is making that sort of money, why can’t you? You like Lambos too.

Don’t forget, this isn’t the first time crypto-mania has hit the streets. The general public came to know cryptocurrency during its big boom cycle in December 2017. Bitcoin prices had surged from under $2,000 in July 2017 to nearly $20,000.

Fast forward to today, with bitcoin prices north of $50,000, Ethereum close to $4,000, and several alt-coins going through the roof. It can feel like the boom is happening all around you.

If you’re thinking about diving in headfirst and throwing caution to the wind. Please…DON’T DO IT!

You don’t have to have a gambler’s risk tolerance or be a cryptocurrency expert to profit from the boom in Bitcoin, Ethereum, Litecoin and others. You don’t even have to believe in the long-term sustainability of any of these coins. You just have to recognize the game and figure out a way to profit from the underlying technology. That underlying technology, which powers every cryptocurrency on Earth, is the blockchain.

If you’ve been paying attention to the headlines, you’ll see that central banks and major retail banks alike have changed their tune about cryptocurrencies. Initially, they scoffed and called them irrelevant. But recently, the discussion has shifted and now they are acknowledging the threat cryptocurrencies cause to their businesses. What they’re really saying is that blockchain is revolutionizing the way we account for data.

Futures contracts in both Ethereum and Bitcoin have been trading at the CME Group for months. Companies have begun to hold Bitcoin on their balance sheets, right there next to the U.S. dollar. This only adds to the legitimization of cryptocurrency as an asset class. Nowadays, crypto is not a pie-in-the-sky idea, it’s a major financial asset which poses a significant threat to traditional payments businesses.

What is the Blockchain?

In the digital world, a block is a digital list of records, acting as a ledger that can contain information of any kind. When these blocks are linked together, they are secured by cryptography to form the blockchain. This blockchain is an unforgeable record of all the transactions that is replicated on every computer on the network. If information in a new block can’t be verified by all the other blocks in the chain, it is discarded. In the case of the top cryptocurrencies, a currency’s network consists of millions and millions of computers all over the world. This makes it unhackable, as a hacker would need to hack all that computing power simultaneously, a seemingly impossible task.

Will You Profit from the Blockchain Boom?

According to experts, it’s 10 times more valuable than the internet. This “Internet of Money” is already changing the way the world does business. It’s projected to skyrocket +6,700% from $6 billion to $395 billion by 2028.

Now Zacks is targeting blockchain technology that drives cryptocurrencies like Bitcoin and others. The goal is to ride the growing boom without whiplash volatility from investing in the cryptos themselves.

I already know I’ve lost some people, but please stay with me. At this point the question within this topic is typically: What does blockchain have to do with currency? Everything. But to understand we have to separate our thought of cryptos from traditional fiat currency. While fiat currency is used to buy cryptocurrency, once bought, cryptos stand on their own. In addition, the smart contract (more on this later) aspect allows cryptos to be much more than an exchange of cash, they are an exchange of value. In a sense, these currencies are the “Internet of Value”.

To simplify, the blockchain is a public registry of assets and transactions that tells us who owns what. These transactions are often referred to as smart contracts, as they are recording a contract between two people, whether it be a transfer of currency, or a good or service.

You can see how this new innovation could be disruptive to traditional businesses out there. Rather than lament this potential disruption, you are in the unique position to profit from it. How you ask? By investing in the various areas of the market where the blockchain is making noise. There are several different angles here.

The “Picks and Axes”: During the gold rush, the ones who really got rich were the ones selling the picks and axes. That is, the companies which provided the tools for the speculators to go out and try to find their fortunes. In the cryptocurrency world, this refers to the companies which make the chips and hardware used for mining operations.

Consulting: There will be a wave of companies looking for ways to incorporate blockchain technology into their existing businesses. Already, large consulting companies are beginning to offer services helping companies to integrate the new tech.

Cloud Infrastructure: No other industry has been as dependent on the cloud for its development as blockchain has. The need to distribute a ledger across the world, with no centralized ownership or authority overseeing transactions plays into the strengths of the cloud. Companies which offer cloud-based hosting may suffer, while those which help facilitate this decentralized network will benefit greatly.

Payment Processing: Among the most disruptive industries for blockchain is payment processing. Rather than your traditional financial intermediary, blockchain technology allows for a distributed, open, public ledger where transactions are confirmed by other nodes in the chain for a fee that’s much smaller than your typical fees coming from more traditional processors.

Lending: We are just at the tip of the iceberg here on lending. Blockchain tech is perfect for lending, allowing lenders to spread their risk across thousands of loans in an instant, no matter the size of the lender.

Trading Floors: The legitimization of bitcoin continues as futures contracts have started trading on two large exchanges in the U.S. We could see Ethereum futures in the near future.

Miners: The miners are the most important part of any blockchain and likely the most misunderstood. Miners confirm transactions from node to node by solving the cryptographic problem and are then rewarded in units of the cryptocurrency. Already we are seeing companies which “mine” cryptocurrency publicly traded. These companies mine the currency then immediately sell them on the open market and pass through the gains to shareholders. Think of them as you would a pipeline company in the energy sector. These companies are small now but could become much larger in time.

Investors/BDC: Some publicly traded companies are acting as incubators for other budding cryptocurrencies. We talk bitcoin a lot but there are over 6,000 other cryptocurrencies in the world. These investors and business development companies invest in promising crypto companies before they hit the mainstream.

ETFs: Already there are ETFs which buy stocks with blockchain exposure, however, soon there will be officially regulated ETFs for bitcoin and Ethereum. These ETFs will move dollar for dollar with an index, not trade at huge premiums to the underlying cryptocurrency like the ones available on the market today.

There are many more companies on the way but how will you know how to separate the pretenders from the contenders? Which of these emerging companies will be built on solid technology and which will be gimmicks? Just like the Dot Com Bubble brought with it several names which added “.com” to their names to get in on the action, companies are adding “Blockchain” to their names, some in a very unscrupulous fashion.

There are several ways to play the cryptocurrency boom without exposing yourself to the same downside volatility. By spreading your investment across several aspects of the blockchain, diversification can help smooth your returns. Add in the proven strength of the Zacks Rank and our proprietary system of investing in companies with increasing earnings estimates and you have a potent one-two punch.

The Time to Start Is Now

At Zacks, we’ve been watching the blockchain phenomenon very closely. This space is projected to skyrocket from nearly $6 billion today to $395 billion by 2028. That’s a +6,700% increase.

Many investors have already gotten very rich. But in my view, blockchain’s most profitable days are still ahead of us.

I believe now is a great time for investors to capitalize. To get into this once-in-a-lifetime opportunity, you may want to look into our portfolio, Zacks Blockchain Innovators.

Right now, we’re holding a selection of stocks to ride the blockchain boom from multiple angles – from supplying chips and hardware to fintech firms and payment processing. We’re aiming for big gains from solid companies.

As of this writing, six of our positions have already generated triple-digit returns, including gains of +297%, +372%, +536%.¹ Plus, I plan to add a brand-new stock to the portfolio on Monday. You can be among the first to see it.

Check out Blockchain Innovators today and you can also download our Special Report 7 Best Stocks for the Next 30 Days. Taken from the 220 Zacks Rank #1 Strong Buys, our experts hand-picked these 7 stocks as most likely to soar in the coming month.

I suggest that you look into this right away. This opportunity ends midnight Sunday, May 16.

¹ As of 5/11/2021. The results listed above are not (or may not be) representative of the performance of all selections made by Zacks Investment Research’s newsletter editors and may represent the partial close of a position.

Want the latest recommendations from Zacks Investment Research? Today, you can download 7 Best Stocks for the Next 30 Days. Click to get this free report