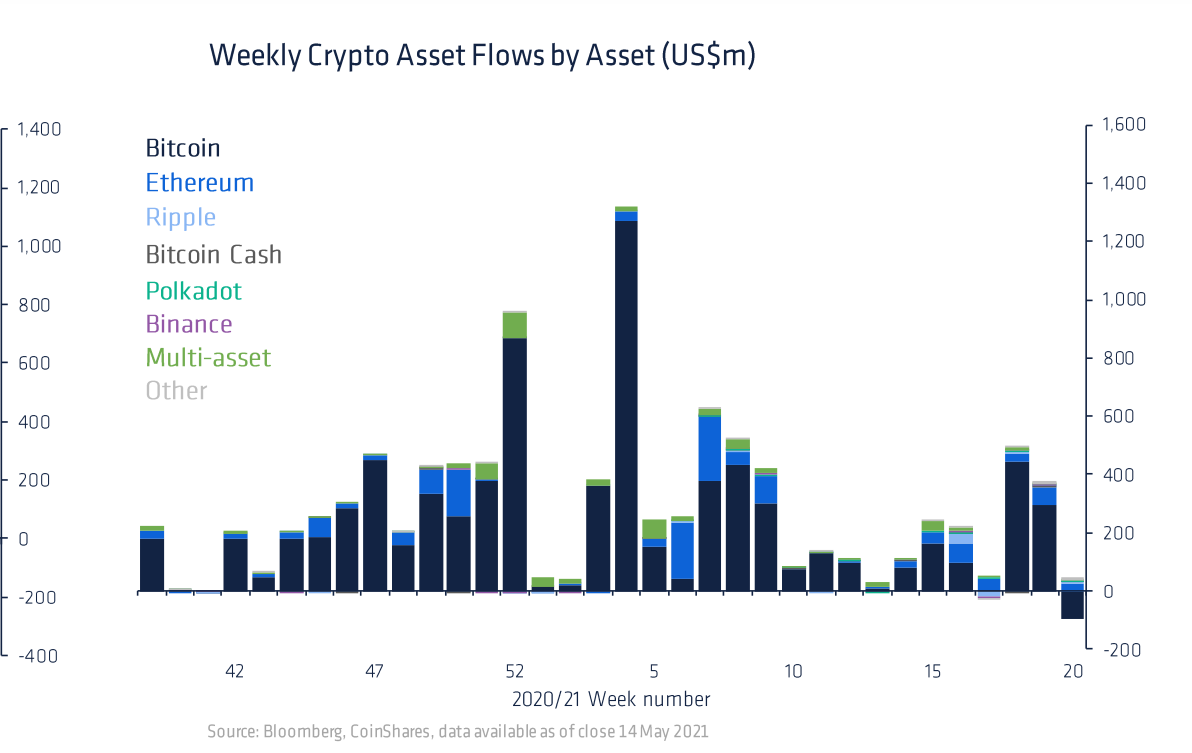 According to a report Monday by CoinShares, outflows from bitcoin-focused funds totaled a record $98 million in the seven days through May 14, while investment products focused on other digital assets continued to pull in new money.

The net amount still represents a small fraction of the $5.6 billion put into cryptocurrency funds this year, but the outflows show how quickly some investors were to retreat as bitcoin began a price pullback that has now extended to as much as 35% from April’s all-time high.

Related: Bitcoin Chart Indicator Suggests Worst of Pullback May Be Over

“Investors have been diversifying out of bitcoin and into altcoin investment products,” according to CoinShares.