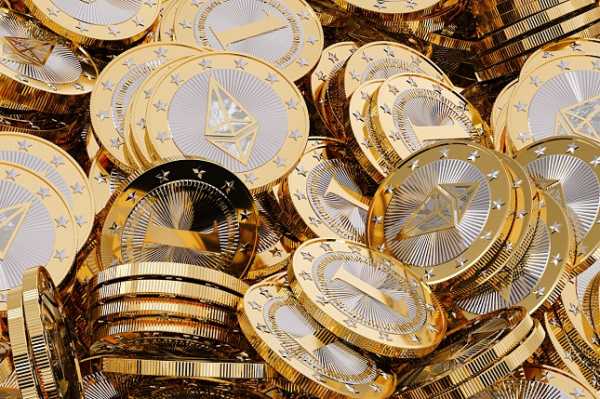 In my previous update on Ethereum (ETH), I showed ETH was in Elliott Wave Principle (EWP) terms in an extended 5th wave. However, “It is hard to know where precisely an extended 5th wave will top, but a rally for another month to $5-6K cannot be excluded. ETH will need to see at least four consecutive down days or drop below $2644, with a severe warning on a close below $3185, to tell us the dreaded 50-70% haircut is underway. And make no mistake, it will happen as nothing goes up forever.”

Back then, ETH was trading at $4170. It topped two days later, May 12, at $4380 and plunged to $1948 a week later. A 55% drop in one week. Indeed, the “dreaded 50-70% haircut” I warned would happen had arrived and faster than you can say “sell.” However, I had given my Premium Crypto Trading Members ample warning already the week prior about the small upside potential vs. the significant downside risk. And what price levels to watch for to determine the odds of continued higher prices would diminish more and more: see the horizontal dotted colored lines in Figure 1 below, as well as my Tweet here.

When an extended 5th wave completes, the subsequent correction will, in a crash-like manner, bring the price back to about where the extended 5th wave started. Why? Because such an extended wave has gone too far too fast, sentiment is too Bullish, and indicators too overbought to allow for any more upside. A reset is necessary: when everybody has bought, all that is left is selling. And selling folks did!

Back to ETH. In this case, the extended 5th wave started, IMHO, from the late February low at $1280 (black major wave-4). Thus, please do not be surprised ETH can drop that low. Namely, the shorter-term EWP count shows ETH is likely wrapping up a five-wave sequence (black major wave-c) from the major b-wave high at $4176. Red intermediate wave-iii ideally completed yesterday. Intermediate wave-iv is now most likely underway, and wave-v of major wave-c of blue Primary-IV should ideally target between $1445-1850. Based on the 2013 and 2017 analogies (not shown here), I expect a triple-digit percentage rally for Primary-V. However, if ETH can close back above $3170 without moving to the mentioned lower target zone first, then I strongly consider the correction already as complete.

Bottom line: The dreaded “make no mistake, it will happen as nothing goes up forever” 50-70% haircut happened. As usual, forewarned is forearmed. However, with the recent plunge, the long-term risk-reward has now significantly shifted back towards the reward, while short-term there is still a considerable risk. In numbers, the downside risk from current levels is still almost 50% ($2700 vs. $1850-1445). But upside potential from current levels is now most likely 500+%. Thus, if you know your trading time frame well, this week should be seen as a gift, not a punishment.

For a look at all of today’s economic events, check out our economic calendar.