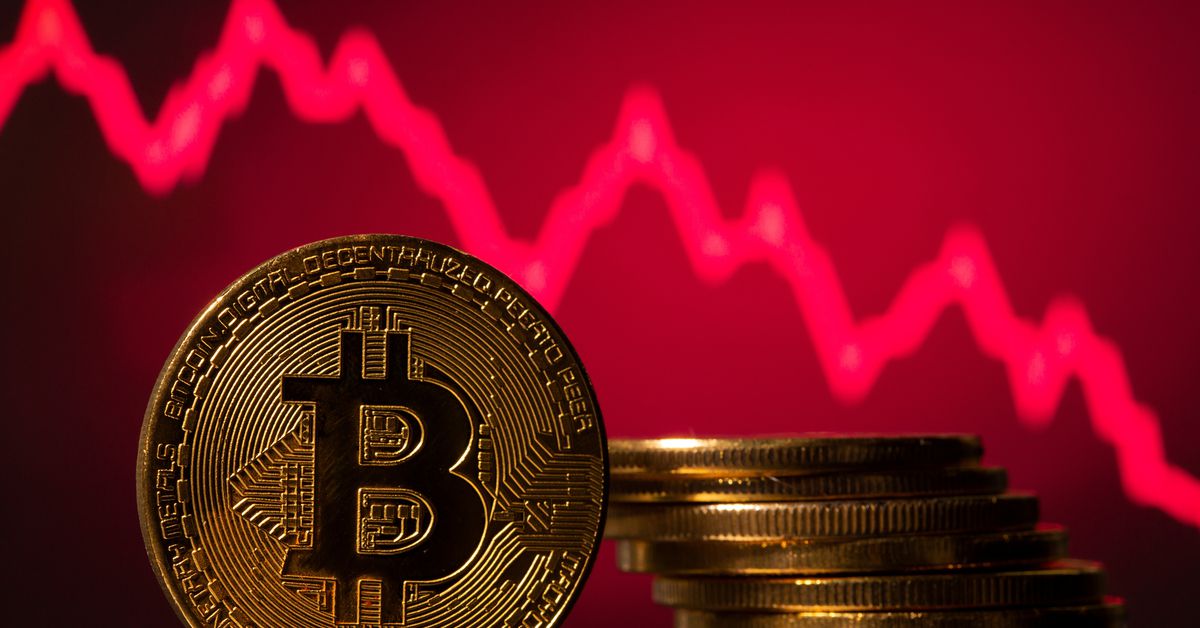 A rebound in bitcoin held strong on Thursday, even as the U.S. Treasury Department called for new rules that would require large cryptocurrency transfers to be reported to the Internal Revenue Service and the Federal Reserve flagged the risks cryptocurrencies posed to financial stability.

The comments from U.S. officials come one day after a brutal sell-off on concerns over tighter regulation in China and unease over the extent of leveraged positions among investors sank the world’s biggest cryptocurrency to its lowest level since late January. read more

Bitcoin was recently up more than 4% at around $40,000, after earlier jumping more than 10%. Thursday’s gains brought the currency’s price to approximately where it traded in early February. Smaller rival ether was up around 14% after Wednesday’s 28% tumble.

Wood said in an interview with Bloomberg that she was still sticking to her $500,000 forecast. Musk reiterated that Tesla was holding onto its bitcoin investments. read more

“It’s too early to say if the rebound we’ve seen off the lows in crypto has legs,” said Chris Weston, head of research at brokerage Pepperstone in Melbourne.

“I question if we will get a chance to catch our breath or is there more volatility in store?”

Weston pointed to how $9.13 billion of cryptocurrency positions had been liquidated across exchanges over 24 hours, and $532 billion in total volume transacted.

Wednesday’s declines in both digital assets were one of their biggest daily percentage moves in more than a year, with investors rushing to exit trades that until recently were outperforming traditional markets such as stocks and bonds.

While turnover on Thursday declined from the frenzied volumes seen overnight, May contracts still showed more than 6,000 contracts traded. Similar trends were observed on CME’s micro bitcoin futures where nearly 95,000 contracts were traded on Wednesday.

The catalyst was a statement by Chinese financial industry bodies banning the use of cryptocurrencies in payment and settlement. China also prohibited institutions from providing crypto-related products or exchange services between cryptocurrencies and the yuan or foreign currencies. read more

“A defining factor for China’s decision is also likely to be their strong push towards a central bank digital currency solution,” said Alexander Ruchti, next-generation research analyst at Julius Baer.

“The past week’s steep and rapid decline once more underpins how susceptible the segment is towards sentiment swings.”

Bitcoin had been under pressure after a series of tweets last week by Musk, a major cryptocurrency backer, chiefly his reversal on Tesla accepting bitcoin as payment.

The slide forced some investors to close out leveraged positions in cryptocurrency derivatives, which caused prices to fall further, traders said.

“People consider this as a ‘buy-the-dip’ moment, and many consider this as ‘the last chance to buy bitcoin cheap’,” said Ruud Feltkamp, chief executive at crypto trading bot Cryptohopper. “The next few months will show if the bull market will continue or if it’s the start of the end of its run.”

Coming off a six-fold jump on the back of rising usage in non-fungible tokens on digital art platforms, ether’s sell-off was far more damaging, with the digital currency trading 39% below its record highs.

Ether is still up more than 270% so far this year, however, outperforming bitcoin’s year-to-date gain of 37%.

“This can also be the moment when bitcoin starts reclaiming the market momentum from ether and other altcoins that have had room to outperform BTC in the last four months,” said Ulrik Lykke, executive director at crypto hedge fund ARK36.

While some retail traders saw missed opportunities in the slide, others saw the rout as a chance to pick up digital assets on the cheap.

“There has certainly been a change in tone in the market after the sell-off. But this also a market that has shown extraordinary returns over the last year to 18 months,” said Seth Ginns, managing partner and head of liquid investments at CoinFund.