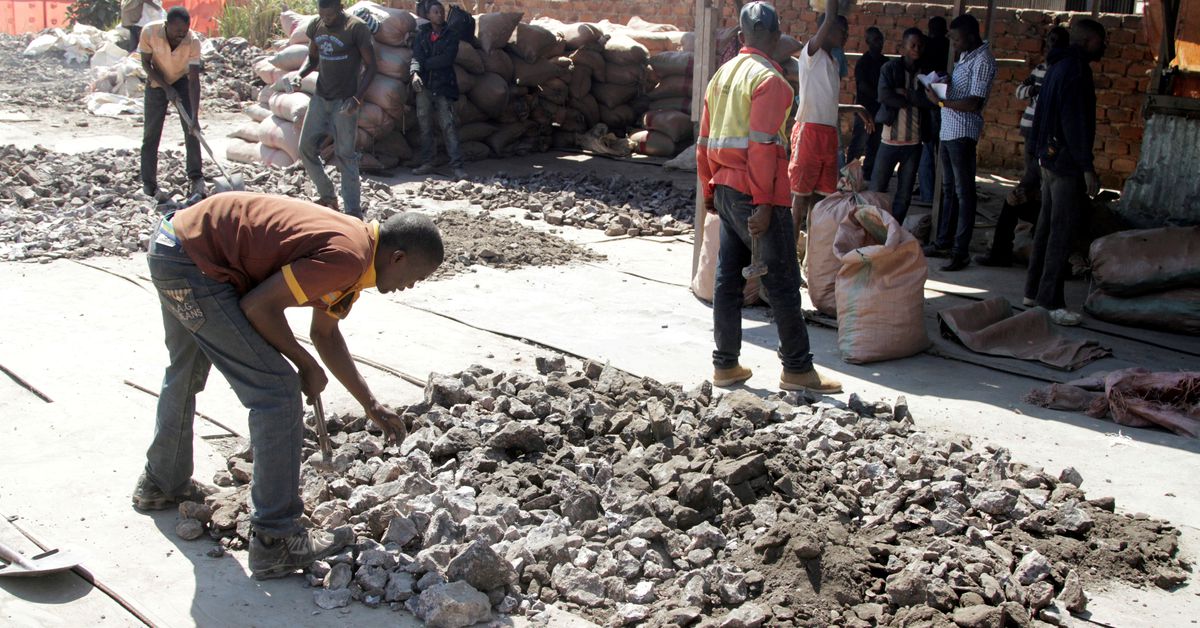 Artisanal miners work at Tilwizembe, a former industrial copper-cobalt mine, outside of Kolwezi, capital city of Lualaba Province in the south of the Democratic Republic of the Congo, June 11, 2016. REUTERS/Kenny Katombe/File Photo

Mining and trading company Glencore (GLEN.L) and other miners are joining forces with battery material supplier Umicore (UMI.BR) to make the cobalt used in electric cars traceable using blockchain technology, they said in a statement.

Miners and carmakers, under pressure to show electric vehicle batteries are sourced responsibly, are exploring the usefulness of blockchain – a digital platform for recording and verifying transactions that is shared across a network of computers – to improve scrutiny of supply chains and show sourcing does not rely on conflict minerals or child labour.

Umicore, Glencore, China Molybdenum Co (CMOC) (603993.SS) and Eurasian Resources Group (ERG) will pilot blockchain technology Re|Source until the end of 2021 and expect to roll it out in 2022.

Cobalt is in high demand as it is a key mineral for making lithium-ion batteries, as governments and consumers clamp down on fossil fuels such as diesel and gasoline with targets for cutting emissions.

Governance is however challenging as the majority of supplies are from the Democratic Republic of Congo, where Glencore, CMOC and ERG own their mines.

A blockchain is a decentralised database, or electronic ledger, of transactions. It is distributed among its users, who also validate...

As blockchain application expands beyond the investing and financial world, we’ve seen the digital, decentralized transactions ledger used by everything...

Vaccine verification is critical to any country’s ability to control the course of the pandemic. Having a reliable, secure, and...

Several of us have been asked to write something about Bitcoin and blockchain. I have drawn the short straw, so...