Government should recognize cryptocurrency for what it is: Critical infrastructure – Federal News Network 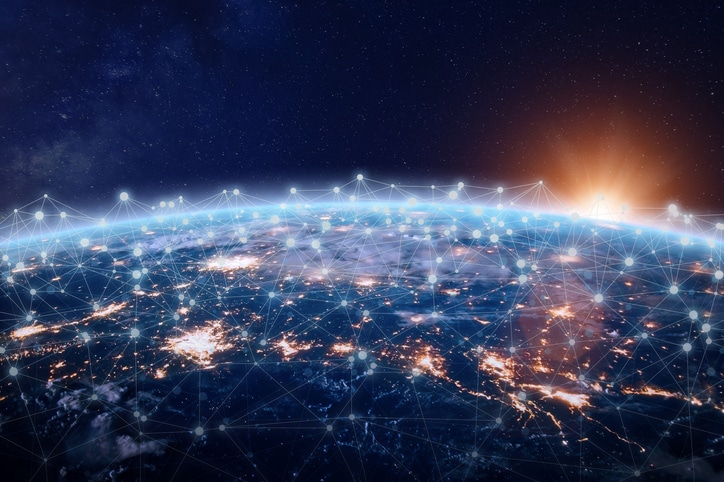 The past 12 months have been a dizzying ride for cryptocurrency. With coin prices enjoying a meteoric price rise, the press, major investors and governments alike have begun to include cryptocurrencies in their daily parlance. New York state granted PayPal a license to facilitate cryptocurrency transactions, meaning the payments giant’s more than 300 million users are  able to buy, sell and hold cryptocurrency. This came after its competitor Square generated substantial revenue after doing the same thing in 2018, as well as the Office of the Comptroller of the Currency (OCC)’s announcement that U.S. banks may custody cryptocurrency assets on behalf of customers. Since then, there have also been rumblings that the OCC may soon prohibit banks from discriminating against business customers in “legal but disfavored” industries such as cryptocurrency. More recently, and most notably, Kraken became the first U.S.-based exchange to charter a bank.

What is critical infrastructure anyway?

Critical infrastructure is an official designation the U.S. government bestows to specific “critical” sectors that, while mostly run by private companies, are so vital to society’s functioning that the government must take a special interest in ensuring they remain safe from attacks or other vulnerabilities. The U.S. government works with leaders in these industries to share best practices around security and risk management, collaborate to address threats, and discuss policies relevant to the sector’s continued safety. The 16 sectors designated as critical infrastructure include communications, health care, energy and, most relevant to cryptocurrency, financial services.

Why cryptocurrency should be included in critical infrastructure discussions

The financial services sector is comprised of companies that allow customers to deposit funds, make payments, access credit or invest, and is overseen by the Department of the Treasury who manages the day-to-day needs of the sector regarding critical infrastructure. Cryptocurrency businesses, like exchanges, merchant services providers, various DeFi platforms, and others, fill all those same financial services roles, just with cryptocurrency rather than fiat.

Of course, cryptocurrency today is only a fraction of the financial services sector. Fedwire, the Federal Reserve-run system that facilitates electronic payments between member banks around the world, processes more than $3 trillion in transactions per day. The total market capitalization of all cryptocurrencies, meanwhile, currently sits at $1.59 trillion.

Still, cryptocurrency purchasing continues to increase, particularly amongst institutional investors seeking new safe-haven assets. Not only that, but the cryptocurrency ecosystem faces unique threats that warrant special attention from the government. Due to its pseudonymous nature, cybercriminals have embraced cryptocurrency as a tool for illicit transactions and money laundering, including some linked to North Korea and Al-Qaeda. Cryptocurrency businesses also face unique challenges from hackers seeking to steal funds, which threatens not only the businesses themselves, but also the finances of their users.

While cryptocurrency may represent only a small part of the financial services sector, its rapid, ongoing growth, unique concerns, and recent move into the traditional banking arena, show how cryptocurrencies have evolved from a fringe technology into a critical component of the financial system that requires the attention of the U.S. government.

What it would mean for Treasury and the U.S. government

By including cryptocurrency companies in their critical infrastructure discussions, Treasury – therefore the U.S. government – would exponentially increase their operational understanding of the current cryptocurrency landscape. This is important as it would allow Treasury to create the most up-to-date and accurate picture of the financial sector, giving the U.S. government the awareness it needs to reallocate resources to better protect and defend the sector, ultimately strengthening U.S. national security.

At the very least, even financial institutions who remain hesitant will benefit from cryptocurrency’s inclusion in critical infrastructure discussions by learning more about the industry’s security and risk management best practices, even if they ultimately don’t decide to get involved. In return, cryptocurrency leaders can share what they’ve learned about security and risk management in their uniquely innovative field, which could lead to valuable insights for both their counterparts in the fiat world and their partners in government. In this way, adding cryptocurrency to critical infrastructure would be a win-win.

Don Spies is the director of market development for Chainalysis.