Bitcoin edges back from $40000 as volatility lingers – Reuters 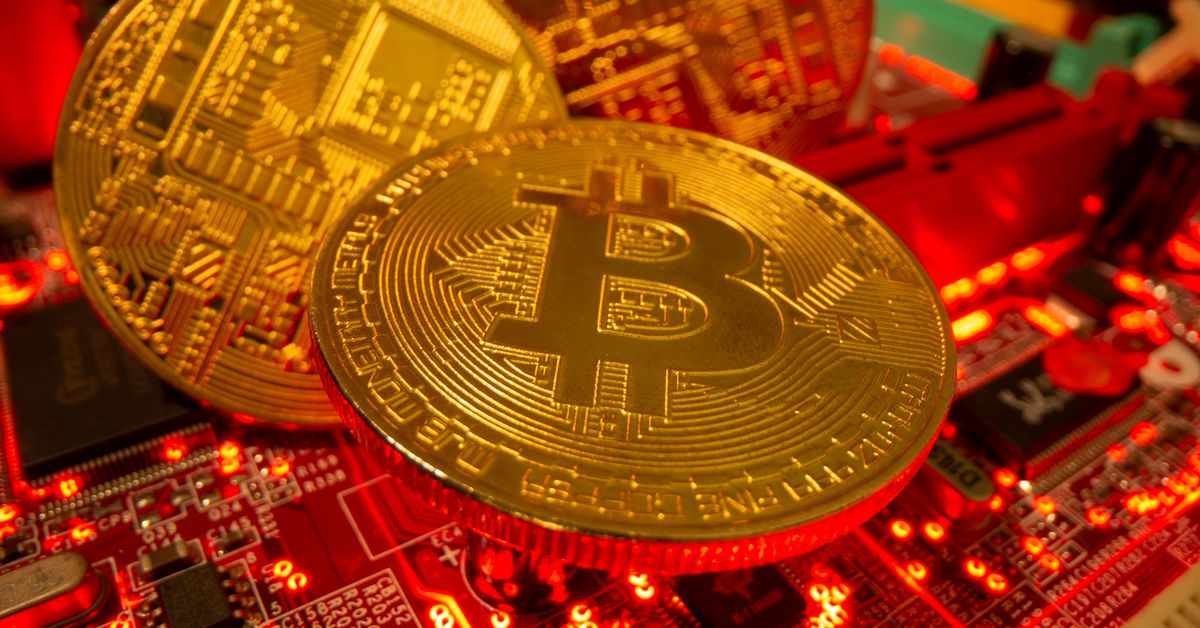 Representations of the virtual currency Bitcoin stand on a motherboard in this picture illustration taken May 20, 2021. REUTERS/Dado Ruvic/Illustration

Bitcoin climbed back above $40,000 on Wednesday for the first time this week, before edging off its highs, as recent volatility in the cryptocurrency market showed few signs of dampening down.

“Cryptocurrency market volatility is not going away anytime soon,” said Edward Moya, senior market analyst at OANDA. “Right now the aftermath of the crypto plunge is having everyone dig a little deeper to try to find out, are the ESG and regulatory concerns going to pose a major risk in the short term?”

Bitcoin’s most recent slump has come amid concerns over the environmental impact of bitcoin production, an energy-intensive process known as mining, and as China has cracked down on the emerging sector. read more

Bitcoin touched a low of $30,066 last week, its weakest since January, in highly volatile trading.

For now, it is too early to determine whether cryptocurrencies are “just a speculative trading tool” Fink said at the company’s annual meeting.

Michael Burry (as played by Christian Bale in The Big Short) believes bitcoin will crash. To date though, it just...

Most recently several members of the government have made misleading and disparaging comments when it comes to blockchain and cryptocurrency...

Trader and cryptocurrency analyst Alessio Rastani believes Bitcoin (BTC) is entering the final stage of the current bull market, which...