Meanwhile, a leaked report from Goldman Sachs pointed to a “greater number of transactions in ether vs bitcoin” as a reflection of Ethereum’s dominance.

“Given the importance of real uses in determining the store of value, ether has a high chance of overtaking bitcoin as a dominant store of value,” said the analysts in the report.

Why It Matters: While a bullish case for Ethereum is apparent, whether or not it will overtake Bitcoin during this cycle still remains to be seen, especially given that there hasn’t been any significant decoupling between the ETH and BTC. 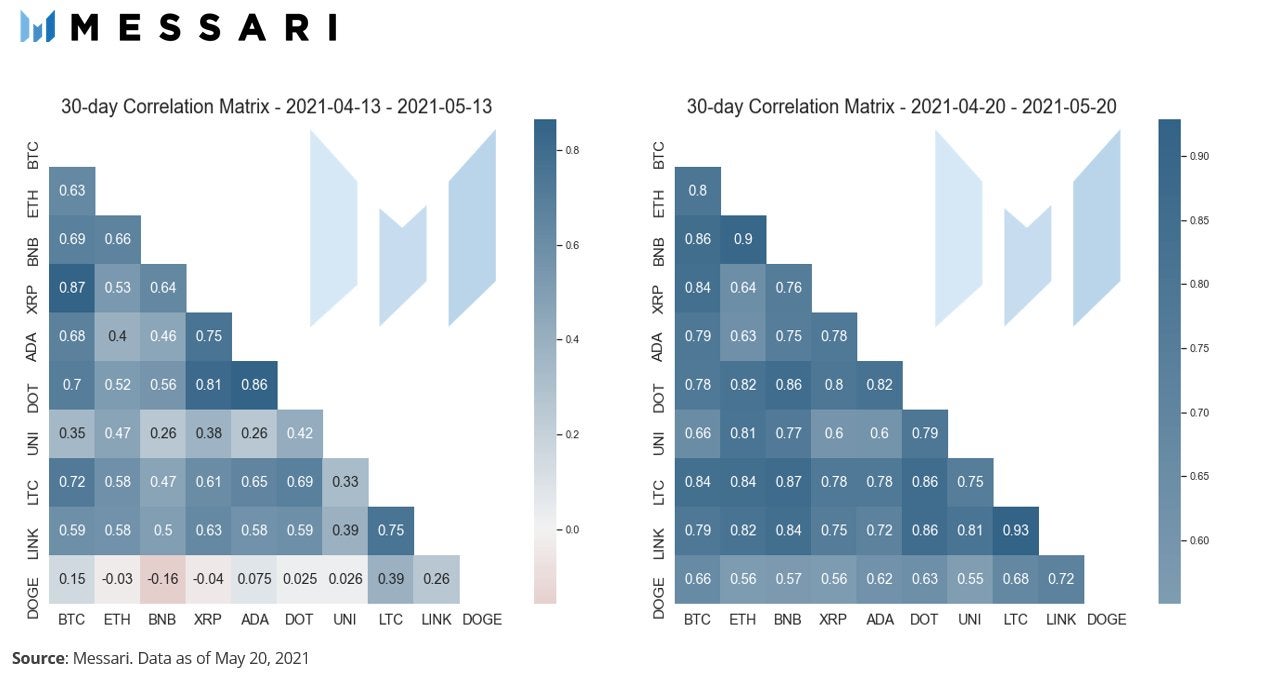 In fact, the recent selloff may have undone any decoupling that took place over the past few months, as highlighted by Messari research analyst Mira Christanto on Twitter.

“Correlation with Bitcoin also increased dramatically over the week. All assets now have a correlation greater than 60%, with some reaching highs of 80%,” she said.

The increase in correlation would mean that for every swing in the price of Bitcoin, Ethereum would likely move in the same direction.

Click here, or sign up for our newsletter to explore more of Benzinga’s Cryptocurrency market coverage, in-depth coin analysis, data, and reporting.

© 2021 Benzinga.com. Benzinga does not provide investment advice. All rights reserved.