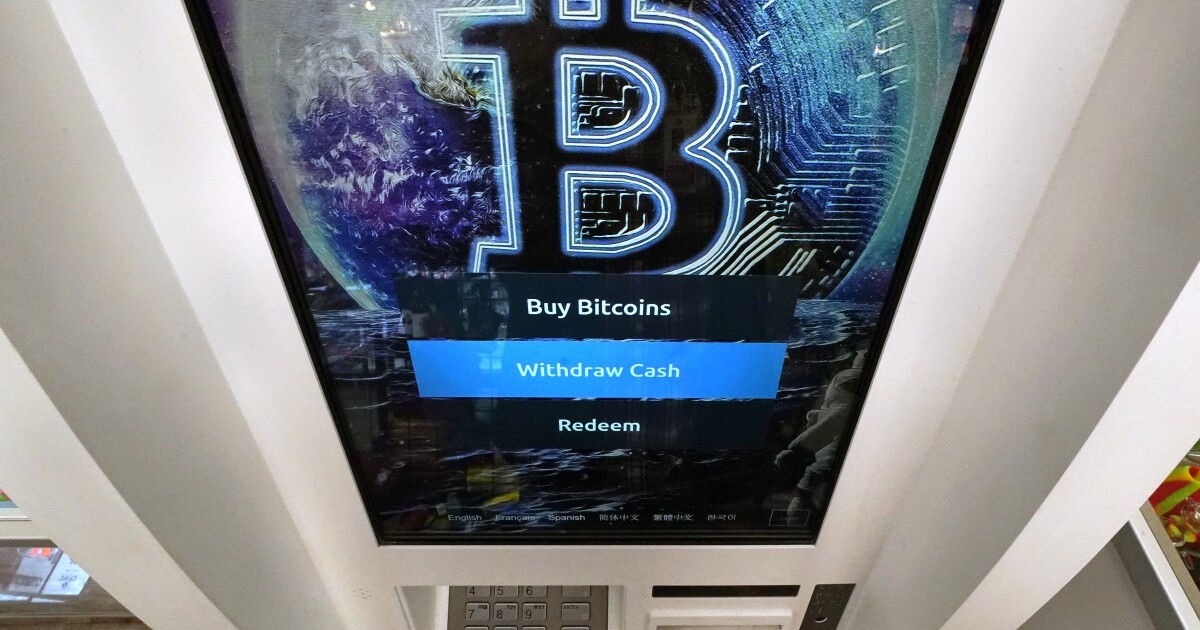 Bitcoin and other cryptocurrencies have had major price drops this month after crackdowns from China and Tesla head Elon Musk saying they would no longer accept bitcoin.

Musk changed his position on bitcoin after criticism that the digital mining of coins is bad for the environment.

A recent Wall Street Journal article says bitcoin could be considered useless because it is a slower, more pollutive alternative to bank transfers. However, the article points out that society has a long history of uselessness — soap operas and smartphone games — and that doesn’t always mean it is bad.

NO: Bitcoin is not useless — its value is determined by demand. However, it doesn’t actually exist. Technically it can be traded for goods and services like traditional currency, but that’s not really what it is being used for. Currently, it is used for speculative online investments and to evade certain laws. As long as people are willing to trade dollars for crypto, bitcoin will continue to exist.

NO: Despite market volatility, it is premature to call bitcoin useless. However, bitcoin has failed to gain mainstream momentum — for either retail or trading transactions. Recently, though, PayPal announced it would accept bitcoin. Conversely, Elon Musk jolted bitcoin announcing Telsa would not accept the currency. While a rollercoaster ride, investors remain intrigued. As I predicted earlier, regulatory risk could shake the bitcoin craze.

NO: Bitcoin is likely to have a use, but a limited one as “digital gold.” Some investors may hold it to protect themselves from inflation or if they fear that major currencies, such as the U.S. dollar, might collapse. Many investors may shun it because of its volatility, environmental strain on energy resources, and its use in the underground economy. It will not serve in everyday transactions. Central banks, as China has done, will preempt that role.

NO: Bitcoin is not worthless but also not the best cryptocurrency available. Large banks may adopt blockchain technologies as fast and cost-effective ways to move money, saving billions of dollars in transaction costs each year. End-users want the convenience of using crypto but are not willing to wait the time required for payments to be verified, and certainly do not want to pay fees. The most efficient cryptocurrencies for either of these implementations is not bitcoin.

YES: It is universally either misunderstood or completely confusing and ignored by everyone else. The irony of how bad it is for the environment due to immense use of electricity, mostly in countries that use fossil fuels to produce the electricity, and how cyber currency is used for illegal activities and money laundering is not lost on the public. As it is banned by more and more countries, companies and individuals, I think we will see it fade away, just as the fad that it is.

YES: Elon Musk admitted on “Saturday Night Live” that it was a “hustle.” Those who have profited have done so as a speculative investment, not its intrinsic currency value. Its anonymity, while lauded by its devotees, is particularly troubling as the “go-to” platform for criminals and hackers. Many see a currency system not backed by a nation as a good thing. I am still trying to figure out why that even matters. It feels like cryptocurrency exists for solving a problem that doesn’t really exist. Maybe I’m a Luddite.

NO: While it hasn’t yet achieved the status envisioned by its founders (a currency that everybody could use for day-to-day transactions), it does serve some useful purposes. More businesses are accepting it, it can be used as collateral for loans, and it is a speculative investment vehicle. It is even used for money laundering and illegal activities. As more and more financial institutions get involved, it may begin to approach the status of traditional currencies, but that might lead to regulation by some governments.

NO: The value of cryptocurrency or bitcoin will come from the strength of the issuer. A government could determine to use it as alt-currency and cryptocurrency provides opportunities for illegal transactions of which there are many, even between countries. Hence, while technically we could describe cryptocurrency as useless, the truth is it might have significant value to many who are trying to avoid taxes or law enforcement.

NO: Cryptocurrencies represent a paradigm shift toward a (partially inevitable) future of decentralized finance. Bitcoin was the first and still the most used today. Despite all the bad press (use for illegal activity, empty prospecting, environmental impact) crypto is having positive impacts (programmatic contracts, alternatives to volatile governments) and evolving as it is adopted. Moreover, ‘crypto’ is simply one use-case of the powerful technology blockchain which will change many industries. Cabs dismissed, then fought, Uber the same way banks dismiss crypto.

NO: Mining for bitcoin, like mining for gold, has environmental costs and wastes economic resources. But people pay these costs because gold and bitcoin provide something they value: a liquid way to store and spend wealth that is harder for governments to appropriate than many other assets. Nevertheless, I think the price of bitcoin went far above its fundamental value. My recommendation is for all investors to stay away from this asset.

Not participating this week.

NO: International cryptocurrency transfers can lower transaction costs over traditional wiring costs. Drug dealers also find utility in the anonymous nature of transfers. However, as an everyday permanent currency, it fails because volatility makes holding it too risky. It also fails as a store of wealth because we don’t know how to value it. So-called supply limits do not matter, as it is too easy to start new cryptocurrencies, like Dogecoin, and last, it is an unsustainable energy hog that geometrically uses more and more power to mine the next coin.

YES: Even though bitcoin currently has value and isn’t worthless per se, it is useless, highly volatile and speculative. An example was given recently that “if a bitcoin buys one Tesla today, but only half of one tomorrow, then it’s useless as a means of payment and store of value.” The instability and unreliable nature of bitcoin (and its general lack of adoption outside of a cryptocurrency exchange) will prevent it from being able to correlate like the dollar does with gold. Useless or not, cryptocurrency remains a disruptive technology with a cult following.

NO: Bitcoin serves a role in the evaluation of digital currencies and contributed toward the development of blockchain technology. Stablecoins and Central Bank Digital Currencies (CBDC) are more recent innovations involving digital currencies and offer some advancements over bitcoin. CBDCs are being considered by a number of central banks and could offer some potential benefits, including a more efficient mechanism for cross-border transactions and a way to give underbanked consumers access to digital currency.

Have an idea for an EconoMeter question? Email me at [email protected]