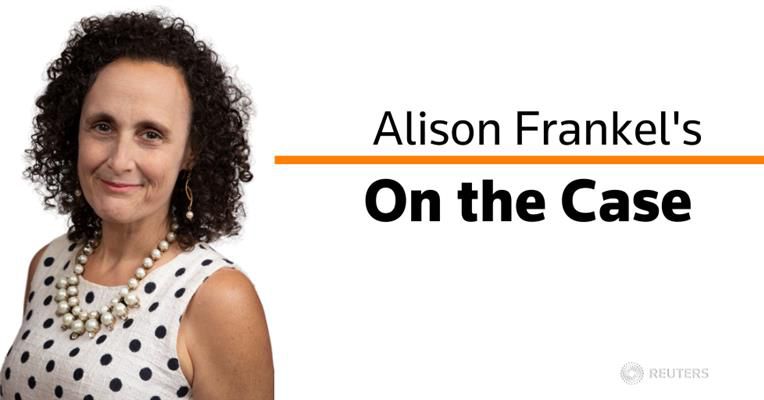 In a showdown over privileged documents in the U.S. Securities and Exchange Commission’s epic battle with Ripple Labs Inc, the blockchain company’s subjective good faith in the sale of more than $1.3 billion in XRP digital tokens turned out to be beside the point.

U.S. Magistrate Judge Sarah Netburn of Manhattan ruled on Sunday that Ripple did not waive attorney-client privilege when it argued in March, in an answer to the SEC’s complaint accusing the company of selling unregistered securities, that the SEC failed to provide clear notice of whether XRP was subject to federal securities laws. The ruling means Ripple does not have to turn over hundreds of privileged documents to the SEC.

The commission contended last month in a letter brief to Netburn that Ripple’s affirmative fair use defense had put all of the company’s legal advice about XRP at issue. As I’ve reported, the SEC already has possession of memos drafted by Ripple’s outside counsel about whether XRP meets the U.S. Supreme Court test for a security. Ripple produced those documents to the SEC during the commission’s years-long investigation of XRP sales, before the SEC filed its complaint last December. But the SEC argued in its letter brief to Netburn that it needed to see hundreds of additional legal documents for which Ripple was still claiming privilege in order to disprove the company’s fair notice defense.

Ripple, the SEC said, was well aware that XRP could be considered securities, as its own counsel advised in memos that the company shared with investors. By claiming that it did not receive fair notice, the SEC argued, the company had opened itself up to questions about its state of mind in selling XRP. And though its artfully drafted answer to the SEC complaint did not explicitly mention the company’s good faith, the SEC said, precedent such as the 2nd U.S. Circuit Court of Appeals decision in 1991’s U.S. v. Bilzerian and Netburn’s own 2014 ruling in Scott v. Chipotle Mexican Grill Inc makes clear that defendants cannot maintain privilege when they claim to have been unaware that their actions were prohibited.

Ripple’s lawyers from Kellogg, Hansen, Todd, Figel & Frederick and Debevoise & Plimpton argued in their opposition brief that the SEC – and not Ripple – had injected Ripple’s legal advice into the case by misreading the company’s fair notice defense. Ripple, they said, did not contend in its affirmative defense that it had relied on its lawyers’ counsel or that it had acted in good faith. The company argued that it was deprived of due process because the SEC failed for eight years, as the market for XRP expanded, to clarify whether the digital tokens are a security.

The relevant precedent, according to Ripple, was not Bilzerian but the 2nd Circuit’s 1996 decision in Upton v. SEC. In that case, the appeals court highlighted that Upton’s fair notice defense was not based on his subjective view of his own conduct but on his assertion that the SEC failed to provide reasonable warning of the prohibited behavior to market participants.

It’s no accident, Ripple said, that the SEC couldn’t find any cases in which courts held attorney-client privilege was waived by a defendant asserting an Upton-style fair-notice defense.

In Sunday’s decision, Netburn agreed. Ripple did not “put its subjective state of mind or advice of counsel at issue merely by raising the defense,” Netburn said. In fact, she said, it is the SEC’s state of mind about whether XRP is a security – not Ripple’s – that is a key issue in the case. (The magistrate judge previously ordered the SEC to produce some documents reflecting its internal deliberations on whether XRP, Bitcoin and ether are currencies or securities.)

Netburn was careful to say that her ruling is strictly limited to whether Ripple waived privilege by asserting a fair notice defense. She said she was not opining on the ultimate merits of the defense.

The SEC asked U.S. District Judge Analisa Torres, who is overseeing the case, to strike that defense entirely, arguing that it has provided plenty of notice to the cryptocurrency market via more than 70 enforcement actions against issuers. (It also argued that Upton doesn’t apply in cases alleging statutory violations.) Ripple said in its response brief that the facts are so vigorously disputed that the defense can’t be resolved on a motion to strike.

The SEC didn’t respond to my email query on the ruling. Ripple general counsel Stuart Alderoty said in an email statement that he’s pleased. “The court made clear that the proper focus of Ripple’s defense that the SEC failed to provide fair notice to the market is on the SEC, not on Ripple,” his statement said.

As I mentioned, the SEC already knows about some of the outside legal advice Ripple received about XRP, although the two sides bitterly disagree about what those memos actually said. (They’ve been disclosed in court filings but remain under seal.) The SEC had said it needed the rest of Ripple’s privileged documents for upcoming depositions of company witnesses. After Netburn’s ruling, the government appears to be limited to what it already has.

Opinions expressed here are those of the author. Reuters News, under the Trust Principles, is committed to integrity, independence and freedom from bias.

At the heart of the SEC’s case against Ripple, a dispute over legal advice

Opinions expressed are those of the author. They do not reflect the views of Reuters News, which, under the Trust Principles, is committed to integrity, independence, and freedom from bias.

Alison Frankel has covered high-stakes commercial litigation as a columnist for Reuters since 2011. A Dartmouth college graduate, she has worked as a journalist in New York covering the legal industry and the law for more than three decades. Before joining Reuters, she was writer and editor at The American Lawyer. Frankel is the author of Double Eagle: The Epic Story of the World’s Most Valuable Coin. Reach her at alison.frankel@thomsonreuters.com