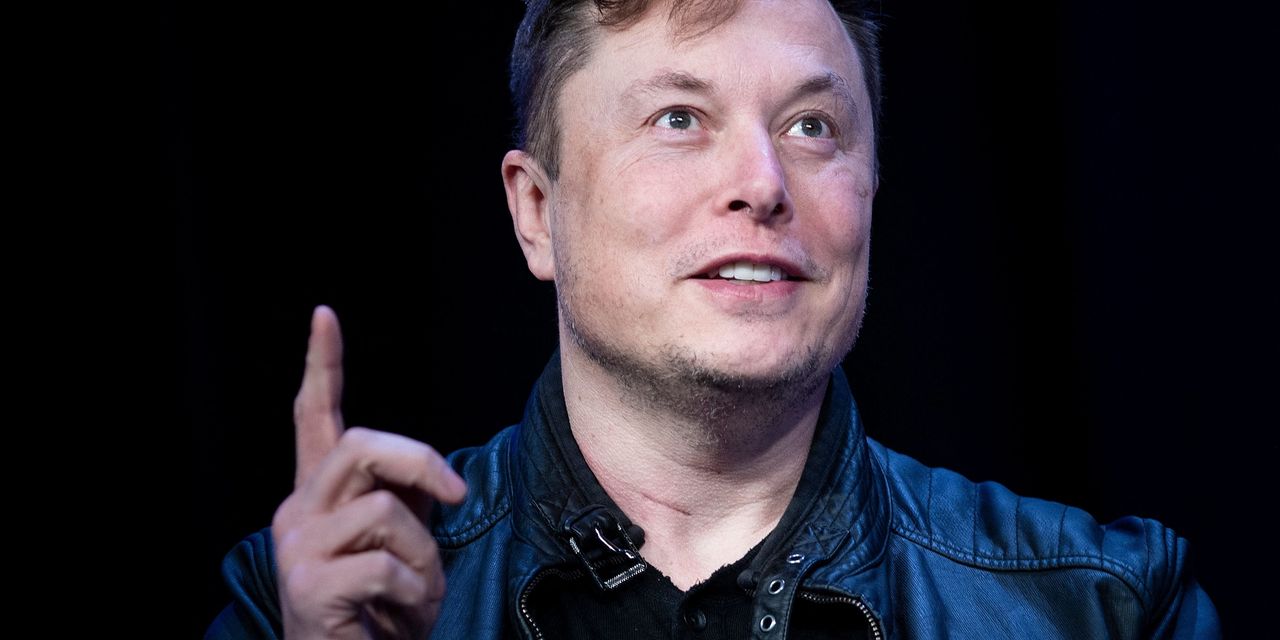 Bitcoin was down about 4% from its price at 9 p.m. ET Thursday. That was minutes before the Tesla Inc. chief executive tweeted breakup memes with “#bitcoin” and a broken-heart emoji. Bitcoin’s price slid to $37,070.84, a far cry from the record $64,802 it traded at in mid-April.

Two hours after his initial tweet, Mr. Musk published an “I miss you” meme.

The two posts elicited thousands of comments, including images of a shuddering man, as well as requests to “leave us alone” and “stop manipulating.” They also prompted some Twitter users to block Mr. Musk, but that hasn’t made a dent in his more than 55 million followers.

Mr. Musk and representatives of Tesla didn’t respond to requests for comment.

The latest episode is another sign of the influence Mr. Musk exerts over the world’s largest decentralized cryptocurrency.

Bitcoin’s value has plummeted more than 30% since May 12, when Mr. Musk tweeted that Tesla would suspend accepting the cryptocurrency as payment for its vehicles, citing the use of fossil fuels, including coal, in bitcoin mining.

The decision marked a sharp reversal from February, when Tesla said it made a big financial bet on bitcoin and would accept it as a form of payment in the U.S., sending the price skyrocketing.

“Elon Musk is the gorilla in the room,” said Stephen Kelso, head of markets at brokerage ITI Capital. “The culture of personality that is such a big part of the internet is going to be something that moves bitcoin around.”

Earlier this year, Tesla said it sold a portion of its bitcoin holdings for a profit in the first quarter.

The market for dogecoin, the cryptocurrency that was set up as a joke, has also been sensitive to Mr. Musk’s comments. Its price surged earlier this week following its listing on Coinbase Global Inc.’s free platform, aided by a tweet from Mr. Musk that suggested the dogecoin system would take over the global financial system. Less than a month ago, he sent dogecoin prices spiraling when he called it “a hustle” on a “Saturday Night Live” episode.

His latest tweets prompted some concern that he might not reverse his stance on bitcoin as easily. Others were just confused.

“It’s a love and hate relationship,” said Naeem Aslam, chief market analyst at brokerage AvaTrade. “It’s not clear whether he wants to leave bitcoin: His tweets are very cryptic and keep people on their toes.”

Some traders chose to view Friday’s weak prices as an opportunity to buy more bitcoin.

Mr. Musk’s prolific tweeting has also moved stocks in the past, including Tesla’s, and sparked concern among regulators. In 2018, Tesla and the Securities and Exchange Commission settled an enforcement action alleging that Mr. Musk had committed fraud by tweeting about a potential buyout of his company.

The Wall Street Journal reported this week that last year, securities regulators told the electric-vehicle company that Mr. Musk’s use of Twitter had twice violated a court-ordered policy requiring his tweets to be preapproved by company lawyers.