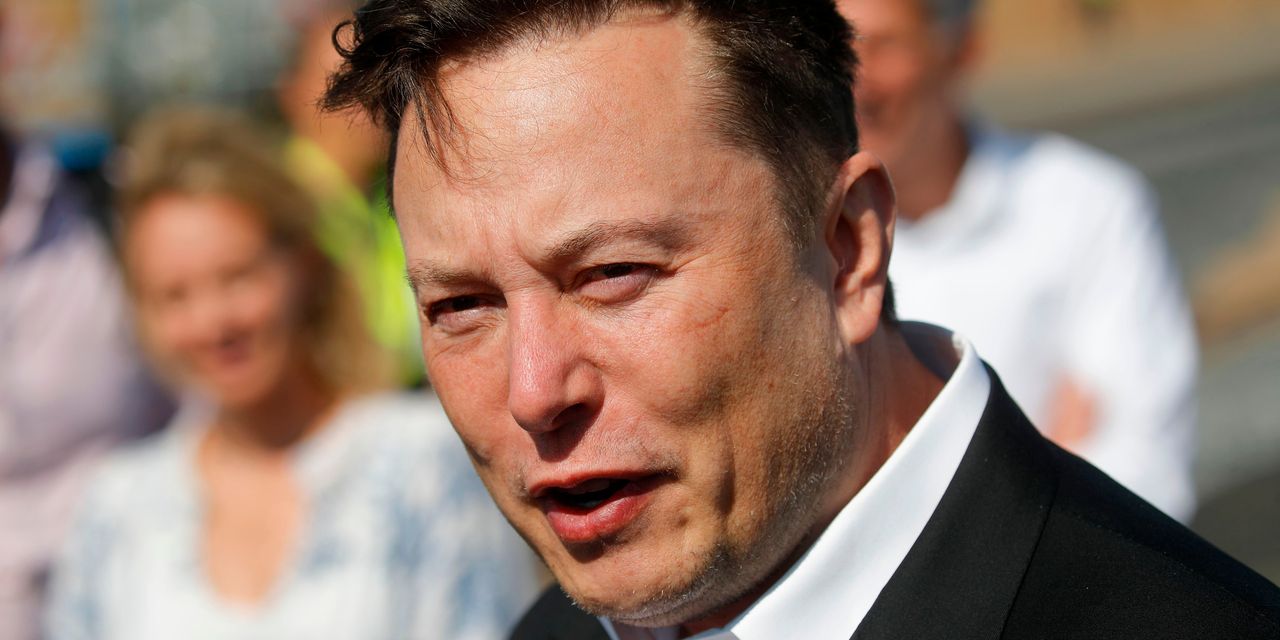 Elon Musk caused more calamity in bitcoin price action late Thursday and into Friday, leading at least one crypto hedge-fund manager to describe the Tesla Inc. CEO and prolific tweeter as “too influential on bitcoin prices.”

“Musk is definitely too influential on Bitcoin prices,” Kevin Kang, co-founder and principal at BKCoin Capital, told MarketWatch in emailed comments, while attending a bitcoin conference in Miami.

Kang’s remarks come after Musk on Thursday evening issued a cryptic tweet that many in the world of digital assets were interpreting as the billionaire’s breakup with bitcoin. The tweet included the bitcoin logo and a broken-heart emoji.

Musk’s social-media messages have had outsize influence on the prices of dogecoin and bitcoin and he’s at least partly blamed for the extant slump in bitcoin and the broader crypto complex. An article last month in The Wall Street Journal described him as bitcoin’s biggest influencer.

Last month, Musk tweeted that Tesla would no longer accept bitcoin as payment for its vehicles, citing the large carbon footprint of digitally mining for bitcoin. The tweet is still reverberating in crypto circles, reigniting a debate about the sustainability of bitcoin mining.

Back in February, Tesla TSLA, +4.58% revealed that it acquired some $1.5 billion in bitcoin in a filing with the Securities and Exchange Commission.

To be sure, bitcoin is influenced by geopolitical events, and tweets from other prominent figures in the industry. However, Musk has come to be a frequent and powerful voice in the crypto arena, with his significance perhaps amplified after he guest-hosted an episode of “Saturday Night Live” early last month, which was widely viewed as advancing crypto to the masses. That’s even if Musk at some point suggested that crypto like dogecoin, bitcoin and Ether ETHUSD, +2.11% on Ethereum’s blockchain might be a hustle, in one segment, to the chagrin of some crypto bulls.

Kang said that, at the end of the day, Musk’s power over crypto isn’t unlike the sway some traditional investors may have over more conventional markets.

“However, that’s no different to what we see in traditional assets when big name hedge-fund managers disclose their positions and those names move,” Kang said.

“I believe the more he tweets, the more immune the market will get in the future but for now, he’s definitely one of the big influencers of the Bitcoin market.”