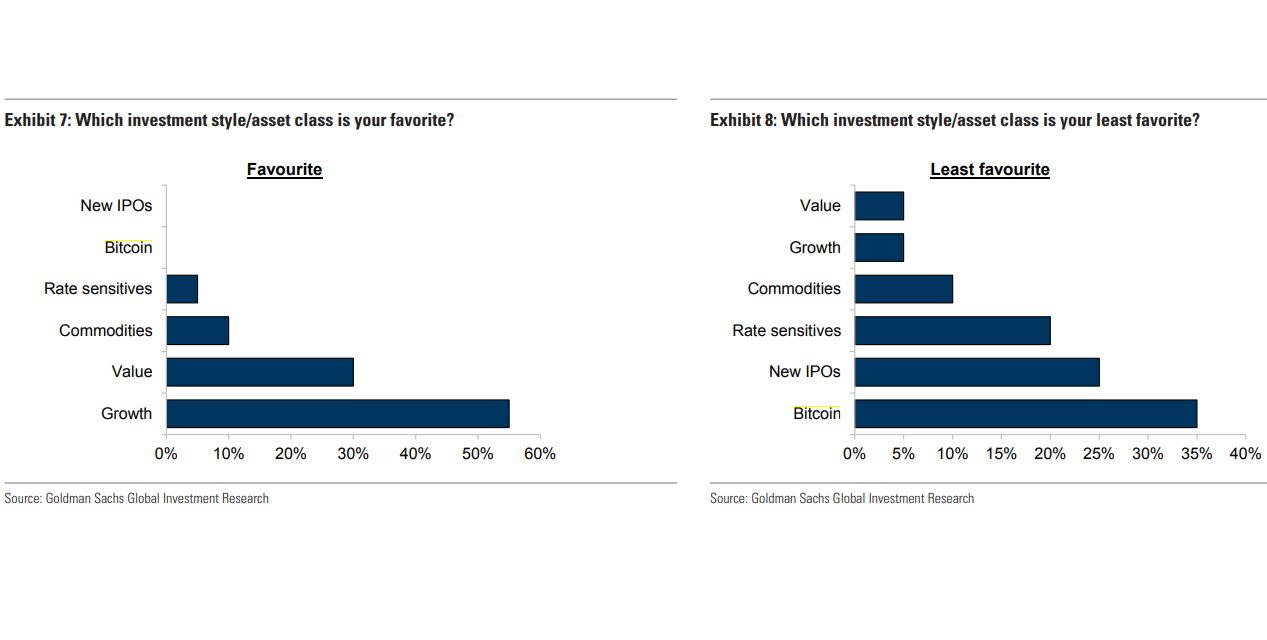 (Bloomberg) — Bitcoin and most other top cryptocurrencies fell on Sunday on concerns that there may be a further crackdown on the industry in China and as a report from Goldman Sachs Group Inc. served as a reminder that institutional adoption may be a long process.

Bitcoin, Ether and the rest of the top 30 cryptocurrencies excluding stablecoins declined in the past 24 hours as of 1:40 p.m. in Hong Kong, according to pricing data from CoinGecko. Chinese social-media service Weibo suspended some crypto-related accounts — when trying to view them, a message comes up that says the accounts have been reported for violations of laws, regulations or Weibo rules.

Chinese authorities have recently cautioned on crypto trading and Bitcoin mining efforts are being curtailed, which have put pressure on prices. Bitcoin, the largest cryptocurrency, is also struggling with technical levels, remaining below its 20-day and 200-day moving averages.

Bitcoin “remains vulnerable to a test of critical support at $29,000 with downside to risk to $20,000,” Evercore ISI technical strategist Rich Ross wrote in a note Friday. He said he’s a “seller” currently, with a $41,000 buy stop.

Bitcoin went on a furious rally at the beginning of the year, surging to almost $65,000 amid enthusiasm about institutional adoption, the idea that it’s a store of value akin to “digital gold,” and with endorsements from big-name investors like Paul Tudor Jones and Stan Druckenmiller.

The cryptocurrency has retreated by more than $25,000 since then and was recently trading around $36,100. It’s still up about 25% this year.

In a development that undermines the narrative about institutional adoption, a Goldman Sachs note on Saturday showed that not everyone in finance is eager to jump in.

“We held two CIO roundtable sessions earlier this week, which were attended by 25 CIOs from various long-only and hedge funds,” the strategists led by Timothy Moe wrote. “Their most favorite is Growth style but least favorite on Bitcoin.”

Still, support for Bitcoin continues to grow in some quarters. In comments from a video broadcast at the Bitcoin 2021 conference in Miamia, El Salvador President Nayib Bukele said he plans to make Bitcoin legal tender in the country, while San Francisco-based Square Inc. said it will invest $5 million to build a solar-powered Bitcoin mining facility. The project will be constructed at a Blockstream Mining site in the U.S. through a partnership with the blockchain technology provider.

Separately, a video posted on YouTube on Friday that appears to be from the group “Anonymous” criticizes Tesla Inc. Chief Executive Office Elon Musk for a variety of reasons including his social-media commentary about Bitcoin. Musk, for his part, continued to tweet actively into the weekend about crypto and other matters.