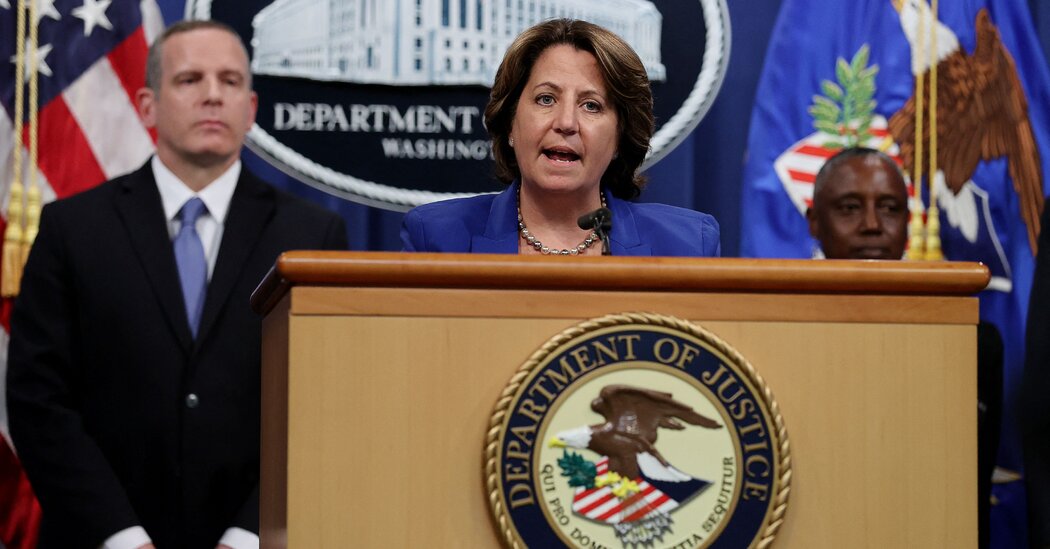 The Justice Department said yesterday that it had traced and seized much of the ransom that a major U.S. pipeline operator paid to a Russian hacking collective last month. The ransomware attack shut down the Colonial Pipeline for about a week, prompting fuel shortages and price spikes, until the company paid hackers more than $4 million worth of Bitcoin. But federal officials said that a new F.B.I. task force had recaptured most of the Bitcoins by, in essence, hacking the hackers.

Bitcoin transactions are anonymous but not untraceable. The hackers moved the ransom through dozens of anonymous accounts, which can be tracked on the blockchain, the public ledger of all Bitcoin transactions. Eventually, the funds landed in an account that a federal judge allowed the F.B.I. to break into. According to court documents, the feds got the account’s “private key,” a crucial password that gives the owner complete control over the funds inside.

In a way, this could be good for cryptocurrency. A major criticism of crypto is that its anonymity and ease of use make it suitable for crime, like the ransomware attacks that, by some measures, strike every eight minutes. The Justice Department didn’t divulge how it had seized the bulk of the Colonial ransom, but its success shows that it can comb the blockchain and crack into at least some accounts. That’s good for the traceability of cryptocurrency used for crime — but also goes against the decentralized, privacy-focused, anti-establishment benefits that some see as crypto’s greatest assets.

Today’s episode of “The Daily” podcast is about the recent ransomware attacks. In other crypto news, El Salvador’s president wants to make Bitcoin legal tender in the country, and the software company MicroStrategy is borrowing $400 million to buy more Bitcoin for its balance sheet.

A deep dive into billionaires’ tax-avoidance strategies. ProPublica obtained detailed I.R.S. data on the tax returns of thousands of wealthy Americans — including Warren Buffett, Bill Gates and Mark Zuckerberg — and how they minimized their tax bills. Jeff Bezos, for instance, paid no income tax in 2007 through a bevy of investments and deductions.

Regulators may crack down on corporate insiders’ stock-trading plans. The S.E.C.’s chairman, Gary Gensler, said the commission would revise rules governing 10b5-1 arrangements, in which executives schedule future stock sales. The plans are often used as defenses against insider-trading charges but don’t necessarily stop executives from trading on confidential information.

G7 officials work to ensure that their new tax pact covers Amazon. To counter worries that Amazon could evade the bounds of the agreement to tax profits above a 10 percent margin — a level the tech giant often doesn’t meet — negotiators may go after the company’s individual businesses. Meanwhile, analysts at Goldman Sachs reckon that the agreement’s other pillar, a global minimum tax, would have “a small aggregate impact” on S&P 500 companies’ earnings.

The London Metal Exchange’s trading floor will reopen after all. Traders will return to the exchange’s open-outcry floor, known as “the Ring,” in September, after its plan to permanently close the pit drew a backlash. The exchange will instead use a hybrid process of people and electronic trading to establish opening and closing prices each day.

A big Chinese port is the latest bottleneck for global trade. The partial closure of Yantian International Container Terminals in Shenzhen, amid a Covid-19 outbreak among dockworkers, is putting strains on already embattled supply chains. Vessels have spent as long as five days at port.

The big money behind a disputed Alzheimer’s drug

The F.D.A. yesterday approved the first new medicine in nearly two decades for Alzheimer’s, a drug from Biogen called aducanumab. That has spurred a heated debate over whether the move was wise — and whether the billions of dollars that will gush from the decision are warranted.

A new medical blockbuster? The drug’s approval will almost surely lead to billions in profits for Biogen — which plans to charge an average of $56,000 a year per patient, and whose shares jumped 38 percent yesterday — and the hundreds of clinics that will administer the drug. More than six million Americans have Alzheimer’s and would qualify for treatment.

Yet it’s unclear whether the drug actually works. Aducanumab is the first drug to attack the biological underpinnings of Alzheimer’s instead of merely treating its symptoms. But critics of the F.D.A.’s decision say it’s unclear whether the treatment really helps patients, while bearing potentially serious side effects. “Science took a back seat,” Max Nisen of Bloomberg Opinion writes.

“There is going to be a definite change in office occupation. It’s certainly not going back to where it was. This bodes very well for us.”

— Mark Dixon, the chief executive of IWG, a serviced-office company, on a call with analysts. The company has noted “unprecedented demand” for flexible office space as businesses adopt hybrid work plans, but IWG held the call to deliver a profit warning: The recovery in co-working interest has not translated into sales as quickly as expected, so the company’s 2021 earnings could end up “well below” the previous year’s.

Apple’s push for more privacy on its devices has struck some as surface-level, in part because it has put Chinese customers’ data at risk by aiding the government’s censorship efforts there. But new privacy features announced at Apple’s annual developer conference yesterday show that it plans to use privacy as a key selling point for its products. They include:

Not everyone is a fan of Apple’s privacy policies. In response to a feature the company released in April that allows people to decide whether they want to be tracked, Facebook, which relies on targeted ads, launched a campaign of its own implying that such a feature would hurt small businesses’ ability to find customers.

Apple also announced features not directly related to privacy. It is working to move government identification cards like driver’s licenses onto its devices and to replace physical keys with digital ones. It will also expand FaceTime to web browsers, meaning that people without an Apple device will be able to join FaceTime conversations.

The latest news about boardroom diversity is that there’s almost nothing new: Despite mounting public pressure to increase the representation of women and people of color in directors’ ranks, progress among Fortune 500 companies is slow. At the current rate of change, it would take decades for the makeup of big company boardrooms to match the demographics of the U.S. population, according to a new report by the Alliance for Board Diversity and Deloitte.

The big picture isn’t pretty, but there are a few bright spots, the In Her Words Newsletter reports. Another study looking at more recent data found a surge of newly appointed Black directors at S&P 500 companies over the past year. And a 2018 California law requiring companies to add at least one woman to their board has proved effective.

Best of the rest

We’d like your feedback! Please email thoughts and suggestions to dealbook@nytimes.com.