El Salvador Will Use Volcanic Energy To Mine Bitcoin – NPR 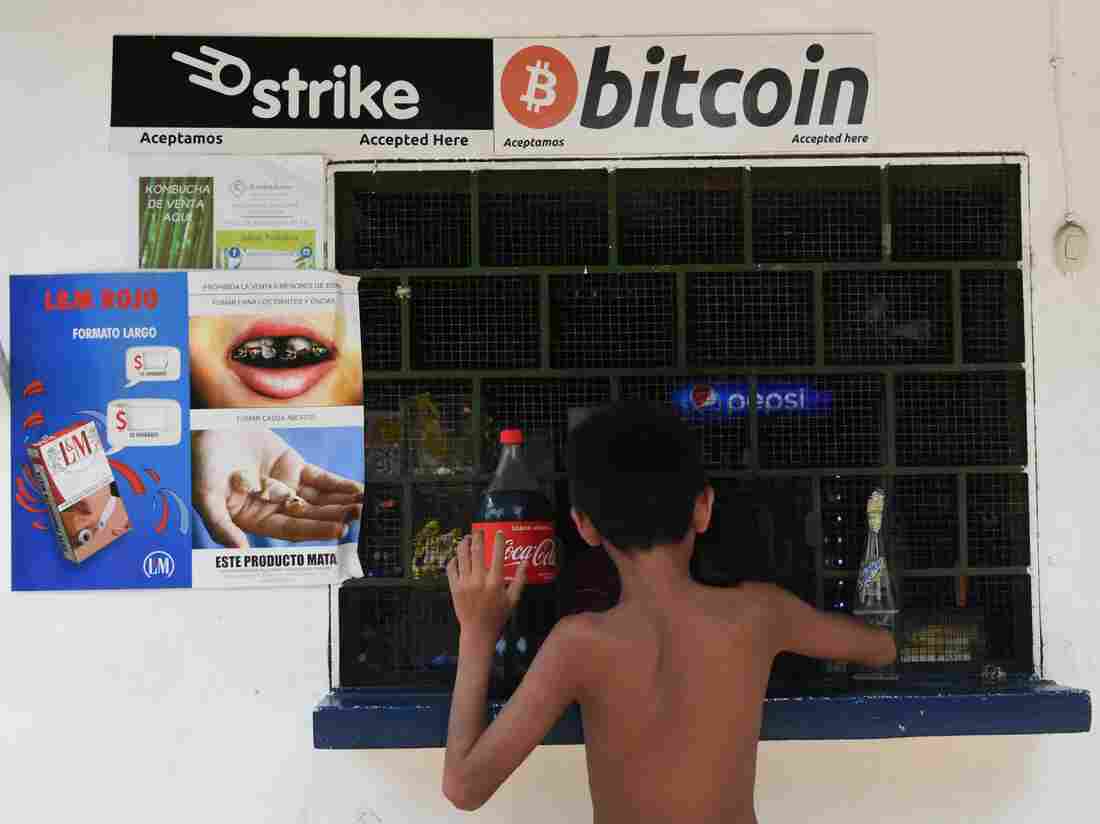 A man buys in a store that accepts bitcoins in El Zonte, El Salvador.

The announcement on social media came just hours after the Central American nation’s congress voted to make the cryptocurrency an acceptable legal tender.

“I’ve just instructed the president of @LaGeoSV (our state-owned geothermal electric company), to put up a plan to offer facilities for #Bitcoin mining with very cheap, 100% clean, 100% renewable, 0 emissions energy from our volcanos,” president Nayib Bukele tweeted. “This is going to evolve fast!”

Bitcoin mining has taken a lot of heat for being harmful to the environment, since it requires massive amounts of electricity to power the computers that generate the invisible currency.

But boosters of the cryptocurrency, such as Twitter CEO Jack Dorsey, say Bitcoin mining could lead to more renewable energy projects, such as the one being announced in El Salvador.

How much energy are we talking?

There is a decentralized ledger of Bitcoin transactions, known as a blockchain.

New entries in that ledger are created when someone — or rather, their computer — solves a complex mathematical puzzle to verify previous transactions.

There’s a potentially significant payout. If you solve one of those puzzles, you get to process the next block in that massive ledger and earn yourself, or “mine,” 6.25 Bitcoin, which is worth nearly $230,000 today, plus any transaction fees.

This, it turns out, requires immense amounts of computing power to both run the superfast machines that solve these math problems and cool them when they overheat.

With Bitcoin miners located all over the world, the overall energy bill is immense.

According to the Cambridge Bitcoin Electricity Consumption Index, worldwide Bitcoin mining uses about 105 terawatt hours of electricity per year. That’s more than all of the electricity used annually in the Philippines, the university estimates.

Such revelations have sparked outrage over the high environmental cost of Bitcoin mining.

They have also led companies to find cleaner — and cheaper — ways to mine the valuable cryptocurrency. Forbes reported that a company called Northern Bitcoin set up a data center in a former Norwegian metal mine and uses hydroelectric electric and wind power to run its computers as well as cold water from a nearby fjord to cool the machines.

With geothermal energy, such as that slated to be used in El Salvador, the scorching volcano heats water underground, creating a rush of powerful steam that can spin turbines and generate electricity.

El Salvador’s new law makes Bitcoin legal tender, joining the U.S. dollar as the only other official currency in the country.

According to the law, about 70% of the country’s population does not have access to “traditional financial services.” President Bukele said he hopes that making Bitcoin legal tender will drive investment in the nation and increase the wealth of its citizens.

The law also requires the government to provide “the necessary training and mechanisms” for Salvadorans to access Bitcoin transactions.

It’s not yet clear if other countries will follow suit.

Critics have warned that the cryptocurrency’s value is volatile. And a spokesman for the International Monetary Fund said the designation of Bitcoin as legal tender “raises a number of macroeconomic, financial and legal issues that require very careful analysis.”