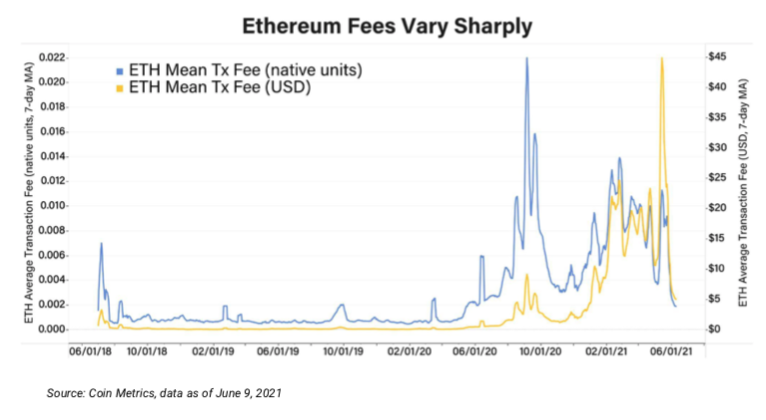 At block number 10,499,401, which is expected to be mined next Thursday, the Ethereum test network Ropsten will undergo a backward-incompatible upgrade dubbed “London.”

This is the first of three test network releases for London in the lead-up to a main network activation tentatively scheduled by Ethereum developers for mid-July. Included in London are five code changes, also called “Ethereum Improvement Proposals” (EIPs). In a blog post released Friday, Ethereum Foundation’s Tim Beiko said:

“[EIP 1559] introduces changes to the block header, adds a new transaction type, comes with new JSON RPC endpoints, and changes the behavior clients in several areas (mining, transaction pool, etc.). It is highly recommended that projects familiarize themselves with the EIP.”

Out of the five EIPs in London, EIP 1559 is arguably the most anticipated and controversial code change of them all. EIP 1559 introduces a minimum payment, also called a “base fee,” for sending transactions on Ethereum that dynamically adjusts based on network activity and demand for block space.

Since EIP 1559 was first proposed over two years ago in 2019, there have been several misconceptions about its use and impact on end users, miners and investors. The following are four common myths about EIP 1559 sourced from CoinDesk Research’s latest report, “The Investment Implications of EIP 1559.”

Read the full report on the CoinDesk Research Hub.

Myth 1: EIP 1559 is aimed at reducing high fees on Ethereum.

At its core, the aim of EIP 1559 is to make transaction fees less volatile and more predictable by creating an algorithmic model to automatically adjust costs by a factor of 1.125x at most per block.

Related: Crypto Adoption in Australia Grows Along With Concern Over Volatility

Under the current blind auction-like system for determining fees on Ethereum, the costs for sending a transaction can skyrocket at a moment’s notice depending on the ups and downs of the crypto markets. Under EIP 1559, fees are regulated to increase and decrease based on the use of block space. If blocks are filled above a set “gas target,” the base fee will increase by 12.5% and vice versa.

These changes to the inner workings of Ethereum’s fee model are not expected to reduce transaction fees on Ethereum, however. The issue of high fees is primarily caused by limited network capacity to process transactions. EIP 15559 on its own will not affect how many transactions the network is able to handle at once.

EIP 1559 introduces a fee-burning mechanism that will permanently remove coins from the total circulating supply of ether (ETH). The reason for burning the base fee rather than distributing them to Ethereum miners is to ensure there is no financial incentive for miners to artificially congest the network and keep the base fee high.

Because of this burning mechanism, EIP 1559 may strengthen a bitcoin-like narrative of limited supply to the investment case for ether. It is difficult, however, to predict exactly how much ether will be burnt over time given that the base fee dynamically adjusts according to network activity and demand for block space.

While EIP 1559 introduces a counterbalance against an ever-increasing ether supply, it doesn’t make Ethereum’s long-term monetary policy more stable. On the contrary, it introduces economic instability to the network by making it impossible to control what the total supply of ether will be over time.

Myth 3: It is likely that EIP 1559 will cause Ethereum miners to quit and attack the network.

It is estimated that miners will lose 20% to 35% of their income with the activation of EIP 1559, and so there have been petitions from mining entities on Ethereum to stop EIP 1559 in its current form from being accepted into the London upgrade. In addition, amendments to EIP 1559 have been proposed. Those include changing the proposal so that the base fee is not burned, increasing miner income from other sources such as block subsidies and making adjustments to Ethereum’s mining algorithm so that competition for network rewards among miners is more equitable.

Despite the opposition from members of the Ethereum mining community, EIP 1559 is expected to be released on Ethereum’s main network in July, which raises the question of whether miners could potentially resist the London upgrade by shutting down their machines and weakening the security of the network.

While that is possible, there are a number of reasons why it is unlikely that the majority of miners will defect or try to sabotage Ethereum as a result of EIP 1559 activation. One of the primary reasons is that miners would have to forgo rewards they might have otherwise earned by upgrading their machines and continuing operations. There is also the reality that miners have a limited runway on Ethereum and will have to forgo 100% of rewards once the network switches to a proof-of-stake (PoS) consensus protocol early next year.

See also: The New Plan to Merge Ethereum to PoS

Myth 4: EIP 1559 will solve the issue of miner extractable value (MEV) on Ethereum.

Miner revenue on Ethereum has historically consisted of a fixed block subsidy and transaction fees. However, as a result of the growing popularity for high-frequency trading on decentralized exchanges (DEXs), miner income from MEV has become increasingly lucrative. Research and development organization Flashbots estimates daily income from MEV has grown from half a million dollars at the start of this year to over $6 million in June.

EIP 1559 reduces the ability for miners to rely on transaction fees as a way to extract MEV from users, but the ability for miners to order transactions and thereby earn MEV through other means will remain unchanged under EIP 1559. Speaking to the continued need for research and development on MEV after EIP 1559 activation, Flashbots researcher Philip Daian said during a virtual Ethereum conference in May:

“The transaction fees people are paying for inclusion [in a block] are actually a very small percentage of the eventual MEV market … The game is still fundamentally unchanged and the deeper protocol level mitigations are still things that we haven’t explored yet.”

For more information about EIP 1559 and its investment implications, download the full report by CoinDesk Research here.