When The Dust Settles: Insights For The Future of Crypto & Blockchain – hackernoon.com 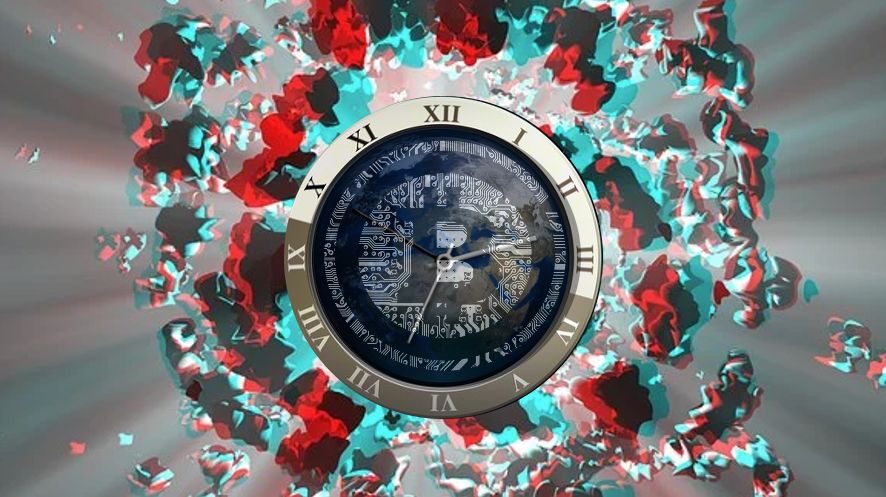 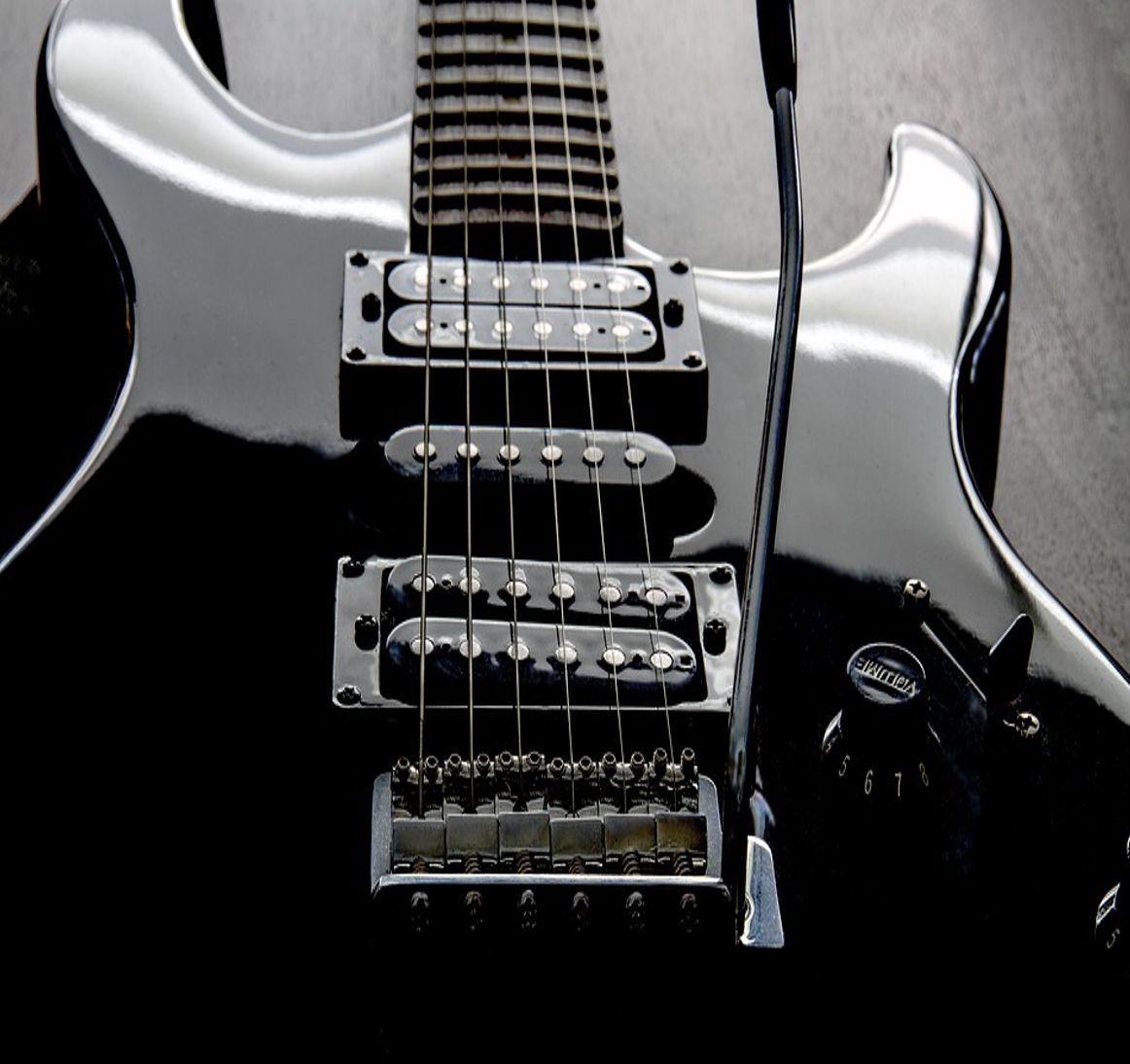 What does the future hold for the state of blockchain and the decentralized finance movement?

This discussion thread by Mona Rassouli, Akasha Rose, Limarc Ambalina and Justin Roberti occurred in Hackernoon’s official #blockchain channel and has been edited for readability.

Ultimately how do we see the state of the world of digital currencies in the future? Will everything be solely decentralized, centralized, or hybrid?

I don’t want to seem to be putting a damper on anything, but I think it will take up to 1000 years for human culture to become truly decentralized. Centralization has been ingrained and positively reinforced into Western civilizations for the last 10,000 years. Civilization now has the technology to be both robust and decentralized, but we need human behavior to catch up.

Centralized systems are naturally weaker systems. That’s why natural systems are diverse with checks and balances. Humans have tried to introduce analog decentralization into Westerns systems of government with the doctrine of the separation of powers. However in reality this is rarely the case. Once the rewards to be decentralized are truly greater than the rewards to be centralized, then human culture will evolve to catch up. It’s our role in crypto and DeFi to incentivize the adoption of crypto and to maintain strict standards of integrity and transparency to help catalyze this process.

I just had an interesting but at the same time disappointing revelation about the value of crypto, and a real-life need for cryptocurrencies.

Since this is about payments, I won’t give any specific details obviously. But we recently had to pay someone at HackerNoon for some work they had done. This person lives in a developing country and we initially had set up a wire transfer.

It didn’t go through. It turns our their bank requires someone to set up a special type of account in order to receive wire transfers. To set up that account, the bank requires you to either prove you are making X amount of income, or make a large enough initial deposit.

In other words: in order to set up a bank account TO SAVE MONEY, you first have to prove that you have lots of money.

What logic is this? Doesn’t it basically say you don’t want to give lower-income people the chance to receive more income?

So that failed. But luckily, we’re crafty and have other options. We tried Paypal. Surely that would work right?

No, for some reason Paypal in that country didn’t allow regular accounts to receive money, they could only send. In order to receive money they’d have to make a Paypal business account. Same logic as the banks.

What did work? Sending crypto.

That’s what we did and it took all of 10 minutes. Why is modern finance so broken? Because I grew up in a family with a good living in Canada, I’ve never had trouble receiving funds for the work I’ve done.

This real life use case really opened up my eyes a bit.

Tomas Sirio replied to this message below which I’ve moved here and he may an interesting take on this as well, based on the laws in Argentina which he is located

I think crypto is in a wonderful wild west stage right now — like the US Wild West when there was gold and resources to be had, some people were getting rich, but the infrastructure wasn’t quite there to enforce order. the wild west was allowed to go on for 7 years I believe (I’m no scholar of history). Until all territories and states were incorporated and they were subject to laws of the US like any other place in the US. We in the crypto world live a charmed life for now — the establishment has decided we are worth the exploration.

But should we kid ourselves that anything will come of this beyond the megarich getting richer? Digital currency is another tool that will be used to make a few lucky people some wealth, and will ultimately be used to make the super wealthy even more so. Since worldwide power is consolidated, there will never be perfect decentralization, not while we accept the money of institutional investors whose clients are interested in retaining and building their control.

We can build a perfect, trustless, decentralized ecosystem and some will use it and benefit from it, but we live in an imperfect world. Blockchain can account for how currency works and meet the needs for currency, but it does not change human nature or the profit incentive which is 100% of the ideology of capitalism. In fact, we will ultimately just become a tool of the system we sought to replace.

But I think the journey will be interesting. In 5 years, i do not expect the blockchain world to be anything like it is now. The internet boom DID have the feeling of the small entrepreneur making it big — though some of that idea is a myth in itself, Microsoft and Apple are propped up monopolies from the beginning. But the open market is very Game of Thrones. Big Tech will destroy or buy the smaller player — as a company I worked with regularly bought up or “borrowed ideas” from small innovators. But the Web isn’t the open world for competition it once was, and I feel like now that the mainstreaming is here, Blockchain is becoming just as cynical. Nothing will stop this from happening when the base ideology is wrapped up in gain and the chance for gain is what brings 90% of the people involved to the table. I think the code in blockchain is stronger and deeper than the philosophy behind it and the technology is what will endure.

This is why I hang out in the unpopular ideas section more than the tech section.

I was thinking about this yesterday, Justin Roberti. How much impact do you think it’d make if the US (and other countries) made it illegal for politicians (of any level) to hold stocks?

I know what I’m suggesting is a pipe dream at best, but it’s kinda crazy that the world’s most influential people can use their power to affect the stock market and crypto prices.

Limarc Ambalina the fact that it is a pipe dream — the idea of putting any restrictions on the truly powerful — in the U.S. shows that this is not a fair or balanced system. It is a bureaucracy at best, but it is a bureaucracy not philosophically opposed to using oppressive para-military tactics to keep power. The only rule of law is profit incentive in our open market society — that’s why you are saying it is a pipe dream. Because the super rich are becoming our mainstream stars. I think it’s a sign of decline and late stage capitalism that our super rich are becoming superstars mostly for being super rich.

But I agree — it’s not that the system is rigged for the first time, it’s that with social media what was a criminal offence is now just cheeky behavior on Twitter.

In Blockchain Basics, Daniel Drescher states: “Centralized and distributed systems are architectural antipodes. Technical antipodes have always inspired engineers to create hybrid systems that inherit the strength of their parents.”

DeFi (Decentralized Finance) has boomed to levels that traditional finance will soon begin struggling to compete with.

During the Consensus 2021 conference, Bridgewater Associates founder Ray Dalio, admitted that he owns bitcoin and believes it is a better investment than bonds. (Reference:https://www.coindesk.com/consensus-ray-dalio-i-have-some-bitcoin)

The parallel growth of the two systems towards digitization of currencies and assets will ultimately necessitate a need for both camps to meet somewhere in the middle. Both systems feed off of each other and yield new solutions. Meanwhile, regulations and the role of central governments will ultimately embody the role of the orchestrator of Defi and traditional finance. At the very least cryptocurrencies offer an opportunity for better global remittances, unfettered access to funds, and prevention of currency devaluations by governmental entities.

Another pivotal aspect lies with the Web3 foundation. Web 3.0 has the capability of shaking up the current advertising and privacy rights of the current internet. The Web 3 foundation is seeking to reshape the internet into a fair, truly democratized system for users. Censorship resistance and privacy are human rights issues. By building infrastructure and resilient base level protocols to support that, institutions cannot usurp those rights. There is strong hope for mainstream adoption as projects and developers are actively deploying more and more means to facilitate use and ease of access.

Interesting opinions and perspectives have been shared in this discussion. I am hopeful that the Cypherpunk dream simply skipped a generation and is ready to resurge with Web 3.0 as a means of counteracting bureaucracy. Even modest success would place us further along than our forebearers.

Hey, thanks for hosting such a great conversation on Slogging Mona R!