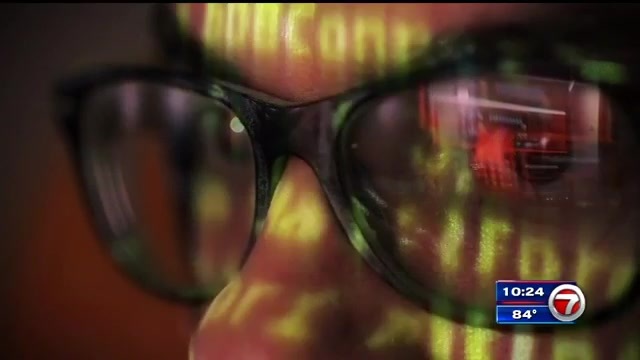 (WSVN) – Cryptocurrency: a great way to get rich or to lose your money. It’s complicated, it’s risky, and crooks are loving it, which is why South Floridians are turning to Help Me Howard with Patrick Fraser to ask, if crooks steal their crypto, are they out of luck?

Matthew Pilieci, cryptocurrency stolen: “It’s a bit like the Wild West, not regulated.”

Matthew Pilieci is determined to be financially set when he retires. A point he got from a man speaking from experience.

Matthew Pilieci: “My grandfather drilled it into my head, I think, as a young kid: ‘You don’t want to die with no money.’”

Matthew believes cryptocurrency can make that money for him, so after he saved $20,000, he signed up through the app Coinbase and started buying.

Matthew Pilieci: “No issues, it felt very safe. It had a mix of Bitcoin, some Ethereum.”

The unregulated cryptocurrency is very risky, which doesn’t bother Matthew.

Matthew Pilieci: “I like to gamble, and I take risks with my investments because I’m younger, so I like higher risk investments.”

His high-risk investments were bringing in higher rewards.

A great return. And then one night, it all disappeared.

Matthew Pilieci: “Somehow they got through my two-key factor authentication and accessed my account remotely. Within a matter of 10 minutes, everything was gone. Just under $75,000 have been stolen from you. It’s a lot to swallow.”

Matthew quickly called Coinbase to notify them and try to get his $75,000 back.

Matthew Pilieci: “They have no live support, in the market that is 24 hours a day, seven days a week, a publicly traded company has absolutely no live support.”

Matthew emailed Coinbase. He says all he got were automated email responses.

Matthew Pilieci: “I was aware that people have been hacked. I was not aware that Coinbase was completely unresponsive and not helpful.”

Matthew doesn’t know how the hackers were able to access his Coinbase account, but he remembered that when he signed up with Coinbase, they advertised they had insurance.

Matthew Pilieci: “They promote that your money is insured, but if a transaction is made, there’s no way to pull back that transaction.”

Matthew Pilieci: “I went from completely heartbroken to enraged.”

Howard Finkelstein, 7News legal expert: “To say that this is legally complicated is an understatement. Our finance laws were written before cryptocurrency was created. If the money was stolen from a bank account, they would probably have to reimburse you, but with cryptocurrency, no one knows the answer, and if they say you are out of luck, you probably are.”

Matthew is not alone. Lately we have been contacted by people whose cryptocurrency has disappeared.

A viewer wrote, “Bitcoin Wallet was hacked and stolen.”

Another person said, “$11K worth of cryptocurrency was stolen,” and they also stole $3,500 from his bank account.

Regarding Matthew, Coinbase wrote, “They responded quickly and can confirm that there was no breach of the Coinbase platform or improper employee action,” meaning they concluded the hacker accessed Matthew’s phone, and their insurance is not responsible for his $75,000 loss.

Howard Finkelstein: “If you are thinking of suing, don’t waste your time. When you sign up with companies like Coinbase, you lose your right to sue them and can only seek reimbursement through arbitration. That’s Matthew’s best shot, and like buying cryptocurrency, it’s a long shot.”

Matthew Pilieci: “That just put me back how many years, you know? Now I’m back to zero. Now I’m at the starting line again.”

If there is a way to make a dime, the hackers will find a way to steal that dime, and that’s why they call cryptocurrency the Wild Wild West.

Someone costing you a bit of coin? Don’t be cryptic. Contact us, and see if we can be money in the bank for you.

Copyright 2021 Sunbeam Television Corp. All rights reserved. This material may not be published, broadcast, rewritten or redistributed.

Join our Newsletter for the latest news right to your inbox