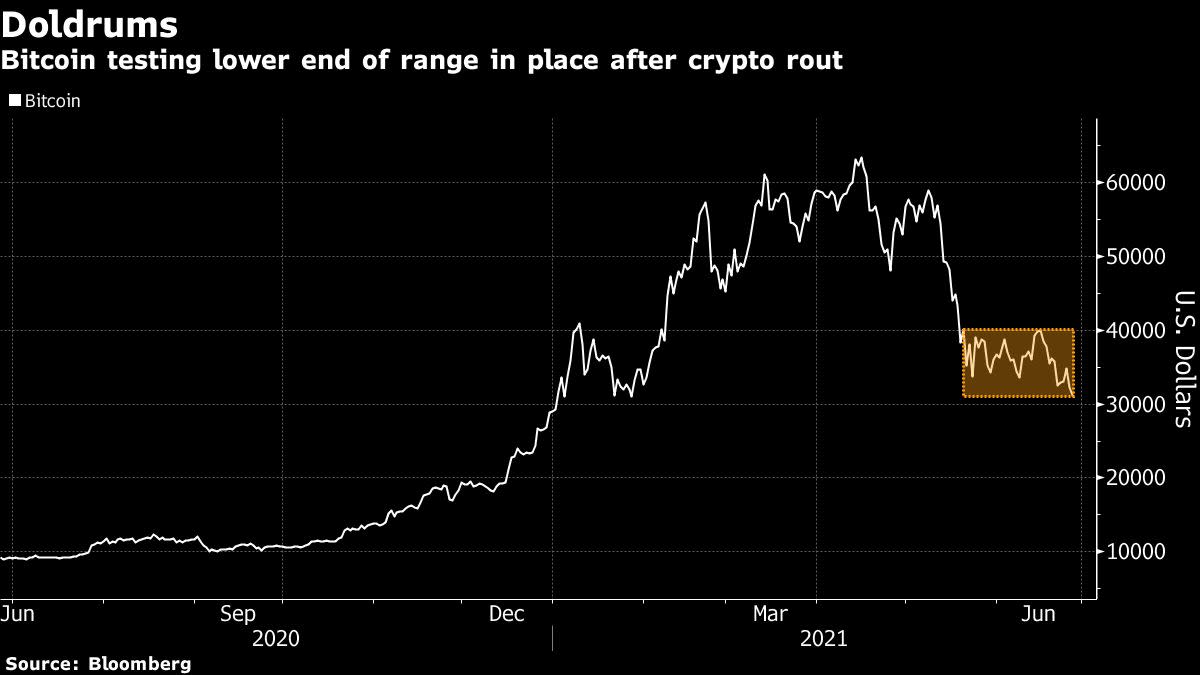 (Bloomberg) — Strategists are struggling to see a turnaround ahead for Bitcoin, at least for now, as the digital coin looks to consolidate above the $30,000 level.

The JPMorgan team said blockchain data suggests recent cryptocurrency sales were made to cover losses and that “there is likely still an overhang of underwater positions which need to be cleared through the market.”

Bitcoin has roughly halved from a peak near $65,000 in April, hurt by a cryptocurrency clampdown in China, tightening regulatory scrutiny elsewhere and concerns that the servers underpinning the virtual coin consume too much energy. The prospect of reduced emergency stimulus amid the recovery from the pandemic may also be an obstacle for the most speculative investments.

Still, the JPMorgan strategists pointed to stability in the Bitcoin futures market as a positive factor, alongside the possibility of increased production costs as China’s crackdown pushes Bitcoin mining abroad. Some researchers argue the marginal production cost plays an important role in Bitcoin prices.

So while the “cryptocurrency market shows signs that it is not yet healthy, it does also appear to be beginning the process of healing,” they wrote.

The largest cryptocurrency rose as much as 6.5% to $33,329 on Sunday, snapping a two-day drop. Other coins rallied too, with Ether up more than 5%. Some chart watchers view the $30,000 level as key for Bitcoin, contending a decline below it could open the way to retreat to $20,000.

Grider, lead digital asset strategist at Fundstrat, noted that a large short position has been building again on the crypto exchange Bitfinex — and said the last time there was a similar situation, negative news out of China took prices lower.

(Updates markets in the seventh paragraph.)