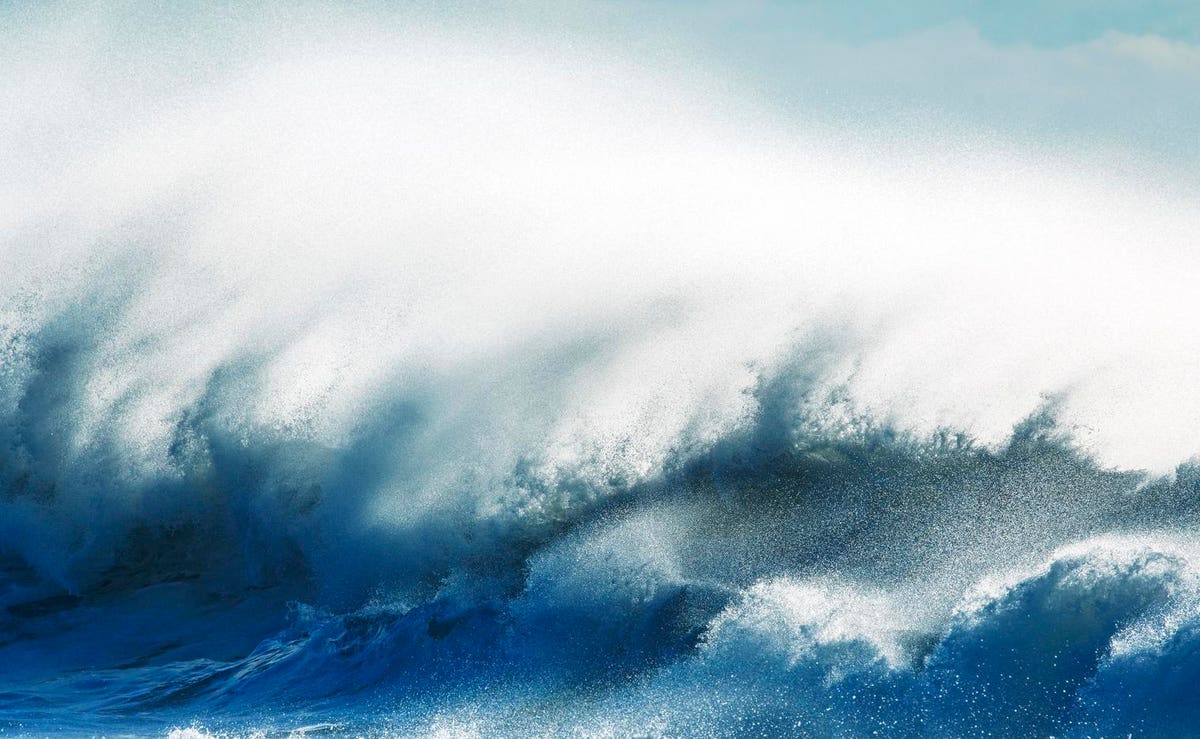 The Securities and Exchange Commission’s (SEC) bombshell lawsuit against fintech startup Ripple Labs is now a cause célèbre in the cryptocurrency community, but its sweeping implications about regulatory overreach against innovation is provoking principled debates in some of the country’s most influential policy circles. The Federalist Society’s Regulatory Transparency Program (RTP), an organization dedicated to fostering discussion and understanding of regulation, featured experts in an event titled SEC v. Ripple Labs: Cryptocurrency and “Regulation by Enforcement” last week.

In December, the SEC sued Ripple and two of its top executives for seven years of distributions of the cryptocurrency XRP which the agency labeled as illegal unregistered securities trades. Ripple offers a global payments platform for some 2 million users worldwide for the XRP token and its fully decentralized ledger. The company ferociously disputes the allegations by making clear that the regulatory agency allowed billions of XRP tokens to circulate freely on global cryptocurrency exchanges for seven years without making such a determination, despite being asked in public and in private for that specific clarity for years. The SEC also alleges that XRP’s only utility is to be an investment contract in Ripple and that all XRP holders depend on Ripple’s actions to obtain a return on their holdings. The suit seeks to enjoin the registration of XRP as a security and preclude Ripple’s executives from participation in the market.

The event explored whether and to what degree the SEC may violate the legal and Constitutional principles of fair notice, due process, and rule of law. Many saw the SEC’s timing suspicious, the sudden thud dropped on the last day of the prior SEC Chairman’s term, after XPR had been in circulation for so long. The event was moderated by Committee for Justice President Curt Levey, noted conservative attorney and scientist. Following is a summary of perspectives of the panelists.

People use XRP as a currency

With the SEC’s action, the value of XRP has plummeted, some 50 exchanges delisted or suspended trading XRP, and the currency lost 75 percent of its value. XPR holders, who were driven to panic selling after the SEC’s action, are outraged. John Deaton of the Deaton Law Firm and the website CryptoLaw is leading a challenge to the case, separately from Ripple. He filed a writ of mandamus in to challenge what he called the egregious, inappropriate action of the SEC and subsequently a motion to Motion to Intervene in the SEC’s case in the Southern District of New York on behalf of more than 18,000 XRP holders.

Many of these individuals, app developers, organizations, businesses, and others swear that they had never heard of Ripple prior to the case and never saw XRP as an investment contract in any company. Prior to the SEC’s action, XRP was openly traded on more than 200 currency exchanges.

Many countries have issued digital currencies, some of which utilize the XRP ledger. The World Economic Forum noted XRP as the most relevant cryptocurrency for central banks. Financial regulatory authorities in Japan, Singapore, the U.K., Switzerland, and the UAE have already declared that XPR is a currency, not a security.  XPRArcade.com notes some 360 different kinds of organizations which use the currency as a means of exchange including wallets, marketplaces, money transfers, banks, and more than 150 consumer apps. Some firms pay international employees through XRP, and consumers use it to buy groceries and to subscribe digitally to Time Magazine.

Deaton detailed a series of actions, events, and conflicts to diminish the SEC’s case. In 2015, the Ripple and Department of Justice reached a settlement that XRP is a “convertible digital currency” and that Ripple is a transmitter of XRP registered with the Department of Treasury’s Financial Crimes Enforcement Network (FinCEN). Ripple agreed to comply with US currency laws, not securities laws. In 2017 when the SEC brought cases against Initial Coin Offerings, it did not include Ripple. In 2019 the SEC accepted Ripple’s $30 million equity investment in MoneyGram to extend money transfer via blockchain. Similarly Ripple informed the SEC to list XRP on Coinbase, the cryptocurrency exchange platform. The SEC said nothing in response to these events which would indicate that XRP is not a currency and that Ripple was not in compliance. Former SEC Chair Joseph Grundfest implored the agency to not proceed with the case, warning that it would cause “multi-billion dollar losses to innocent third parties.” Deaton also detailed a series of troubling, unseemly conflicts of interests with prior SEC leaders who favored other tokens with much more solid investment contract arguments while bringing the hammer down on Ripple.

Bad Style at the SEC

Carol Goforth of University of Arkansas School of Law weighed in on the key question of the Howey Test, whether a transaction qualifies as an “investment contract” defined by “investment of money in a common enterprise with a reasonable expectation of profits to be derived from the efforts of others.” For the SEC’s purposes, such a determination deems the asset a security which subsequently can be subject to disclosure and registration requirements under the Securities Act of 1933 and the Securities Exchange Act of 1934. The term originates from the Supreme Court case SEC v. W. J. Howey Co. whose defendant was an individual with citrus groves in Florida who kept a portion for his own use while selling real estate contracts to finance future growth. Goforth argued that the SEC is in the right with its determination but displayed untoward behavior and timing against Ripple.

Goforth observes that the value of XRP is derived, at least in part, by the efforts of Ripple.  However, she is appalled by the SEC’s treatment, noting that it waited years to issue the ruling. A similar fate could befall Bitcoin and Ethereum, which are by no means safe from being redefined by regulators. The challenge for Bitcoin, however, is that there is no single party to which the SEC could bring a suit. (Or, perhaps, because the SEC would have to sue China, which has controlled the hashrate of Bitcoin for years.).

She also observed that XRP has many uses which the SEC’s action has not necessarily precluded; people still use it as a form of exchange. Moreover that the DOJ/FinCEN settlement does not “exonerate” Ripple of other charges. It is notable that new SEC Chair Gary Gensler has not revoked the case. However his preference is for Congress to clarify how the SEC should proceed. This admission confirms the view that that Gensler’s predecessor, Jay Clayton, acted capriciously.

Goforth concludes that the regulations are a mixed bag which fall unfairly Ripple. There should be room for reasonable exemptions, and that it will likely take an act of Congress to fix.

John Berlau, Senior Fellow at the Competitive Enterprise Institute, traced the history of financial innovation in his best-selling book George Washington, Entrepreneur: How Our Founding Father’s Private Business Pursuits Changed America and the World, not how the first President used tobacco warehouse receipts for money. Berlau challenged the view that cryptocurrencies endanger investors, noting instead that misguided regulation increasingly shuts out middle class investors from financial markets, limiting their ability to enjoy its benefits. He gave the example of Home Depot which went public in 1981 at $12/share with only 4 stores. The notion that entrepreneurs can use markets and exchanges to raise capital is increasingly limited. SEC regulation has had the perverse effect of increasing cost and legal and regulatory requirements such that firms must become significantly large before they go public. Larger IPOs with bigger threshold requirement reduce the participate of small investors. Cryptocurrency emerged as an alternative to centralized finance and offers a way for small investors to get involved, but government intervention hinders this democratization of innovation.

Berlau highlighted many defects in the SEC’s arguments as well as the downsides for other parties. He notes the lack of a working definition and limiting principle for the Howey Test and how that has led the court to find, for example, in Grenader v. Spitz that shares in private cooperative apartments were not securities. Even in the Howey case, the court observed that the shares on offer were to the orange grove real estate, not to the asset of the oranges themselves. This would seem to be an important point relating to Ripple and XRP, as investors have bought currency, not shares in the company.

The test laid out in the Howey case said a security is a product that has its value determined “solely” through the efforts of others, while the SEC and lower courts have broadened that to any efforts by the product maker to boost the value of the product. Lots of companies that make products that may be purchased as investments – such as those that make comic books and baseball cards – make efforts for better product placement and promotion that boost the value of their products, but that doesn’t make their products securities.

An interesting thing about dollars is that they would be exempt, because the securities laws have a specific exemption for “currencies.” But as Ripple notes in its reply to the SEC Wells notice, the plain language of this exemption would also apply to cryptocurrencies (See page 4 of Ripple’s reply). The SEC basically maintains the exemption only to state-backed currencies, but the law doesn’t specify this.

Leaning Into a Ripple Test

Levey raised one of my previous articles on replacing Howey with a “Ripple Test” for cryptocurrencies, where a more specific and relevant set of questions would determine the status of a digital token. The demand for a Ripple Test is evolving whether the SEC wins its case or not. The conversation has moved beyond the SEC, not only because its credibility has been shaken by its startlingly bad arguments in the pre-trial phase. There is a growing recognition that the treatment of XRP by the SEC has come to symbolize the U.S. government’s fundamental misunderstanding of  cryptocurrencies, decentralized ledgers and blockchain technology, and what they mean to the global economy. For Deaton and millions of other users of the technology, XRP will either be a triumphant hero or a martyr, but its legacy will play a role in defining the future of the global economy and whether the United States will be a player or a follower.