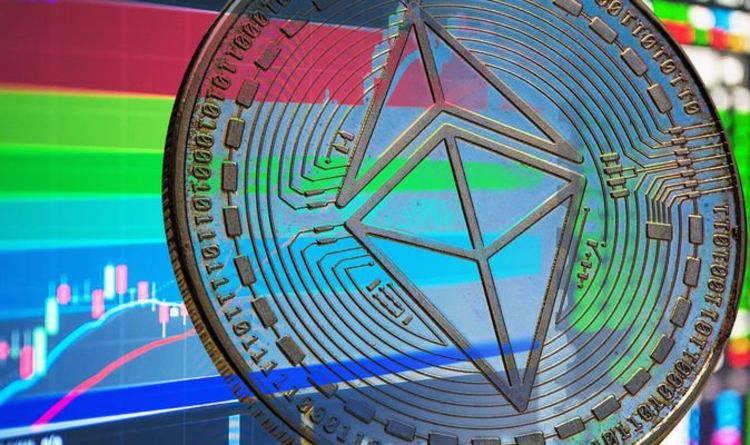 The world’s second-largest cryptocurrency by market cap has surged 27.51 percent in seven days amid the testing of the latest update of its core code. The London upgrade, or London Fork, is an Ethereum code upgrade to add a deflationary mechanism to the cryptocurrency and adjust and control transaction fees. The Ethereum network witnessed the first test deployment of its London upgrade on the Ropsten testnet on June 24.

Ethereum will likely rise on the hype and speculation surrounding the London upgrade event.

Eventually, the development team behind the cryptocurrency hope to resolve its flaws and create Ethereum 2.0.

This new version of Ethereum will be more scalable, secure and sustainable than the original cryptocurrency.

The creation of Ethereum 2.0 is going to be incremental, and the London Hard Fork upgrade is one of the stepping stones in renewing the Ethereum blockchain and protocol.

Ethereum will eventually upgrade to the less energy-intensive Proof of Stake consensus mechanism.

In the world of cryptocurrencies, control of the blockchain is proportional to the number of economic resources that have been invested in the network.

In Proof of Stake, which Ethereum is upgrading to, these resources involve staking amounts of Ethereum.

In Proof of Work, which bitcoin and Ethereum both currently rely upon to verify transactions, this control is based on how much processing power a miner can bring to the network.

DeFi refers to financial services built on a blockchain, such as the Ethereum network, that allows anyone to access financial products and services online in a decentralized and borderless manner.

Last month a leaked Goldman Sachs report said that Ethereum, because of its importance to DeFi, would dominate to become the most mainstream cryptocurrency within the near future.

The leaked Goldman Sachs report said Ethereum had a “high chance” of overtaking bitcoin as a “dominant” store of value.

The report labelled Ethereum as the “Amazon of information”.

Express.co.uk does not give financial advice.

The journalist who worked on this article does not own cryptocurrency.