One of the oldest Bitcoin websites on the net was hit by ransomware, and hackers want their payment in Bitcoin – Business Insider India 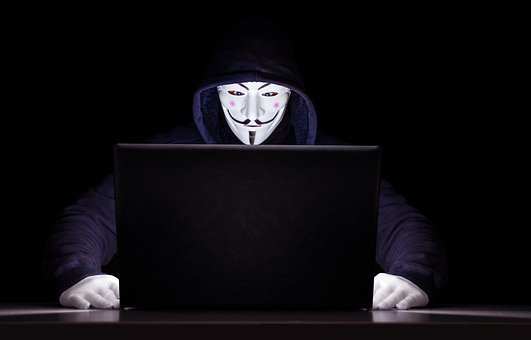 The owner of Bitcoin.org is not having a good run. After losing the case to host the Bitcoin white paper, the website has now become a victim of a ransomware attack. And, the hackers want to be paid off with Bitcoin worth just over $17,000 — around ₹ 13 lakh.

https://t.co/OsFgRFRRZb getting hit with an absolutely massive DDoS attack and a ransom demand to send Bitcoin or t… https://t.co/G0ezdfc1Ba

TOP VIDEOS FOR YOU

The website is run by a pseudonymous operator called Cøbra, and it was targeted by a Distributed Denial of Service (DDoS) attack. The attackers are demanding a ransom of 0.5 Bitcoin.

While the ransom amount may seem negligible since it’s not even a single coin, it’s a considerable sum for an educational website that’s been active since Bitcoin came into existence.

“Back in the day you could put up a reasonable fight against most DDoS attacks,” Cøbra told Coin Telegraph. “Now they just take you down at will. There is no ‘fight’ anymore, you go down and stay down until they leave you alone.”

The website is now up and functioning normally. While cyberattacks have become increasingly common, they’re usually channelled towards more prominent websites or businesses like crypto exchanges, wallets, payment gateways, and even social networks.

It’s an educational website that explains how Bitcoin can help individuals, businesses, developers, and more. It also acts as a directory to find all the tools required to start transacting in Bitcoin — exchanges, wallets, merchants, forums, events, and more. The point of the website is to encourage new users to adopt cryptocurrency and start transacting from any corner of the world without worrying about conventional rules.

In a nutshell, the website holds no funds or user data and purely acts as an open-source information provider on Bitcoin, blockchain, and cryptocurrencies in general.

It was first registered in 2018 and shared the Bitcoin white paper, authored by Satoshi Nakamoto — the anonymous creator of Bitcoin. In 2009, Nakamoto implemented the Bitcoin code and mined the chain’s tarting block, often referred to as the genesis block.

Last month, a UK court ruled in favour of an Australian scientist, Craig Wright, who claimed to have published Bitcoin’s white paper under the Satoshi Nakamoto pseudonym. He won a copyright case against Bitcoin.org, forcing the website to take it down for users originating from the region.

What is a DDoS attack?

A Distributed Denial of Service (DDoS) attack attempts to crash a server by overwhelming it with requests. The server is flooded with traffic or dummy information, triggering a crash since there’s always a limit on maximum permissible bandwidth. Once the attack is successful, the server remains down, depriving legitimate users of the service.

While DoS attacks do not typically result in the theft or loss of essential data or other assets, it costs time. If an e-commerce website is hit with a DDoS attack, it’ll not be able to accept new orders while the server is down. Indirectly, this means loss of business in the interim period and damage to the business’s reputation.

DDoS attacks have existed for decades, and they’re far from going out of style because the attacking mechanism continues to evolve, just like the defences. Attack sizes are increasing, growing from a few hundred requests per second in the 1990s to terabytes in the 2020s.

Last year, OKEx and Bitfinex were the largest crypto exchanges to fall prey to a DDoS attack. The attacks weren’t able to take down much of their services, but they were affected for a very short period of time. The attackers exploited the exchanges in-built features to overwhelm the server and OKEx revealed the attackers used 200 to 400GB of data to carry out the attack.

For a more in-depth discussion, come on over to Business Insider Cryptosphere — a forum where users can deep dive into all things crypto, engage in interesting discussions and stay ahead of the curve.

SEE ALSO:
The CEO of the world’s largest cryptocurrency asset manager reckons that crypto as an asset class is ‘here to stay’ — Here are 12 of his best quotes

This new electric scooter promises 240KM range on a 70-minute charge, could be priced under ₹1,20,000

Crypto.com admits over $30 million stolen by hackers – The Verge

In a blog post published in the early hours of Thursday morning, cryptocurrency exchange Crypto.com acknowledged that the company had...