Valid Points: The Fate of Ethereum Miners When There’s Nothing Left to Mine – Yahoo Finance 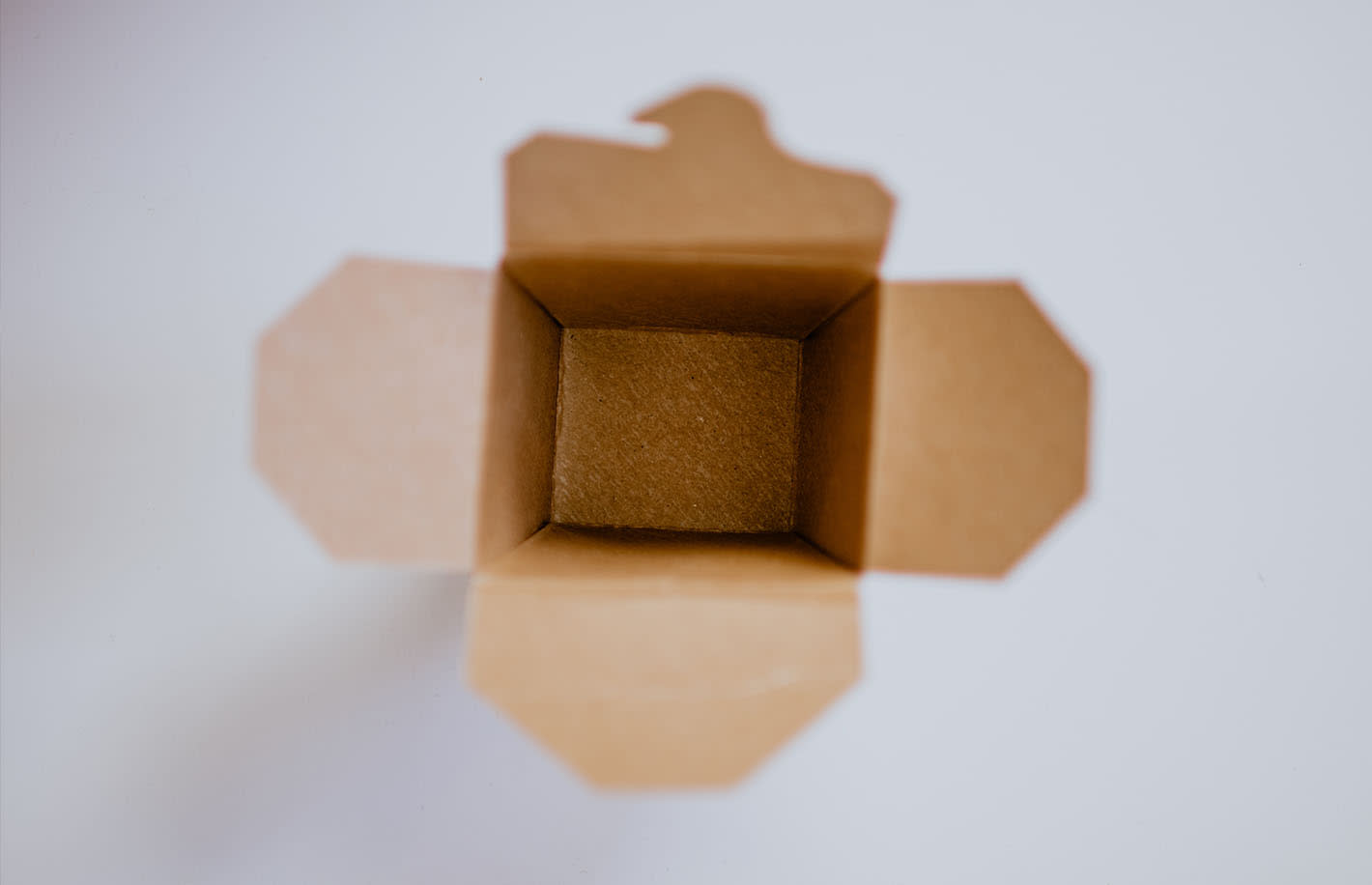 This week, we continue the conversation about Ethereum miners and how they’re preparing for changes to the reward dynamics of the network. Also, we take a look at what other asset types are popularly used on decentralized finance (DeFi) applications beyond ether (ETH).

Welcome to another edition of Valid Points.

The amount of ETH locked in DeFi applications declined 11.5% during the second quarter. Notably, the total dollar value of all crypto assets under management in DeFi apps remained steady over the same time period, which indicates a rise in other asset types such as stablecoins or governance tokens for DeFi collateral and liquidity.

In particular, the number of tokenized bitcoin created on Ethereum has been on a steady rise since the start of this year. As of Tuesday, there are more than 250,000 tokens backed by BTC, collectively worth roughly $8.6 billion at the time of writing and representing about 1.2% of total bitcoin supply.

While there are several protocols issuing bitcoin-backed stablecoins, the most popular one, responsible for over three-quarters of BTC supply on Ethereum, is Wrapped Bitcoin (WBTC).

WBTC leverages a technology known as “atomic swaps” to facilitate cross-chain cryptocurrency trades. Users on Ethereum can request new WBTC tokens from certified “merchants” after undergoing necessary anti-money-laundering and know-your-customer (AML/KYC) identification procedures. New mints and burns of WBTC are tracked publicly through the blockchain, as is the amount of BTC backing these tokens 1:1 on Bitcoin.

Speaking to the growing volume of tokenized bitcoin in DeFi, Denis Vinokourov, head of research at Synergia Capital, said in an interview with CoinDesk in June, “It shows the hunt-for-yield trade is nowhere near the exhaustion mark and also underlines the growing comfort, as well as a sense of security, that wrapping bitcoin is a safe method in earning yield on assets, be that by retail or more professional market participants.”

New frontiers: Mining after The Merge

The Merge is one of two upcoming code changes on Ethereum that is expected to radically change network monetary policy and reward dynamics. It seeks to reduce the energy consumption of Ethereum by an estimated 99.95%. The other, Ethereum Improvement Proposal (EIP) 1559, is aimed at improving the transparency and efficiency of Ethereum’s fee market.

Last week, we discussed miners’ perspectives on EIP 1559. While EIP 1559 is the more imminent upgrade slated for activation on the network early next month, its impact on miner revenue and profitability is minor in comparison with The Merge upgrade, according to Igor Stadnyk, the CEO of Ethereum mining pool Mineral.

Stadnyk is referring to changes that protocol developers have activated in the past on Ethereum to curb monetary inflation by reducing block subsidy rewards. Block subsidies are a fixed amount of ether awarded to miners for every block they successfully find and append to the blockchain. After The Merge, block subsidies will once again be reduced, only this time from 2 ETH to zero.

When there’s nothing left to mine

Once Ethereum merges with the Ethereum 2.0 Beacon Chain, mining on the network will become obsolete. For miners, there will be no block subsidies, no transaction fees and certainly no miner extractable value (MEV). Revenue from transaction fees and MEV will instead be awarded to users who contribute to network security by staking their coin holdings in increments of 32 ETH.

These users, also called “validator node operators,” will most consistently be rewarded on Ethereum in the form of interest on their staked ether. For validator node operators actively running software on Eth 2.0 today, their estimated annual percentage return (APR) for a single 32 ETH deposit is between 6% and 7%.

For Ethereum miner Brian Lee, those returns aren’t a convincing reason to make the switch from mining to validating post-Merge, given that he would likely have to sell some of his bitcoin holdings in order to have enough ether to stake. Lee’s long-term bets are on bitcoin becoming “a better store for wealth” than ether because of the experimental and frequently changing roadmap of Ethereum.

“So I’m thinking maybe I’ll switch to [mining] Ethereum Classic,” Lee said during a phone interview with CoinDesk. “There’s a ton of coins out there. I think a lot of guys I talked to [are] thinking about going to Ravencoin after Ethereum merges.”

As the world’s second-largest blockchain by market capitalization, Ethereum is the most profitable cryptocurrency to mine on graphics processing unit (GPU) devices. These devices are also frequently used for video gaming applications. GPUs, unlike application-specific integrated circuit (ASIC) devices that dominate the Bitcoin blockchain, can be repurposed for different tasks and computations.

Michael D. Carter, the host of cryptocurrency mining YouTube channel BitsBeTrippin, told CoinDesk in a phone interview that according to his calculations, if all Ethereum GPU miners were to move over to Ravencoin, the price of the coin would have to appreciate roughly 10 times in order for miners to remain profitable.

To Carter’s mind, the more likely scenario post-Merge is that miners end up splitting their computational energy, also called hashrate, across multiple different coins that support GPU mining and stay in business by spreading out to several new blockchain networks.

“You’re going to see network discovery and you’re going to get buzz around other networks naturally because people are going to want to know: Where are the miners going to be pointing their hashrate? Is there anything as profitable? What’s the value propositions of these other networks?” Carter said.

And it won’t just be miners doing network analysis and profitability projections post-Merge for mining alternatives to Ethereum.

Wolfgang Spraul, director of operations at Linzhi, a cryptocurrency mining hardware manufacturing company that builds Ethereum ASICs, told CoinDesk in an email, “If nobody on Ethereum is left using Ethash-PoW, [Ethereum’s mining algorithm], we will work with Ethereum Classic. And if no one there wants to use Ethash-PoW any longer, we will work with smaller coins like Ubiq.”

At this stage in the game with The Merge estimated by developers to be ready for activation early next year, mining pools such as 2Miners say it’s “too early to announce anything” concrete.

Plus, Carter adds, there’s still lots of work to be done on the protocol development side for The Merge; as such, the Ethereum mining community will want to keep a close eye and stay involved in the development process.

“We’re all investors and have aligned interests with regards to ETH succeeding, so it’s a bit counterintuitive to torch that to the ground [prematurely],” Carter said. “Let’s get through [EIP 1559] and then let’s get … back to The Merge.”

Factoid of the week

Valid Points incorporates information and data directly from CoinDesk’s own Eth 2.0 validator node in weekly analysis. All profits made from this staking venture will be donated to a charity of our choosing once transfers are enabled on the network. For a full overview of the project, check out our announcement post.

You can verify the activity of the CoinDesk Eth 2.0 validator in real time through our public validator key, which is:

Search for it on any Eth 2.0 block explorer site.

Ethereum Just Hit a 5-Month Low. See How That Compares to Its Price History – NextAdvisor

Ethereum Just Hit a 6-Month Low. See How Its Drop Below $2,400 Compares to Its Price History – NextAdvisor