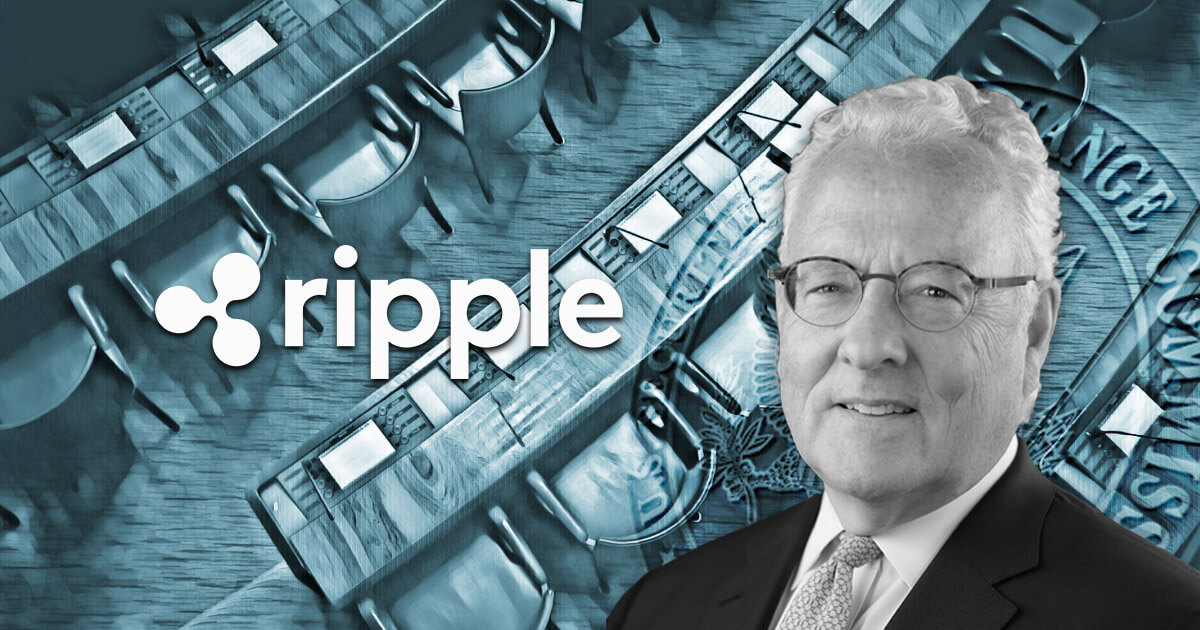 Ripple Labs, the blockchain company behind the XRP token that is currently locked in a $1.3 billion legal battle with the U.S. Securities and Exchange Commission (SEC), has rescheduled the deposition of William Hinman, the SEC’s former director of Division of Corporation Finance, to July 19, according to court filing published last Friday.

“Mr. Hinman’s deposition has been re-noticed for July 19, 2021, to accommodate his availability,” stated Ripple’s lawyers in their filing.

As CryptoSlate reported, the SEC filed a lawsuit against Ripple Labs and its executives—CEO Brad Garlinghouse and executive chairman Chris Larsen—in late 2020. The regulator alleged that defenders have “raised over $1.3 billion through an unregistered, ongoing digital asset securities offering”—in the form of XRP— since 2013.

As part of its defense, Ripple wants the SEC to explain why XRP is allegedly being treated differently from other cryptocurrencies such as Bitcoin (BTC) and Ethereum (ETH). Namely, the company points to a statement that Hinman made in 2018, suggesting that both BTC and ETH shouldn’t be considered securities due to their inherent decentralization.

“When I look at Bitcoin today, I do not see a central third party whose efforts are a key determining factor in the enterprise. The network on which Bitcoin functions is operational and appears to have been decentralized for some time, perhaps from inception,” Hinman said at the time, adding:

“Based on my understanding of the present state of Ether, the Ethereum network and its decentralized structure, current offers and sales of Ether are not securities transactions.”

Initially, Ripple planned to depose Hinman on June 30. However, the SEC argued that there were not enough “exceptional circumstances” that would allow deposing someone “who held one of the highest-ranking positions within an independent federal agency, in order to question him about external meetings (about which they could depose other participants), and about internal SEC deliberations that are privileged.”

To prevent Hinman from testifying on XRP, the SEC filed a motion to quash his deposition on June 24.

“They’re [Ripple] saying to Judge Netburn that they would like a decision denying the SEC’s Motion to Quash before then so they can take Mr. Hinman’s deposition that day,” explained James K. Filan, a defense lawyer, and former federal prosecutor, on Friday.

They’re saying to Judge Netburn that they would like a decision denying the SEC’s Motion to Quash before then so they can take Mr. Hinman’s that day.

Meanwhile, the price of XRP itself is seemingly indifferent to Ripple’s legal woes. At the time of writing, the token is up nearly 3% on the day, trading at roughly $0.644, according to crypto metrics platform CoinGecko.

These CBN-infused gummies will put you to sleep quickly, but won’t keep the party going.Collegian | Tri DuongPhoto Illustration by...

Is Ripple’s XRP a security and does the SEC believe in its own case theory? – FinanceFeeds

Conspiracy theories aside, it remains worthy of note that the SEC, which has sought injunctive relief many times, has forgotten...

Indeed, the case for utility has just initiated a new chapter as XRP moves into the wider blockchain universe to...

XRP price has witnessed its momentum flip to the downside following recent weakness. Ripple could be awaiting a 48% plunge...