A hacker was arrested for taking over numerous high-profile verified Twitter accounts in a 2020 cryptocurrency scam. 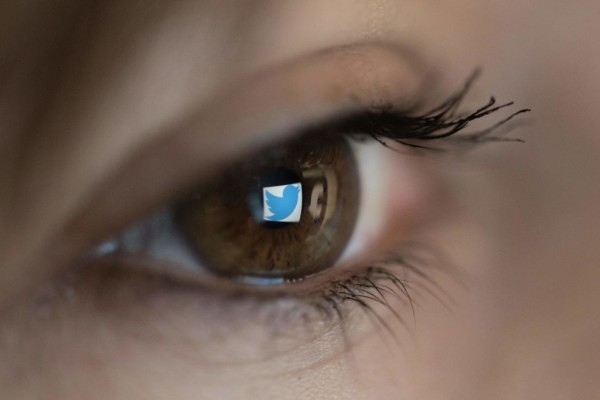 (Photo : by CHRISTOPHE SIMON/AFP via Getty Images)
An illustration picture taken on March 22, 2018 in Paris shows a close-up of the Twitter logo in the eye of an AFP staff member posing while she looks at a flipped logo of Twitter.

As per Newsweek, the United States authorities caught a United Kingdom citizen, Joseph O’ Connor, in Estepona, Spain. His alleged involvement in the July 2020 Twitter hack has compromised hundreds of accounts that belonged to prominent people.

It is worthy to note that the Spanish National Police performed the actual arrest under the warrant that came from the United States.

The 22-year-old hacker was not only apprehended by the authorities due to his involvement in the massive Twitter hack and crypto scam. He also allegedly hacked TikTok and Snapchat accounts, as well as creepily stalking an unnamed juvenile online.

Hacker News reported that the Twitter hack, which occurred on July 15, 2020, is considered one of the most significant security lapses in the history of social media platforms.

It is worth noting that the official accounts of Bill Gates, Jeff Bezos, Elon Musk, and even the former United States President Barack Obama, were among the victims.

The scammers/hackers used these prominent Twitter profiles to ask their followers for $1,000, which sends to a Bitcoin wallet address. The scam statement went on to promise that upon transferring the sum, they will get twice the price of what they paid, which in this case is $2,000.

What sets this scam apart from previous cases is that it seems to have more credibility as the message came from the likes of Bill Gates or Elon Musk’s official Twitter account, flaunting the blue check icon beside their name.

Twitter back then called the massive hacking mess a “coordinated social engineering attack,” adding that its employees with direct access to the internal tools were victimized. As such, the criminal minds have pocketed Bitcoins to the tune of $120,000.

Later on, on July 22, 2020, Twitter disclosed that the crypto scam hack had also compromised the direct messages of 36 prominent accounts.

Read Also: Cypto Scam: 25 Google Play Store Apps Fool Rookie Investors to Pay a Fee to Mine on their Smartphones

The authorities arrested the hacker who goes by the name “PlugWalkJoe” with the help of some witnesses who recognized his voice from Discord and Google calls.

The Justice Department of the United States further noted that O’Connor’s length of sentence depends on the decision of the federal district court judge, which is based on the Sentencing Guidelines of the country, plus “other statutory factors.”

Elsewhere, Apple co-founder, Steve Wozniak, recently lost a lawsuit against YouTube after a crypto scam video on the platform used his face to attract victims.