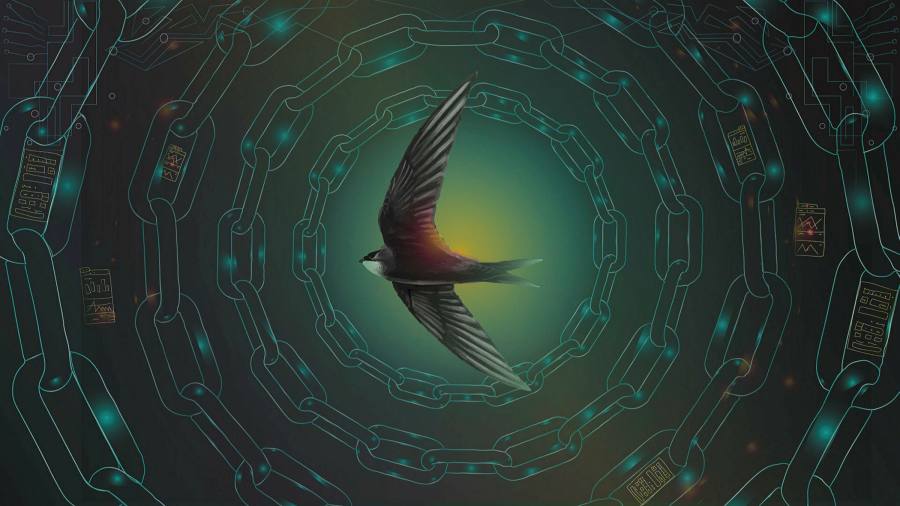 So far, so boring, many might think. Payment processes rarely grab public or political attention, unless they go wrong. In that sense they are like household plumbing.

But investors should wake up. For this joint initiative (together with the Bank of China, Citi, Bank of New York Mellon, Deutsche, Standard Chartered and BNP Paribas) is one sign of a potentially vicious battle now erupting due to the rise of cryptocurrencies and the technology behind them.

The wider public tends to view digital tokens, such as bitcoin, primarily in terms of whether they can act as a store of value and medium of exchange. Many politicians are simultaneously caught up in the emerging debate around the potential of central bank digital currencies.

But what is equally important — and often overlooked — in all of these conversations is what blockchain and the cryptocurrencies it supports could do to financial plumbing, not just inside countries but between them. This could reshape not just finance, but US geopolitical leverage as well.

Swift is currently both a crucial linchpin of global finance and a peculiarity which seems ripe for disruption. It first sprang to life back in 1977, when American and European banks created a jointly-owned utility to perform correspondent banking services. (As an admirably lucid new book, The Pay Off, explains, this occurred because Citi was developing a proprietary payments network, and its rivals hated the idea of a monopoly sitting in private hands.)

Today Swift remains a non-profit co-operative, with 11,000 members and facilitating payments worth an eye-popping $1.5tn a day. It does this not by actually moving money, but by enabling banks to dispatch messages that credit or debit their accounts as payments occur.

This makes it akin to an electronic post system. Swift officials, however, prefer to dub it the world’s large “fintech”. Maybe so. But its Achilles heel is that it is anything but “swift”. On the contrary, The Pay Off notes that until recently Swift’s payments were slow, its costs high and the utility slow to embrace innovation because it had a bureaucratic culture and weak governance structure.

Unsurprisingly, this has prompted fintech upstarts, such as Ripple and Facebook’s Diem project, to create plans to challenge Swift with innovations such as distributed ledger technology (“blockchain”).

Some of Swift’s own members are also challenging it. JPMorgan, for example, is developing a particularly bold blockchain initiative system called Onyx with a messaging system called Liink. This is already moving “billions each day’, according to officials.

Meanwhile, the Russian and Chinese governments are reportedly creating rival platforms, since countries subject to US sanctions, such as Iran, have occasionally been excluded from the network. (Gottfried Leibbrandt, the former Swift head and co-author of The Pay Off, recently explained to an FT forum that while the utility is technically independent, Washington has sanction power because half of Swift’s payment flows are in dollars.)

Will these challenges topple Swift? Definitely not in the short term. Even if Russia and China build rival systems, it is unlikely others would choose to rely on these in a world where the overwhelming majority of global trade is currently invoiced in dollars. And while fintech start-ups are performing small-value, cross-border retail payments — and aim to dominate specific niches — none have any scale, yet.

Moreover, the key thing to understand about platforms such as the ambitious JPMorgan Onyx/Liink system is that they are “closed loop”, as opposed to Swift’s open system. Rivals thus have an incentive to collaborate with Swift to promote interoperability. Fintech is a world of frenemies.

But even if short-term challenges can be fended off, the long term is uncertain. It is very unlikely that the US Treasury would choose to let Swift be disintermediated, given its geopolitical significance. Washington and Wall Street thus have a joint incentive to help the utility fend off competition, by following others’ innovations.

And Swift is trying to do precisely that. Four years ago it introduced one big upgrade: a new “global payments innovation” to improve processes. The recent announcement in partnership with the banks is supposed to deliver more digital capabilities in November 2022.

A 15-month plan, however, looks achingly slow to anyone in Silicon Valley — or in Beijing, which is racing ahead with its digital currency. Swift’s ambitions also seem modest compared to the promise of blockchain.

So the issue being fought over in Brussels is not just one of technical and geopolitical importance — must cross-border payments occur via messages? Should America weaponise dollar flows? — but also commercially critical. Can an incumbent monopoly ever effectively steal from disrupters?

The fact that the answers are uncertain is unnerving. And more important than the hype around cryptocurrencies.

For the latest news and views on fintech from the FT’s network of correspondents around the world, sign up to our weekly newsletter #fintechFT