Litecoin price is currently experiencing a decreased bullish momentum, which could result in a sideways movement or a pullback. While this retracement is necessary, it will provide buyers an opportunity to book profits and come back stronger.

On August 9, Binance revealed plans to perform a reverse token split for Litecoin and Uniswap leveraged tokens. This split will consolidate 100,000 of either LTC or UNI tokens to 1.

According to the announcement,

A reverse token split is a process that consolidates the existing number of issued tokens into a smaller number of proportionally more valuable tokens.

A user holding 1,000,000 LTCUP or LTCDOWN will see only ten tokens after the split occurs.

This process allows users “a better trading experience,” according to Binance. The trading for these tokens will be paused for a total of 24 hours starting August 17 at 03:00 UTC. Since leveraged tokens are risky, the exchange advised its users to redeem their tokens before the split to avoid price changes.

While this uptrend was impressive, the bulls seem to have lost their momentum, leading to a retracement. The support level at $149.20 is the most likely candidate for harboring the incoming selling pressure.

Interestingly, this barrier was recently flipped into a support level after acting as a resistance barrier preventing multiple attempts to breach it. Therefore, investors can expect this demand floor to hold its ground.

Assuming the buyers make a comeback, LTC will likely take a jab at the mid-point at $171.62. Breaching this barrier will allow Litecoin price to tag the $180.91 resistance level. This move would constitute a 21% upswing from $149.20. 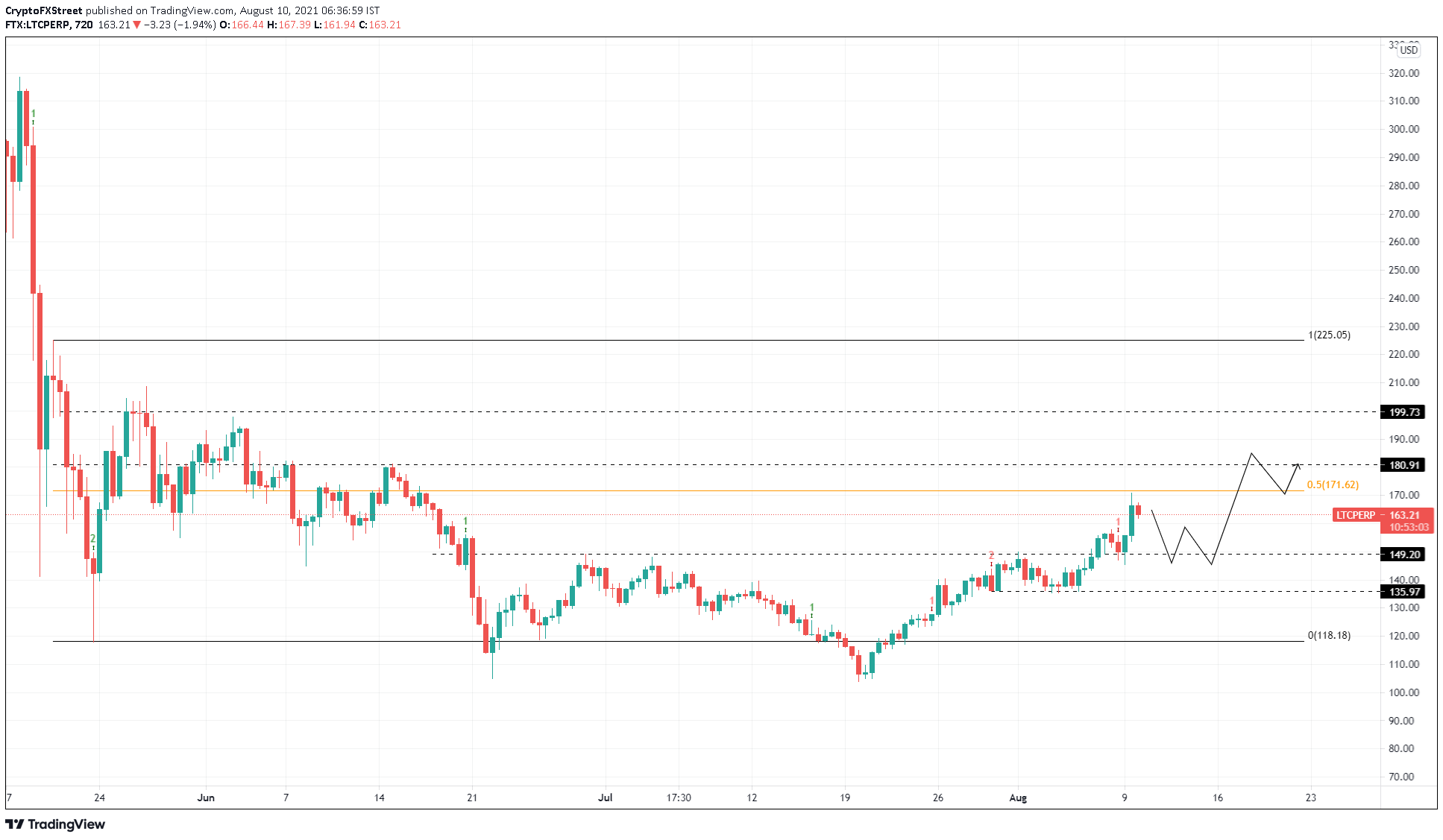 Investors need to note that the bullish thesis assumes that the buyers make a comeback at $149.20. Therefore, an inability of the buyers to follow through or an increased selling pressure that overwhelms the bullish momentum could jeopardize the outlook explained above.

A breakdown of $135.97 to create a swing low will invalidate the bullish scenario and potentially trigger a sell-off to the range low at $118.18.

One of the biggest disadvantages of Litecoin is its lack of demand, when compared to other altcoins in the market....

Disclaimer: The information presented does not constitute financial, investment, trading, or other types of advice and is solely the opinion...