An Introduction to Blockchain – The CPA Journal

Bitcoin was introduced to the world under a cloud of mystery in January 2009. A white paper, Bitcoin: A Peer-to-Peer Electronic Cash System, published in 2008 under the pseudonym of Satoshi Nakamoto, outlined the concept; to date, the authorship of the paper remains unknown. What is known is that the underlining technology, the blockchain, has implications for the accounting profession. Many are still wondering what blockchain means for the accounting profession more than 10 years after its introduction.

It is worth noting that Bitcoin was not the first, nor the last, attempt at developing a digital currency (also referred to as cryptocurrency) and the blockchain. Several attempts existed in some form in the early 1980s and continue to evolve today:

Presently, over 1,600 digital currencies using blockchain are in circulation. Some critics see these virtual currencies as speculative assets, while others suggest they are good investments. Regardless, the underlying technology—the blockchain—is relevant to accountants and auditors alike. 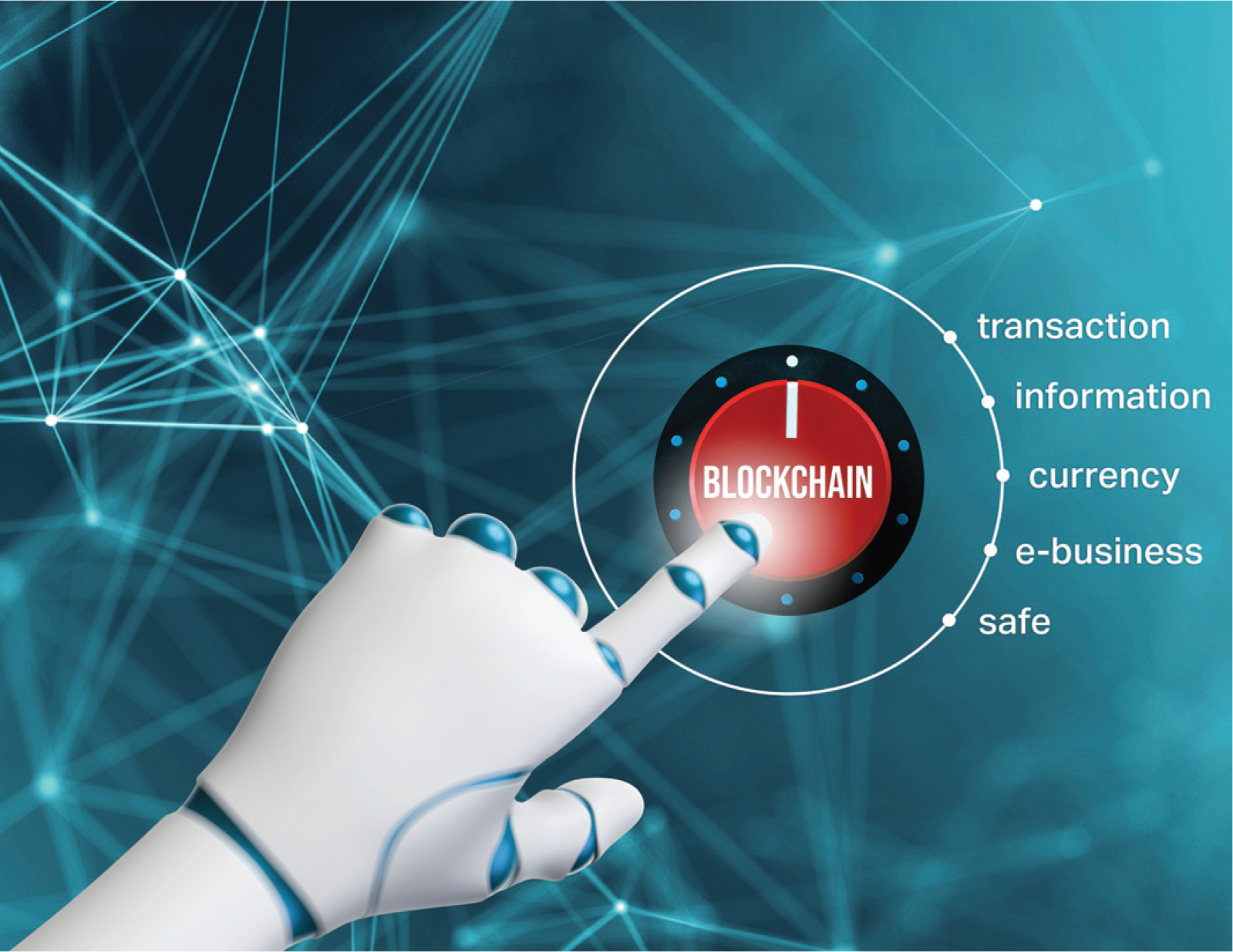 How does the Blockchain Work? 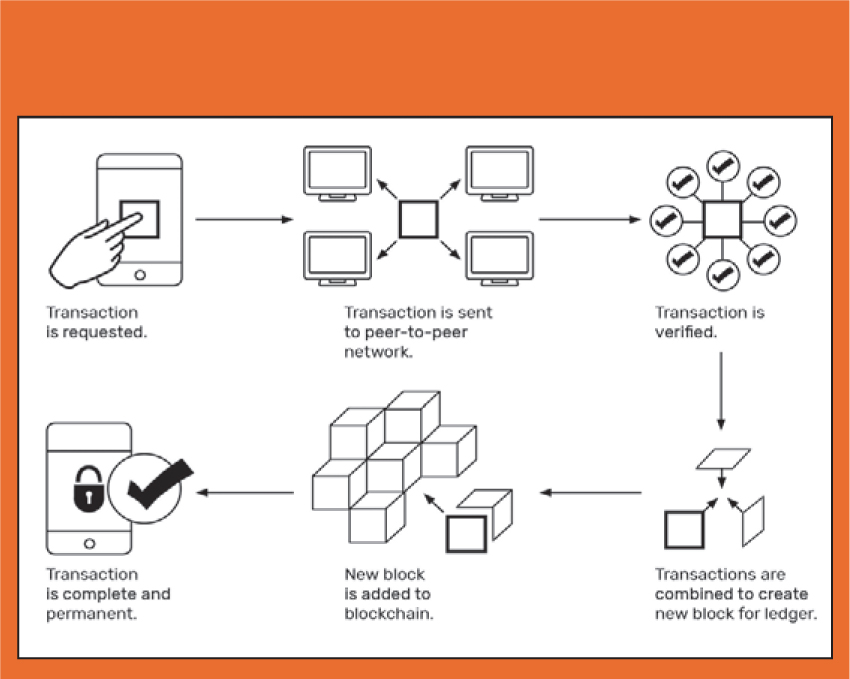 All transactions are replicated across the network of users and then stored in each member’s computer system, enabling a distributed ledger—which may be shared across numerous locations, organizations, or countries.

What Makes a Distributed Ledger Different?

The distributed ledger created using blockchain technology is unlike a traditional network, because it does not have a central authority common in a traditional network structure (see Exhibit 2). Decision-making power usually resides with a central authority, who decides in all aspects of the environment. Access to the network and data is subject to the individual responsible for the environment. The traditional database structure therefore is controlled by power. 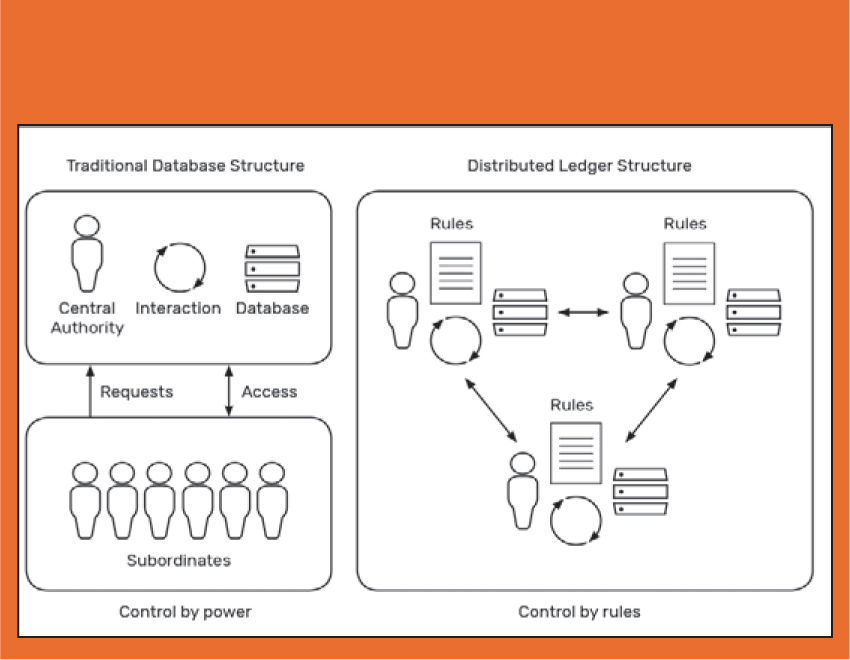 In contrast, the distributed ledger is control by rules, not a central authority. The database is accessible to all the members of the network and installed on all the computers that use the database. Consensus between members is required to add transactions to the database. Each transaction is encrypted using an algorithm and a “key” to convert an unencrypted input (i.e., plain text) into an encrypted output (i.e., ciphertext). Accordingly, transactions in a distributed ledger are expected to be:

As with any new technology, CPAs will need to acquire new technical skills to process, review, and audit transactions in a blockchain, the details of which will depend upon the services provided.

Even though blockchain technology is more secure than a traditional database, it is still susceptible to a security breach. In a public network, a group of participants (or participant) with 51% of the computing power may collude to revise transactions in the network. To mitigate of the risk of a “51% attack,” a public network may adopt a different consensus algorithm (e.g., proof-of-stake in lieu of proof-of-work). Using such an algorithm will prevent collusion among members of the network, because the stakeholders of a transaction have an interest to act in a nonmalicious manner.

Alternatively, a firm may adopt a distributed private network, which is more like a traditional transaction ledger. Members will be independent, third-party (e.g., vendors, customers, lenders, external auditor) stakeholders that have no direct interest in colluding with other members. Recent accounting scandals and financial restatements, however, indicate that no system is impervious to collusion. Still, blockchain technology offers a promising platform that is more secure and transparent than the technology we use today.

How Will the Blockchain Transform Accounting Information Systems?

The blockchain enables the implementation of a system of accounting that requires transaction verification from a neutral third party. A total of three entries will be created, because each party (the two parties involved in the transaction and the intermediary) creates a record for the transaction (Grigg 2005). Such a system is referred to as a “triple-entry” accounting information system.

Dai and Vasarhelyi (“Toward Blockchain-Based Accounting and Assurance,” Journal of Information Systems, vol. 31, no. 3, pp. 5–21, 2017) use an enterprise resource planning (ERP) system and operating cycle transaction to illustrate how the blockchain will enable a triple-entry accounting system. Each account in the double-entry system will have a corresponding blockchain account. Basically, when a company purchases inventory from a supplier on account, a journal entry debiting inventory and crediting accounts payable for “X” amount is entered in the ERP system. A corresponding entry is made simultaneously to the blockchain accounts and ledger using a token. Think of a token as a digital version of a vehicle that is used to record and track transactions from the ERP system to the blockchain accounts and ledger; the same process is undertaken for each transaction. Different types of tokens can be used for different types of events. A smart contract can be encoded with an obligation token to execute a payment once certain conditions are met (e.g., the payment due date has been reached).

Smart contracts (also called digital contracts) are contracts written into lines of computer code used to program the blockchain. They facilitate the autonomous execution of pre-specified terms based on future conditions and activities. Smart contracts encoded with accounting and business rules could efficiently control the recording process. The following are examples of tasks smart contracts can execute:

Even so, a wide range of approaches have emerged that may lead to block-chain accounting systems (see Exhibit 3). These approaches range from IT services that use a build-on-request approach to special application programming interfaces (API) that permit an institution’s ERP system to communicate with a blockchain application. One start-up is developing an accounting-specific system using blockchain technology, while another develops workflow solutions using distributed ledger technology that can be employed to develop a blockchain accounting system.

Although these technology start-ups promise lower transaction costs and auditing costs, pinning down the costs of implementation and associated savings remains elusive given the nascent stage of the technology.

How Will Blockchain Technology Transform the Profession? 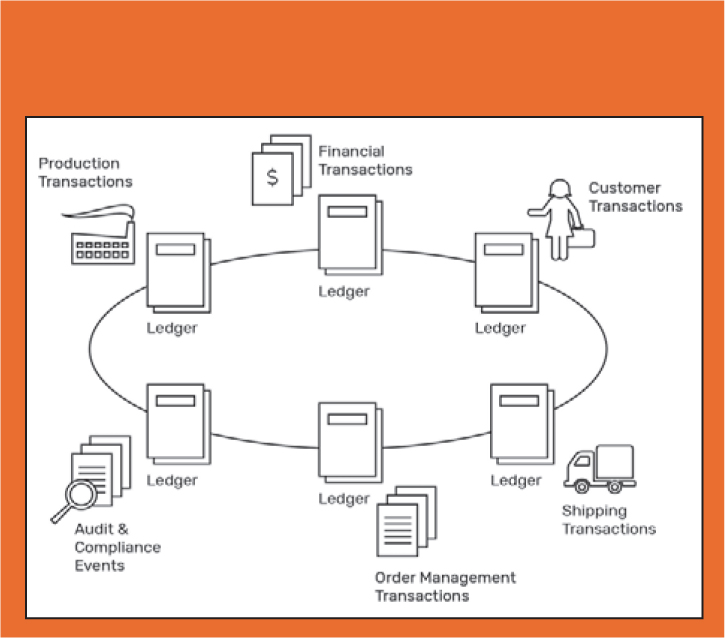 Blockchain technology has two core qualities that make it novel and powerful—a distributed ledger and immutable transactions. For the accounting profession, these qualities translate to:

What Are the Challenges with Applying Blockchain Technology?

While blockchain technology appears to have transformative qualities that will have promising implications for the profession, several challenges will delay its adoption:

What Does it Mean for the Profession?

Blockchain technology proposes an alternative accounting information system that mitigates the challenges faced by the current double-entry system and transforms the technological skill set and focus of the profession. It promises to provide better data quality, increase financial reporting transparency, and provide real-time reporting in an environment that increases trust and lessens the opportunity for fraud. CPAs will need to acquire a working knowledge of the blockchain and smart contracts to navigate in this new triple-entry accounting environment. This emerging and disruptive technology also promises to alter the accounting professional’s perspective, from transaction-focused to analytical.

New technologies have traditionally faced adoption challenges (e.g., EDP and ERP systems). Therefore, it is not surprising that organizations have not yet embraced blockchain technology in general, and distributed ledger technology specifically. It’s not clear how long organizations will take to adopt block-chain and alternative accounting information systems due to the numerous aforementioned challenges. Only time will tell. In the interim, CPAs should commit to learn about the technology, experiment with it and participate in its innovation.

Geraldo Vasquez, DBA, is an assistant professor of accounting at the School of Business, State University of New York–Farmingdale State College, Farmingdale, N.Y.