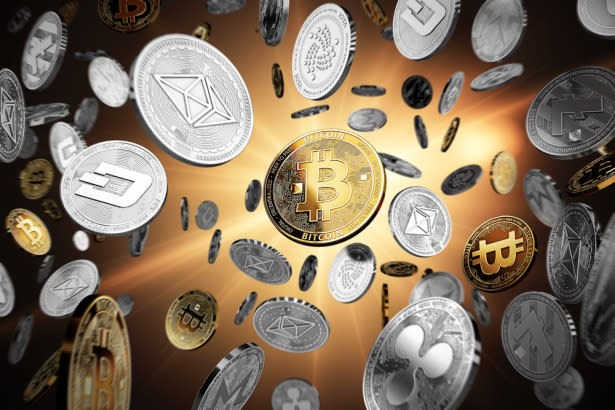 After a bullish Thursday, it’s been a mixed morning for Bitcoin and the broader crypto market.

Falling short of the first major resistance level at $47,887, however, Bitcoin slipped back to sub-$47,000 levels before finding support.

The Rest of the Pack

It has been a mixed morning for the broader crypto market.

Binance Coin was down by 0.57% through the morning to buck the broader market trend.

It’s been a bullish morning for the rest of the majors, however.

At the time of writing, Crypto.com Coin and Polkadot were up by 4.56% and by 4.82% respectively to lead the way.

Through the early hours, the crypto total market fell to an early morning low $1,986bn before rising to a high $2,019bn. At the time of writing, the total market cap stood at $2,008bn.

Support from the broader market would be needed, however, for Bitcoin to break out from $47,500 levels.

Barring an extended crypto rally through the afternoon, resistance at $48,000 would likely leave Bitcoin short of the second major resistance level at $49,008.

In the event of an extended rally, however, Bitcoin could target $50,000 levels, however, before any pullback. The third major resistance level sits at $52,077.

Barring an extended sell-off on the day, Bitcoin should steer clear of sub-$44,000 levels. The second major support level sits at $42,870.

Looking beyond the support and resistance levels, we saw a bullish cross this morning with the 50 EMA crossing through the 100 EMA. The 50 also pulled away from the 200 EMA providing support through the morning.

A further widening of the 50 EMA from the 100 and the 200 EMAs this afternoon would bring resistance levels into play.