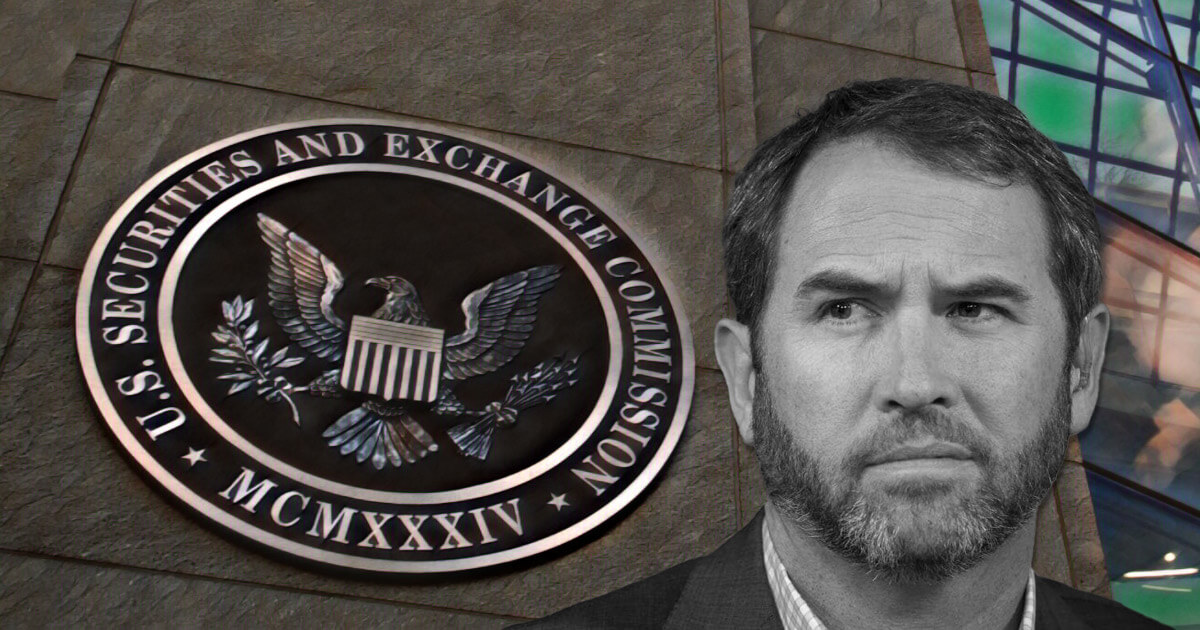 In reference to the unfolding SEC lawsuit, Ripple CEO Brad Garlinghouse doesn’t hold back in framing the case as farcical. Specifically, he referred to the upholding of impossible fair notice standards and due process.

Rather ominously, he also suggests no one is safe, given that the SEC could be plotting enforcement against anyone next.

“This has been clear from the start — the SEC’s lawsuit isn’t just about Ripple, it’s about what “…impossible standards of fair notice and due process” through regulation by enforcement can do to crypto innovation. “Anyone could be next without warning.”

Garlinghouse’s comments were in response to a Forbes article titled, “The Crypto Uprising The SEC Didn’t See Coming.”

As the title suggests, author Roslyn Layton details how the SEC’s lawsuit against Ripple has resulted in a level of “blowback” few were expecting, least of all the SEC themselves.

“No one expected the tsunami of legal, political and social media action from retail cryptocurrency investors, outraged by the betrayal from an agency claiming to protect their interests. “

Layton says the overriding consequence of the lawsuit has seen an erosion of the SEC’s credibility amongst the crypto investment community.

She adds that this “blowback” isn’t so much about pro-Ripple support bubbling to the surface. Rather, it comes down to an objection over the arbitrary notices and “regulation by enforcement” that has characterized the Ripple case.

Further criticism arises from the SEC’s apparent lack of foresight regarding the consequences of their actions, which are summarized as provoking a cautionary approach when it comes to conducting crypto business in the U.S.

“The uprising against the SEC is not particularly pro-Ripple but a backlash against regulation by enforcement and deliberate market confusion that has exasperated investors and driven developers overseas.”

Garlinghouse had always maintained that the lawsuit was an attack on the U.S crypto industry. As the discovery phase has gone on, these words have become all the more palpable.

The SEC scores a rare win

Last month, the SEC filed a motion to compel discovery of information on Ripple’s communications on the Slack messaging platform.

Ripple had opposed this on the grounds of the difficulty in collecting the data, plus the unnecessary cost (estimated at $900,000) of doing so.

Wednesday saw the Court grant the SEC’s motion. Ripple is now ordered to search and produce the relevant Slack messages from the 22 custodians identified by the SEC.

Shark Tank star Kevin O’Leary, aka Mr. Wonderful, says he has zero interest in investing in anything with litigation from...

With the increase in the adoption of digital assets across several mainstreams, some countries are strategizing on moving with the...