Ethereum rival Solana surges 50% in a week. All about this 7th largest crypto – Mint 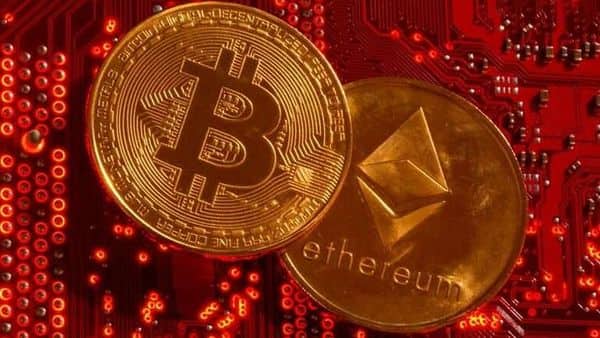 The cryptocurrency linked to the Solana network has recently jumped to the seventh spot among the world’s top 10 largest virtual coins, ousting dogecoin, amid optimism that the blockchain could be a long term competitor to Ethereum. Solana’s SOL token has tripled in about three weeks and now has a market value of more than $45 billion, according to CoinGecko.

Solana claims to be the fastest blockchain in the world and the fastest growing ecosystem in crypto with over 400 projects spanning DeFi, NFTs, Web3 and more, as mentioned in its website. Solana is believed to be a potential long-term rival for Ethereum which is currently the most-used network for applications like decentralized finance and digital collectibles. Solana’s website says that the average cost per transaction is $0.00025.

Solara’s token has rallied 50% in seven days, as per CoinGecko, whereas other cryptos have struggled to give positive returns. SOL has more than quadrupled in the past 30 days as its prices have skyrocketed from around $35 to currently at $163 level.

In June, it announced that it had raised $314 million in a funding round with investors including Bankman-Fried’s Alameda Research, venture capital firm Andreessen Horowitz, Polychain Capital and CoinShares, as reported by Bloomberg.

Alternative coins or altcoins have recently taken the limelight from popular digital tokens like Bitcoin and Ether, the coin linked to ethereum blockchain, as the like of Cardano, Solana, Binance Coin have surged in recent weeks amid the crypto rout.

Meanwhile, Bitcoin prices have plummeted from more than $52,000 per coin, to $42,000, before recovering about half of that loss after El Salvador became the first country to adopt Bitcoin as legal tender on Tuesday. However, the rollout stumbled in its first hours and El Salvador President Nayib Bukele said the digital wallet used for transactions was not functioning. The crash in the most popular token also sparked sell-off in other cryptos including ether, dogecoin, cardano and other.

(With inputs from Bloomberg)