Litecoin price has faced the brunt of the collapsing market as it sliced crucial support levels. However, LTC is currently above another key demand barrier, which will decide the altcoin’s near future, i.e., if it will head higher or lower.

Litecoin price hangs by a thread

Litecoin price rose roughly 40% between August 31 and September 5, clearing the $211 resistance level and flipping it into a support barrier. While this development opened the path to $294.21, the unforeseen market crash put a hole in the bulls’ plans.

As a result, LTC crashed 30%, undoing most of the gains seen over the past week. Now, Litecoin price is hovering above the $160.86 support level, which saw roughly five retests since August 12.

The market does not show a clear sign if the sell-off is over and that a reversal is in progress. Hence, altcoins could go either way, depending on what happens with the big crypto. Assuming the sell-off continues, a decisive daily close below $160.86 will create a lower low, adding to the investors’ bearish sentiment.

If such a move occurs, market participants can expect LTC to decline 10% to tag the immediate support level at $145.40 and the next barrier at $135.49. 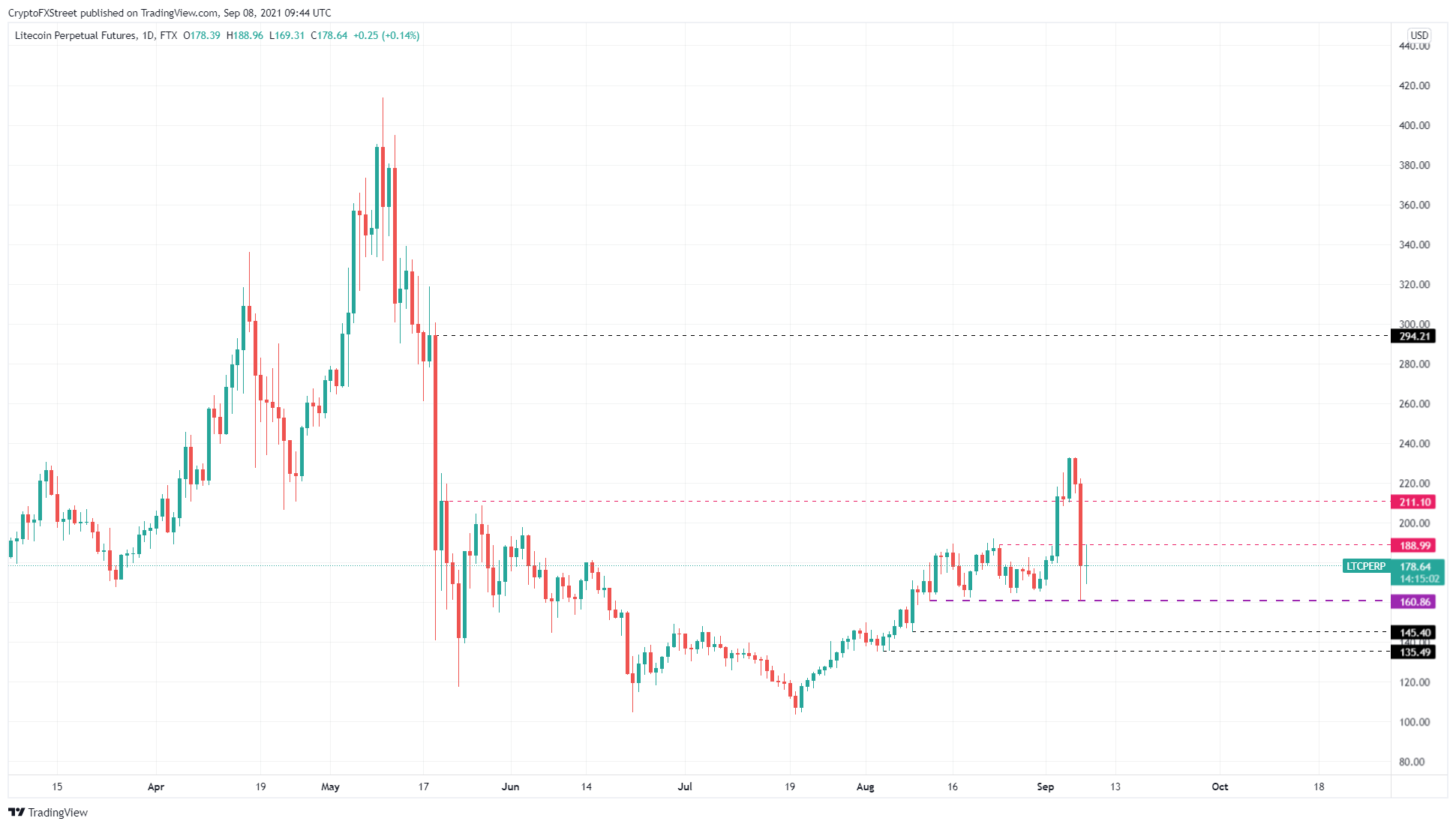 On the other hand, if Litecoin price manages to bounce off the $160.86 demand barrier, it will face the $188.99 resistance barrier. A decisive daily close above this level will open the path to $211.

If LTC manages to flip this ceiling into a foothold, it will invalidate the bearish thesis and potentially trigger a 40% upswing to $294.21.