The fake news release was reported on by different news sites and even posted on Globe Newswire as well as Litecoin’s verified Twitter accounts. These have since been deleted.

Due to the fake Walmart news release, the price of Litecoin went up for a period of time before it fell back to its original price.

Walmart is not Accepting Litecoin as Payment

According to a report by the BBC, the fake news release was reported on by a number of news sites and even posted on Globe Newswire, which is “a service widely used to distribute press material from companies.”

The report also quoted a statement by Globe Newswire that said that a fake user account was used to create the news release that was eventually confirmed to be false.

While Walmart may not be accepting Litecoin as payment, the company may not be a stranger to cryptocurrencies. A Tech Times report from last year stated that rumors swirled around the internet that Walmart was releasing its own cryptocurrency called “WalmartCoin.”

Despite the news release claiming that Walmart will start accepting Litecoin, ending up being fake, prices of the cryptocurrency went up over it.

According to the BBC report, “the price of Litecoin jumped from about £125 per token to close to £170, before falling back near its original price, at about £128.”

When converted to US Dollars, the price of Litecoin went from around $172 to $235 over the fake Walmart news release. 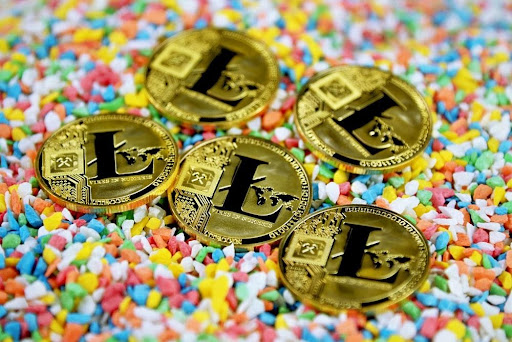 Litecoin is one of the many cryptocurrency options available in the market.

On its official website, Litecoin defines itself as “a peer-to-peer Internet currency that enables instant, near-zero cost payments to anyone in the world.” It is a decentralized global payment network that is open source.

Related Article: NFT vs Cryptocurrency: Are They the Same Thing?

The Litecoin blockchain, according to the website, “is capable of handling higher transaction volume than its counterpart – Bitcoin.”

Wallet encryption is also an important aspect of Litecoin as it keeps your wallet and the coins in it secure.

Also Read: Is Coinbase a Sustainable Tech Enterprise in an Over-Inflated Market?