Planting The Seeds Of A Crypto Revolution: How Blockchain & Decentralized Finance Can Feed The Poor In Africa – Forbes 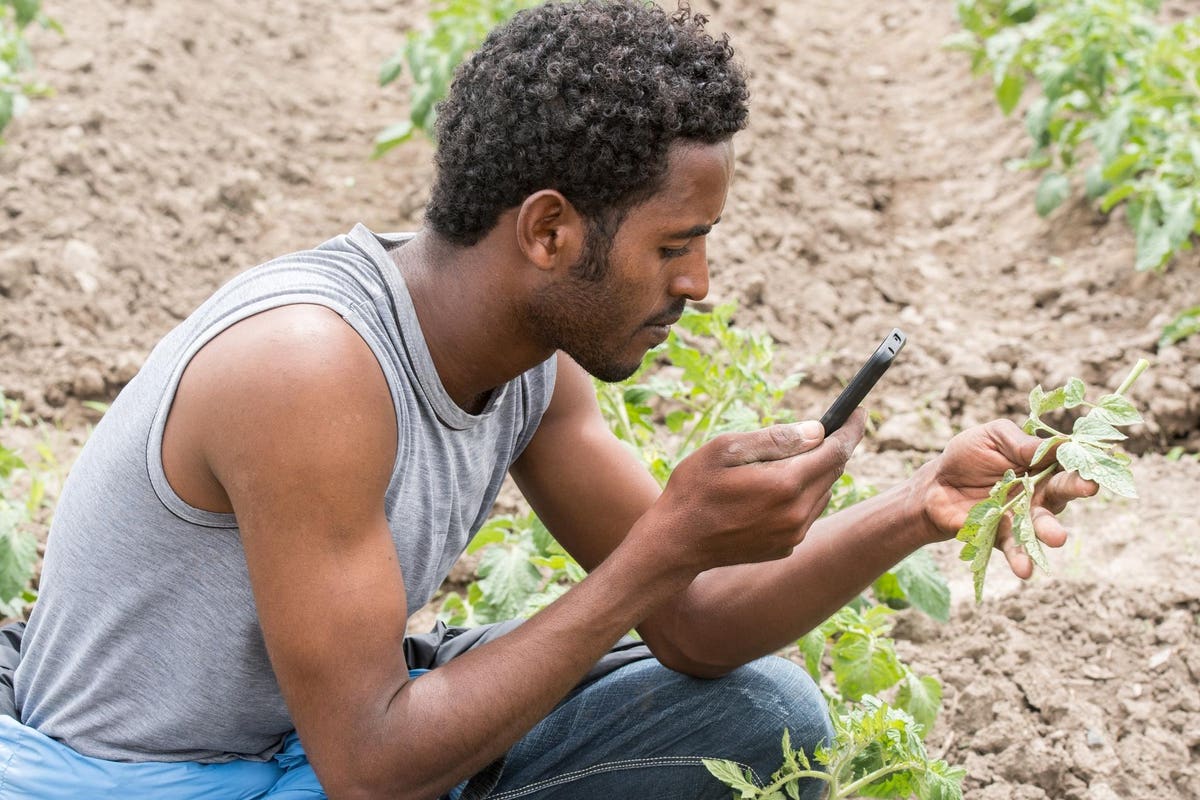 A cryptocurrency firm is aiming to tackle food poverty in Africa with an ambitious mobile voucher system that will give rural farmers better access to finance for growing crops.

KamPay will initially draw funding from a network of lotteries operated on its soon-to-be-launched digital wallet, before expanding into wider pools of decentralized finance, chief executive Chris Cleverly told me in an interview.

“There’s always been a culture in southern Africa – certainly in Zimbabwe, Zambia and Malawi – around this voucher system,” he explained. “The government used to give out vouchers to individual farmers. The farmers would then take the voucher down to a store to get a subsidized price on their fertilizer.

“For a while [this physical voucher system] was very successful … but it got quite corrupt in the end. By putting that sort of a system onto the blockchain, the corruption element is eliminated.”

Blockchains use peer-to-peer technology to record and validate transactions on a shared ledger, removing the need for individuals or companies to act as trusted parties.

Bitcoin became the world’s first blockchain when it launched in 2009 in an effort to revolutionize financial services by establishing a new form of digital money separated from commercial banks and central governments. Thousands of other so-called cryptocurrencies have been launched in its wake – but blockchains do not, necessarily, need to fulfill a monetary function.

And Cleverly believes that kind of innovation can bring fertilizer vouchers into the 21st century – not only ensuring greater transparency, but also opening the door to an array of broader support services for farmers.

“Essentially, it’s a micro-finance solution where we have an agreement with the product provider, which is usually seeds,” he said, referring to KamPay’s partnership with Africa Grain & Seed. “We choose the seeds. We choose the plants … [The farmers] borrow the money through the voucher system – which we lend – and it’s not paid back until they’ve cultivated and sold their goods.

“Then, when it’s paid back, they take their profits and they can stay within the token ecosystem … for other services like education and insurance.”

He said that borrowed funds are subject to an initial “lock-in period” to minimize credit risk and ensure that the voucher system is not abused.

Once profits have been distributed, however, farmers are free to use the proceeds any way they see fit – on or off the platform. KamPay’s wallet will allow users to store the company’s own cryptocurrency, Kamari; other mainstream cryptocurrencies, such as bitcoin; local fiat cash balances; and potentially stablecoins.

KamPay is also looking to cooperate with Tingo, an agri-tech firm that leases cellphones to Nigerian farmers so they can access goods and services at competitive prices. Cleverly became group president of Tingo last month.

Loans will initially be funded by a series of lotteries operated on the gaming portal of KamPay’s digital wallet.

Lottery licenses have been secured in seven African countries, along with sports betting licenses in 12 countries and digital casino licenses in nine countries.

Pressed on the apparent contradiction of using socially harmful gambling services to fund socioeconomic development in Africa, Cleverly insisted that sports betting is “definitely not front and center” of the business model. Betting and casino licenses are often bundled with lottery licenses on the continent.

At the same time, though, he defended KamPay’s plan to include entertainment services such as live sports streaming and mobile gaming on the platform.

And he insisted that the lottery model, in particular, has a proven track-record of creating social benefits.

“The system of lottery is sometimes called, in inverted commas, a ‘taxation’ – because it actually allows you to aggregate sums of money to do social good. It also enables you to provide the sums that you need to loan out. So it creates a cycle, and it’s a steady cycle. You can almost absolutely define the profit levels in a properly run lottery.”

Another bonus: the lottery system “is and remains the greatest customer acquisition model in the world”.

Longer-term, Cleverly said the “big dream” for KamPay is to fund its loans with some of the $80bn currently sloshing around decentralized finance (DeFi) markets.

Lenders and borrowers on DeFi platforms follow the same principles as traditional market participants: loans are secured against a borrower’s collateral and issued at an agreed interest rate with certain conditions for repayment.

What’s revolutionary about DeFi, however, is the mechanism through which these agreements are managed. Rather than relying on third parties to conduct credit checks and guarantee or pursue repayments, DeFi uses blockchain technology to enforce and escrow loans – specifically, deploying so-called “smart contracts” that bind lenders and borrowers to their word.

The nascency of DeFi means that vast amounts of cryptocurrency wealth are deployed in this way for speculative yield – earning interest from traders who use the funds to reinvest in the cryptosphere.

“That’s not really what the promise of cryptocurrency was supposed to be about,” Cleverly noted.

“What it was supposed to be about was [establishing] how all of us can support humanity with value – equally distributed, or distributed in a way that can be equally useful. And that’s not been achieved yet … The dream has to be to create a DeFi solution that allows for you to actually get a true yield.”

After launching with the lottery model, KamPay ultimately hopes to offer peer-to-peer loans that will generate returns for both lenders and farmers – without financial middle-men taking a cut.

And while that kind of decentralized finance could transform countless industries, Cleverly believes African agriculture is first in-line for adoption.

Farmers on the continent have the greatest need for financial empowerment, he said, as well as being unencumbered by legacy infrastructure that all too often has a chilling effect on innovation. That gives them a clean slate on which they can experiment with new, more democratic financial models.

“Technology does actually leapfrog,” Cleverly insisted. “In the West, you’ve got a banking system that’s very centralized and very aggressively against change.

“[In Africa] it’s actually about building from the ground up. So what would you choose? Would you put in the systems that exist right now for our financial services? For our lawyers? For our accountants? No, you wouldn’t. Would you put in the services that already exist in Europe – [ones] relating to payment gateways, salary payments, insurance payments? I mean, you just wouldn’t. You’d start from first principles.

“The first principle is, ‘How do we support farmers so they feed the maximum amount of people?’. That’s your first principle. So you’re going to use [mobile] technology that allows them to stay in situ, where they are, to do that farming. You’re going to allow them to do what they do best, and support them.”

Smartphone penetration in Africa is already high thanks to the continent’s youthful demographics and poor landline telecommunications services. Mobile banking applications and digital wallets are also extremely popular as about two-thirds of Africans are unbanked.

This goes some way to explaining why Africa’s adoption of bitcoin is arguably the highest in the world.

Factor in the double-digit inflation that’s pummeling many African economies, and it’s easy to see why citizens of the continent are beginning to turn their backs on centrally-governed financial models.

“Centralization hasn’t worked in Africa,” Cleverly said, “partly because the center has not actually been in Africa. It’s been in New York or London or Paris or Beijing.

“If you want to make hunger a thing of the past, the way to actually do that is to put the farmer at the center of it all – keeping the wealth outside of the hands of the few; distributing it amongst the many; and having the decision-making processes written into code from the very beginning.

“The farmer can be the hero in the story if you build around the farmer. And that’s what we’re trying to do. We’re looking for ways to support the farmer, not exploit the farmer.”