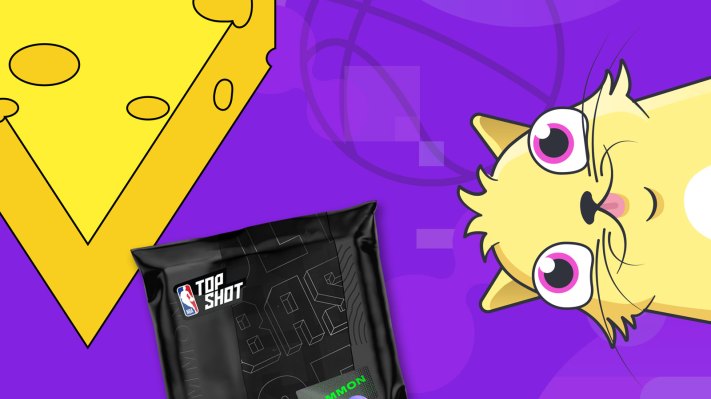 Roham Gharegozlou has been betting on the potential success of NFTs for years. This year, it happened.

Gharegozlou and the team at his startup, Dapper Labs, shipped the blockchain world’s first popular game, CryptoKitties, back in 2017. The startup then launched NBA Top Shot late last year, and it promptly caught fire and brought worldwide attention to the crypto collectibles space.

We caught up with the Dapper Labs CEO at TechCrunch Disrupt 2021 last week to discuss the challenges facing the crypto space, the future of Ethereum and how quickly NFTs blew up this year.

Top Shot’s success has made Dapper Labs a venture darling — the company announced a $250 million funding round last week, reaching a reported $7.6 billion valuation. The massive valuation is not just a bet on the continued success of Top Shot, it’s also a nod to the potential of the platform that Dapper Labs is building for other consumer-minded blockchain developers. The startup has built its own blockchain, called Flow, sidestepping the popular Ethereum blockchain, which the vast majority of successful NFT platforms live on today. Dapper Labs is betting that won’t be the case for long.

“For the first year or year and a half of Dapper Labs, we spent about $30 million trying to build on Ethereum. We built Dapper Wallet — the user experience you see on Top Shot, we tried building it on top of Ethereum,” he says. “We realized there are multiple issues. There’s cost, there’s scale, there’s throughput, there’s all these things, but fundamentally, it’s all about user experience. The user experience that you build for when you’re designing a protocol and blockchain for financially sophisticated traders or very hardcore DeFi things, those aren’t the same trade-offs that you want when you’re building for consumer applications.”