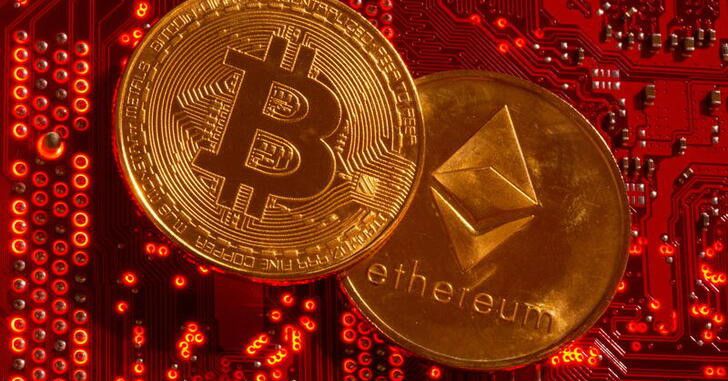 Representations of cryptocurrencies Bitcoin and Ethereum are placed on PC motherboard in this illustration taken, June 29, 2021. REUTERS/Dado Ruvic/Illustration

The company and law firm names shown above are generated automatically based on the text of the article. We are improving this feature as we continue to test and develop in beta. We welcome feedback, which you can provide using the feedback tab on the right of the page.

September 28, 2021 – Using the term “blockchain” is a buzz word that most lawyers do not understand. It is often confused with things such as “Bitcoin” — a digital currency launched in 2009 by a mystical person known only by the pseudonym Satoshi Nakamato.

A blockchain and Bitcoin are different.

Visualize blockchain as an operating system like Microsoft Windows and “Bitcoin” as one of many applications that can be run on a blockchain.

Think of a blockchain as a computerized ledger that can record and translate information into an encrypted hash code with a digital timestamp called a “block” that then can be linked to other information in the next “block” going forward in chronological order.

The key to understanding the functionality of a blockchain operating system requires understanding cryptographic hashing. MD5 stands for Message-Digest algorithm 5 invented by MIT Professor Ronald Rivest in 1991 to replace the MD4 standard. MD5 is a one-way hash function because there is no way to reverse the encryption. Today, MD5 is widely used to convert variable-length plain text into a 128-bit hash value represented as a 32-digit hexadecimal.

Hash codes create unique and immutable tamper-proof records. Digital forensic experts routinely use hashing methods to verify that copies of digital evidence match the original data from which the copies are made, i.e., the hashes or “fingerprints” match. A blockchain provides an efficient, cost-effective, reliable and secure system for managing trade secret metadata with a timestamp function built into the blockchain linking the blocks chronologically.

The plaintiff in a trade secret misappropriation lawsuit must prove existence, ownership, notice and access (the “EONA” proofs):

•Ownership: Plaintiff has ownership rights in the information.

•Notice: Defendant had actual, constructive or implied notice of the trade secret status of the information.

These evidentiary proofs can be established by the testimony of witnesses and the admission of documents or other physical evidence, or now, as discussed in this article, the admission of blockchain evidence.

Blockchain evidence can drastically reduce or eliminate material issues of fact in a trade secret misappropriation lawsuit saving the parties millions of dollars in discovery costs.

Cryptography and hash codes have been used for years by digital forensic experts. Today there are thousands of applications using the blockchaining platform. Authentication of blockchain evidence will not be an issue in the trial courts. States are enacting special “blockchain” statutes.

Review these statutory definitions in Section 5 of the Act:

Sec. 5. Definitions. As used in this Act:

•”Blockchain” means an electronic record created by a decentralized method by multiple parties to verify and store a digital record of transactions which is secured by the use of a cryptographic hash of previous transaction information.

•”Cryptographic hash” means a mathematical algorithm which performs a one-way conversion of input data into output data of a specified size to verify the integrity of the data.

•”Electronic record” means a record created, generated, sent, communicated, received, or stored by electronic means, including a blockchain or a smart contract.

•”Record” means information that is inscribed on a tangible medium or that is stored in an electronic or other medium and is retrievable in perceivable form.

•”Smart contract” means a contract stored as an electronic record which is verified by the use of a blockchain.

Applying these statutory definitions, the Illinois Legislature sets forth the following permitted uses of blockchain in Section 10 of the Act:

Sec. 10. Permitted use of blockchain.

(c) If a law requires a record to be in writing, submission of a blockchain which electronically contains the record satisfies the law.

(d) If a law requires a signature, submission of a blockchain which electronically contains the signature or verifies the intent of a person to provide the signature satisfies the law.

For years, China has been criticized for failing to protect trade secrets in Chinese courts.

The vexing issues for China relate to the difference between a civil law system and a common law system.

With no right of discovery—no interrogatories, no document production requests, no depositions—the plaintiff in a Chinese court could not meet its evidentiary burden of proof to prove trade secret misappropriation by a preponderance of the evidence.

The discrepancy in the U.S. and Chinese legal systems appeared intractable but China has recently changed its system for the judicial protection of trade secrets in two major ways: (1) accepting blockchain evidence to prove the existence and misappropriation of trade secrets and (2) shifting the burden of proof to the defendant when certain presumptions are met.

Blockchain technology is a game changer both in the United States and internationally.

Opinions expressed are those of the author. They do not reflect the views of Reuters News, which, under the Trust Principles, is committed to integrity, independence, and freedom from bias. Westlaw Today is owned by Thomson Reuters and operates independently of Reuters News.

R. Mark Halligan is a partner at FisherBroyles, LLP and is based in Chicago. He focuses his practice on intellectual property litigation and is recognized as a leading practitioner in the development of automated trade secret asset management blockchain systems. He has taught Advanced Trade Secrets Law in the LLM program at UIC John Marshall Law School for the past 26 years and is the lead author of the “Defend Trade Secrets Act Handbook,” 3rd Edition, just published by Wolters Kluwer. He can be reached at [email protected]

TAIPEI, Taiwan--(BUSINESS WIRE)--HashBrownSwap (HBS) announced the appointment of Ian Scarffe as Blockchain and Crypto Advisor. During the cold crypto currency...

Fintech-Ideas Brings Blockchain Functionality to Its Range of Platforms – Cryptonews

Disclaimer: The text below is a press release that was not written by Cryptonews.com.Berlin, Germany, 3rd July, 2022, ChainwireEnterprise software...

In this digitized world, blockchain technology is one of the topics that is bound to turn heads. 96% of financial...

Nowadays, the blockchain market as a whole is in its infancy, and the decentralized finance (DeFi) market is its most...