Ripple (XRP) price action consolidates in a symmetrical triangle formation, with prices getting squeezed in from both sides evenly. The overall downtrend is still very much intact since September 7 and looks to be still dictating further moves in XRP price action. With intermediary support at $0.84, XRP sellers will look for the monthly S1 support level to target booking profit.

XRP price action has drawn a symmetrical triangle on the chart, with an even test on the downside and the upside. Both bears and bulls have dipped their toes to see how strong or weak this formation is. But for the moment, it looks to be an even battlefield.

However, bears are still very much dictating the price action, as three elements are backing their corner. At first, the 200-day Simple Moving Average (SMA) around $0.96 forms a cap on price action for XRP. The 200-day SMA is a hefty and important element, as in the past it played the role as price cap before, muting any further possible upside. A force to be reckoned with.

XRP price bears have as a second reason the daily Relative Strength Index (RSI) – which is sub-50 – but is not threading the oversold barrier. This gives bears more room to still push price action in XRP further to the downside. Overall, bears favor here as the overall sentiment is still very much in a downtrend since September 7. 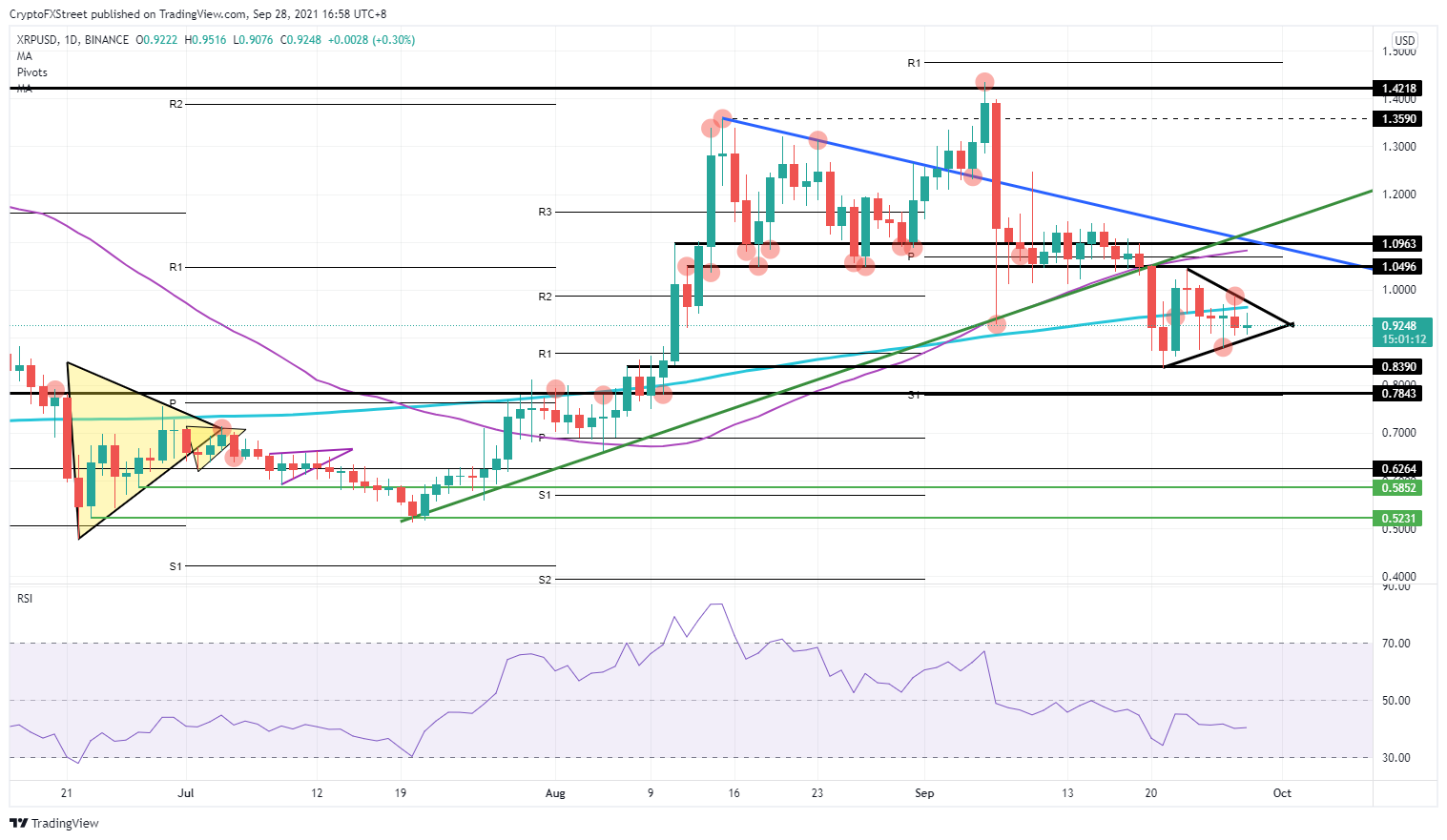 Expect a pennant breakout, with XRP price dipping towards $0.84. As that barrier is only an intermediary level, a further leg lower is the probable outcome towards $0.78. This level has more credibility, with importance coming from June 09, and falls in line with the monthly S1 support level. Sellers will have this level indeed lined up as an area to cash in some profit.

If market sentiment should shift to the upside, expect bulls to attempt and break out of the pennant, with a possible overhaul of the $1 marker.

Like this article? Help us with some feedback by answering this survey: