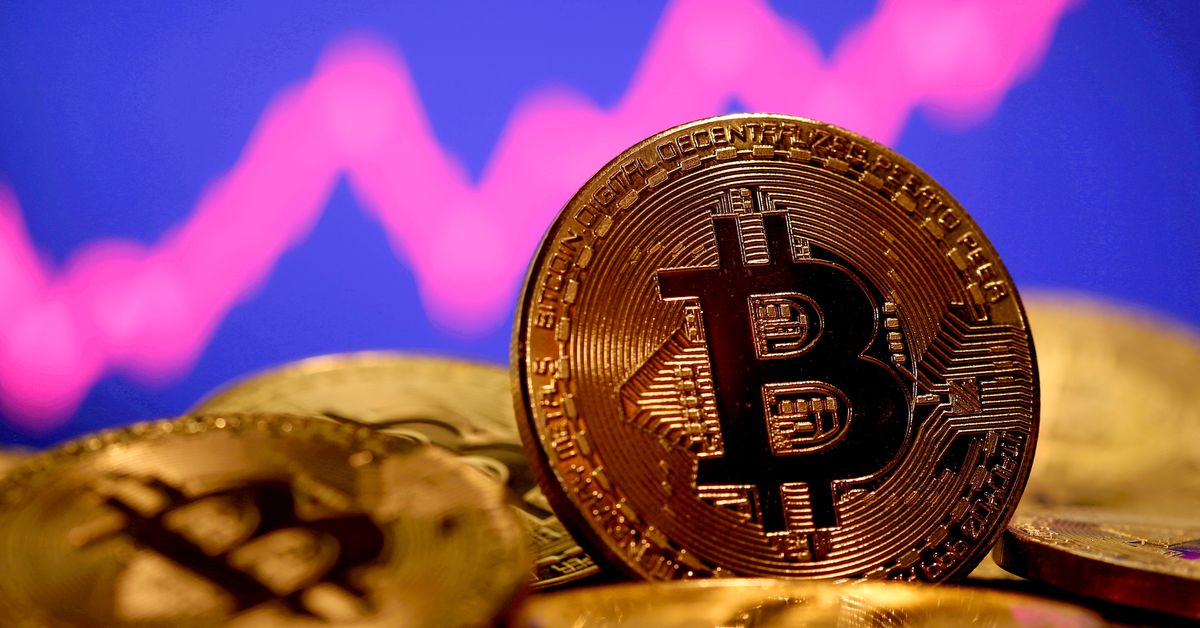 A representation of virtual currency Bitcoin is seen in front of a stock graph in this illustration taken January 8, 2021. REUTERS/Dado Ruvic/File Photo

NEW YORK/LONDON, Oct 1 (Reuters) – Bitcoin rose on Friday to its highest level since around mid-September, bolstered in part by seasonal factors as well as supportive comments overall from Federal Reserve Chairman Jerome Powell on Thursday.

Powell, in testimony to Congress, said the Fed has no intention of banning cryptocurrencies. The reply came in response to a question from House Representative Ted Budd.

Some analysts also said October is typically a bullish month for digital assets, with September historically a bearish period for the sector.

“Q4 has often seen strong performances and the expectation the trend will continue this year can become a self-fulfilling prophecy. It is possible that we will see new all-time highs in Q4, especially that on-chain data, particularly in the case of bitcoin, seem to indicate a potential for a strong bull market continuation.

He also cited Powell’s comments on Thursday as one factor for bitcoin’s positive price action.

The largest cryptocurrency was last up nearly 9% at $47,742, hitting a high of just under $48,000. If gains are maintained, bitcoin would be on pace to post its largest daily percentage gain since mid-June.

Reporting by Gertrude Chavez-Dreyfuss in New York and Tom Wilson in London; Editing by Saikat Chatterjee and Chizu Nomiyama